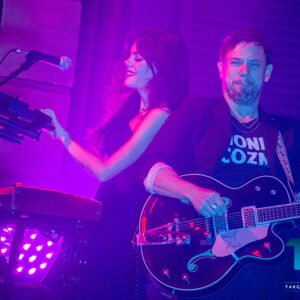 The Airborne Toxic Event came through Atlanta March 31st, closing out the month with a night of great music at Buckhead Theatre. The tour is in support of the band’s latest album Hollywood Park, which was released in 2020, and the tour was postponed until this year.

The band kicked things off with the title track from Hollywood Park, and “Brother How Was The War?” came next, a slow-burn song which told a story about writing letters to loved ones during a war. Things picked up for “Faithless,” the newest single released earlier this year, which showed off the incredible talents of violinist Miriam “Mimi” Peschet and guitarist Steven Chen.

Lead singer Mikel Jollett was a natural storyteller throughout the night as he spoke about the songs, most notably “The Place We Meet a Thousand Feet Beneath the Racetrack,” which he said reminded him of going to the racetrack with his father, who passed in 2015. He also mentioned that said racetrack was torn down a mere three weeks after his father’s death, but it would always be a beautiful memory. Jollett’s memoir, which shares the name of the album and was also released in 2020, is a further dive into more of his stories.

It wouldn’t be a proper show without the singles fans love to hear, and Airborne delivered with “Numb” and “Changing,” both from 2011’s All At Once, the fun crowd sing-along “Gasoline” from 2008’s self-titled album, and perhaps the band’s most well known and beloved song, “Sometime Around Midnight,” from the same album.

The members of the band truly gave their all during the night’s performance, with the bright, full sound and lighting worthy of a stadium show and an obvious love for what they do. Definitely a show worth checking out and bringing a few friends along if they are coming to your city! Check out the remaining tour dates below and also be sure to check out Jollett’s memoir. 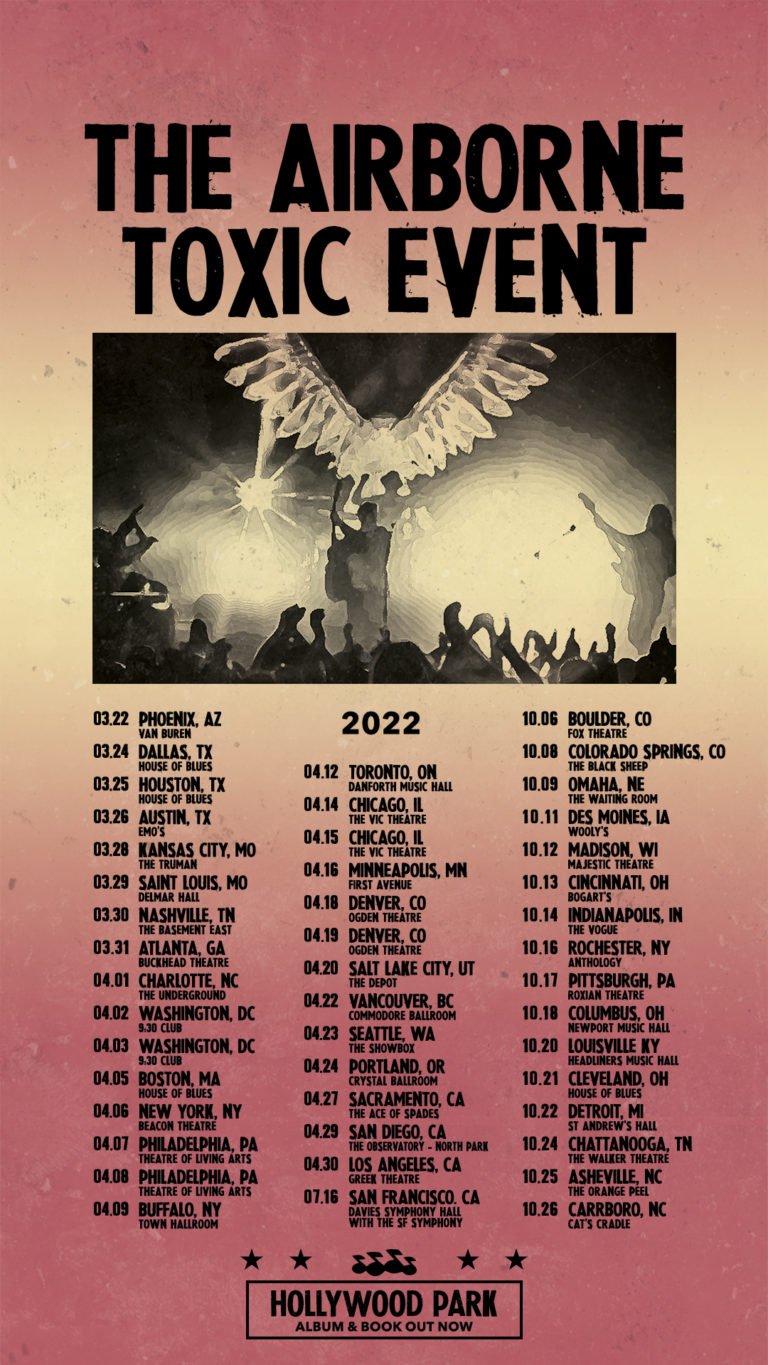