This is a two-part interview! To read part one, click here.

Chances are you know who Jon Bailey is, but just don’t realize it. Not only has Bailey been doing voice over and voice acting work in movie trailers, video games (most notably as the Council Spokesperson in the XCOM franchise) and animation for several years, he is well known as the “Epic Voice” of Honest Trailers on YouTube.

At MomoCon 2015, Bailey took time out of his day to sit with TAM and talk about Honest Trailers, his own YouTube channel, and his career in voice acting. 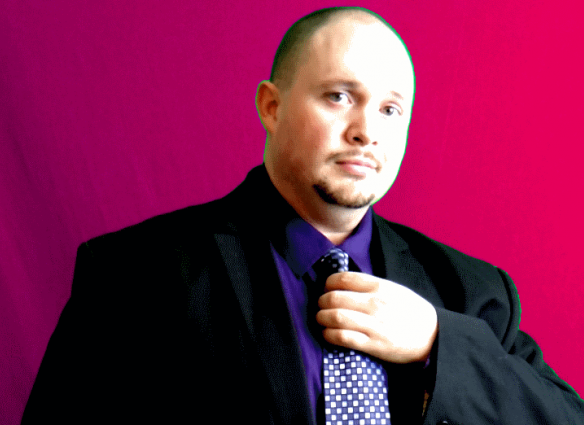 Do you ever worry that any of the satire videos you do might cost you work from the movie and gaming industries?

I have my own YouTube channel that I’m trying to grow where I do movie reviews in the movie trailer voice, because that makes perfect sense. I do this thing called imitation gaming where I talk like a character who is playing their own game, like John Madden playing Madden NFL. I thought those were unique concepts, because while I am not a great gamer, I can do voices, and it’s a funny excuse to do impressions. It’s entertaining, and that’s what the point of YouTube is: to be entertained. I mean, sometimes it’s informational, but mostly it’s entertainment. I do some voice over tips because people ask me a lot of questions and then I don’t have to worry about FAQ’s anymore. I just have them check out a playlist and their question is answered.

So, I saw the Honest Trailers as a way to grow my channel. Right now I only have 74,000 subscribers, and while most people think that’s really good, Honest Trailers has 5 million. I don’t compare myself to those guys, but that’s the direction I need to go. So, anytime I can collaborate with any other YouTube channels to grow my own channel, I consider that not a part of my voice over career, even if it is voice related. It’s really me trying to grow my YouTube channel as a source of income. It’s still fun for me though, and hopefully it will remain that way.

But, back to the original question, I have to keep the YouTube and the voice-over work separate, because of my representation and the union. Also, I don’t want people to lump in Honest Trailers with my main career because I don’t want people to think that I’m not a real voice actor and that I just do the “fake” movie trailer voice. If you listen to my real work vs. my Honest Trailers work, you can hear the difference. The Honest Trailers voice has become his own character. He’s not just a narrator anymore. He’s this guy who has emotions and gets mad when the movie’s bad; he questions things in the movie and breaks character a lot.

My first manager thought that I should be branded as the Honest Trailers voice, but I didn’t want to do that. I didn’t want movie studios to see me as “oh, he’s THAT guy.” I mean, other than a comedy or two, that won’t work. It’s a gimmick, really. It’s funny, but it’s not the best way to sell a movie. The point of a real movie trailer is to get people to go see the film, so I have to convince people that it is the best movie ever made.

Knock on wood, the satire hasn’t affected my career. Most of the people I’ve worked with have known and thought it was really funny.

So, what projects do you have that you’re really excited about?

I’m so excited, but I can’t say a thing about them. All I can say is that if you do love to hate the council guy from XCOM, then keep an eye and ear out. (EDITORS NOTE – The day after this interview, the new XCOM trailer was released on to the internet, and you can hear Jon Bailey a couple of times throughout the trailer, but his big moment comes toward the end of the video above.)

Also, there is a new sequel video game that I contributed a lot to. Fingers crossed, it is supposed to be announced at E3.

(EDITORS NOTE: This interview took place before E3, so Bailey couldn’t tell us the specifics about this project. During our interview he never mentioned the name of the property. Make sure to follow Jon Bailey on Facebook for more updates on this upcoming project!”

I’m not the lead role, but being a part of it is definitely something to add to my resume. My character gets to interact with the players more than normal in games. Usually in games, with this kind of character you hear a little bit from them, but all the game you’ll be hearing from my character, which is really cool. For me, it was another chance to expand my acting chops and get to do some really fun work.

There is nothing more fun than getting killed by a bunch of stuff or getting attacked in the games. They call those “barks” and “efforts.” In “efforts” it’s grunts and strains, and in “barks,” you’re yelling things like “MEDIC” or “GRENADE!” Anything you have to yell is considered a “bark.” We rocked through about 130 of those. With the other lines, we would do three or four of those at a time, because all I have is a list of lines and I am relying on the director to tell me what’s going on to make it make sense and how I should say it or how I should act. With the “barks,” it’s easy… bad things are happening.

When we talked to Crispin Freeman (see our interview here), he mentioned that most times you don’t know anything about your character…

Nope. Not a clue. There’s usually not a picture or anything. And if we don’t know anything about the franchise, then it’s even more difficult. But, in this game, the guys really wanted believable, normal voices because it really helps the player adapt and get into it. With my character, they said my voice really matched the character and that while I didn’t know what he looked like, they knew what was going on and it was perfect. “Trust us.”

The one thing I have learned about games is that usually you have to speak in a slower speed because they have to time it with the subtitles. Most games have subtitles, which is why they talk at an unusual speed. They have to make sure the audio fits into the time it takes you to read the subtitles. This time they were cool about speaking at a normal human speed. They wanted it to be a little more believable so a little bit quicker was fine. Usually I get asked to slow down because I am so used to doing fifteen second trailers. They give me a minute’s worth of information to squeeze into fifteen seconds. That is very difficult to do and I end up sounding like the guy at the end of the car commercials thats reading all the legal jargon.