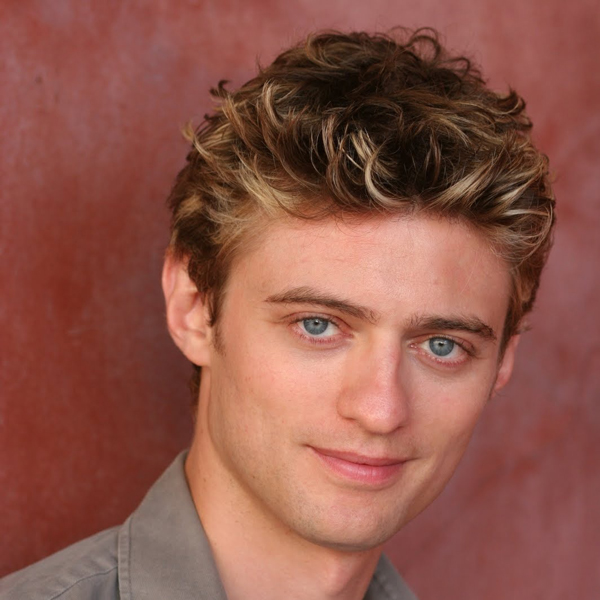 Crispin Freeman has been a voice actor since 1997 and has over 200 acting credits on his resume, and has voiced some of the most iconic anime and video game characters that have graced our screens. A small sample of his characters include Alucard from “Hellsing X” to Zelgadis from “Slayers,” and Legolas in assorted “Lord of the Rings” video games. Freeman also uses his scholarship in mythology to explore the storytelling in film, television and animation on his website Mythology & Meaning.

This weekend at MomoCon 2015 in Atlanta Freeman took time to talk to the press about his career, the voice acting industry, gender equality in animation, and the difficulties of acting in a video game. TAM was there to document the interview and ask some of our own questions.

How do you feel about the portrayal of female characters in animation? Japanese animation (anime) in particular?

It’s a very big topic, and I actually do an entire presentation on female hero journeys as a part of my mythology scholarship that I do at conventions, academic conferences, and film festivals. What I have found is that in Japanese Animation, there are certain female hero journeys that are available to women that are not usually done in America. Specifically, what I am referring to is the sort of magical-girl archetype. The idea of a woman having her own magical powers is usually problematic in American storytelling. In fact, there was a very big deal made in the original Avatar series that what they are doing is not “magic,” but rather, “bending.”

That being said, Japanese culture can be rather chauvinistic, especially for an industrialized nation. So, whereas in America, we essentially aspire to this notion of gender equality, we don’t get there by a long-shot in terms of our storytelling either in Hollywood or in animation and comics. Fortunately, these kinds of topics are now much more publicized, which I think is good. I think awareness is going to change this. But, there’s also going to have to be some institutional changes so that we don’t still have all of these issues, like the fact that Black Widow isn’t included in the Avengers merchandise when they’re showing a picture of all the Avengers. That is ridiculous. It’s 2015. Can’t we get over this already? It is still an issue, because there is still an extreme lack of parity on the subject.

How did you get into the voice acting career?

Well, if you want the gory details and a blow by blow account of how I got into voice acting, I actually have a podcast on voice acting called “Voice Acting Mastery” at voiceactingmastery.com. Episode 4 and 5, I actually go into ALL the details about how I got in. But, in a nutshell, I was working as a theatrical actor in New York City. I was getting my Masters in Fine Arts at Columbia University, but I had always been a fan of animation, ever since I was young, and specifically, Japanese Animation had always been my favorite. There was a studio in New York that was dubbing Japanese Animation into English, and a friend of mine who had worked for them suggested I contact them. I sent them a copy of a radio play that I was working on at Columbia University, even though that was totally the wrong thing to send because it is not really a demo. They took pity on me, I guess. I was able to audition for some anime shows, and that’s how I started doing voice work, which I was doing on the side.

Then I realized that I was getting more excited about working on the animation stuff than working in theater. That’s when I decided that I needed to move to Los Angeles to get to a bigger marketplace and pursue voice acting full time.

How has the growth of movie, television, video games and animation production in Atlanta affected what you do for a living? Have there been any ripples in the voice acting industry?

Well, I’m not that aware of what’s been happening in terms of Atlanta and its business. To be perfectly honest, many times if it is a game project, gaming companies will come to Los Angeles to record voice actors because they want to access that talent pool in Los Angeles. I may not always be aware that the game company may be based out of Atlanta. So, maybe it is having an effect and I am just not paying close enough attention.

Because everything moves at such a fast pace, especially with games where everything is so secretive, it’s so difficult to figure out who I am working for, what the project is, even what the name of my character is in real life.

I just found out that with a game I have been working on for years, they have been telling me what my character’s name was, and that’s not actually the character’s name in the game. So, even if it was coming from Atlanta, there are so many different non-disclosures and secrecy that I may not even know. So, I guess I am blissfully unaware.

How has that secrecy affected your process, when you are not given the full story of what it is that you’re trying to portray?

It’s quite frustrating! As voice actors, we want to do the best job possible, and the way to do the best job possible as an actor, is to have as much detail and information as possible. But, that is exactly what they don’t want to give us. So, it can be really frustrating. It feels like you train all your life to be a Formula One race-car driver, and then they ask you to drive the golf course, but you KNOW that that’s not what they want. You know that they want you to race at 200 mph, but you can’t if you don’t know the course. So, it is frustrating.

I understand that on their side, they are worried about people poaching their ideas, and they are worried about how to market their product. I get all that, but we’re supposed to be their collaborators. We’re supposed to be the people working with them. So, on some level, while I have some sympathy with them, it sure makes our job as voice actors a lot more difficult. I wish there was some way that they would feel a lot more trusting to give us the information we need to help their project be that much better. That’s really what it comes down to. We want to make their project better, and the more information we have, the better we can make it.

With the expansion of new technologies as well as new niche markets, have you found yourself being offered opportunities in any of those new media forms?

It’s interesting. The fact that recording equipment has become relatively inexpensive has certainly democratized the voice-over industry in a way. It’s not dissimilar from what happened when the Macintosh was invented in the 1980’s with desktop publishing. Suddenly everyone could do desktop publishing. Now you can buy a professional quality microphone for two, three hundred dollars and if you can treat the space in your home with enough acoustical foam and sound isolation, you can have a decent sounding booth to do professional work in. So that means that voice-over is more accessible to more people than ever before.

However, that doesn’t necessarily change the production pipeline for certain things like animation and video games. Especially with character based voice-over because everyone has to be recorded on the same equipment, almost all of the time. So, that means that everyone has to come to the same studio. So, Disney and Warner Brothers aren’t really changing the way they do stuff just because you can buy a $300 microphone and record from home. They still need you to come to the lot to do stuff. But, when it comes to promos for companies, industrial narration and things like audiobooks, that kind of stuff is certainly open to people being able to work from home. There’s all sorts of independent video games now that are taking advantage of the fact that there is this talent pool that has their own recording equipment at home. So, that has expanded the eco-system, shall we say? But, the big-ticket stuff still tends to get done the same way. We may audition from home, but we still have to record at the studio.

What is the guild / union situation with professional voice acting, and is it something that independent artists and developers can tap into in order to acquire talent for their projects?

The Screen Actor’s Guild just recently combined with the American Federation of Television and Radio Artists, and the guild is now called SAG-AFTRA. The guild covers all media for union actors from television to film to new media. Anyone who wants to use union actors, they need to be signatories with the union and pay them union minimum rates and pay into pension and health and all that stuff. That all gets technical if they want to do that.

There are certainly independent video game developers who are maybe not interested or maybe don’t have the budget to work with the union talent quite yet. But, in my opinion, I think the cost of working with union talent is pretty minimal compared to the quality of what you get. It depends on how people want to work on projects.