Thousands of people packed the Verizon Wireless Amphitheatre on Thursday, September 27, for a night of country fun. Lady Antebellum is joined on their Summer Plays On Tour by Kip Moore (taking Darius Rucker’s spot on the tour for the night) and Russell Dickerson. Everyone was treated to a variety of country music styles.

Russell Dickerson kicked off the night with kicked off the night with his song “twentysomething.”  His country-pop sound had everyone moving to the music from the first note. He performed multiple songs off of his 2017 album Yours. He closed out his short set with his two songs that have reached the top 10 on the US Hot Country Billboard chart, “Blue Tacoma” and “Yours.”

Kip Moore performed next, and his country-rock sound was very different than that of Russell Dickerson and Lady Antebellum. He even mentioned during the set that this was not his typical crowd; nevertheless, he had the crowd rocking out by the end of his set. He preformed many of his hit songs including “Somethin’ ‘Bout a Truck,” “Beer Money,” and “Running for You.”

Lady Antebellum closed out the night with a set full of many surprises. The country-pop group made up of Hillary Scott, Charles Kelley, and Dave Haywood kicked off the night with “You Look Good” and “Bartender.” The first surprise of the night was Dave Barnes, the writer of the Blake Shelton song “God Gave Me You,” preformed the song with Lady A. Then Brian Littrell from the Backstreet Boys joined the group on stage and performed “I Want It That Way” with them. Finally, Russell Dickerson came back out and preformed Deana Carter’s “Strawberry Wine” with Hillary Scott of Lady A. Hillary also preformed “American Honey” and dedicated the song to her little sister who was at the show. The group’s encore included their 9x-platinum single “Need You Now.” The group closed out the night with “Georgia on My Mind” since Charles and Dave are from Augusta, GA.

If you missed the show, you can catch the Summer Plays On Tour around the country on their remaining tour dates. Visit the Lady Antebellum’s official website for ticket information. 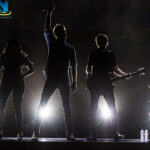 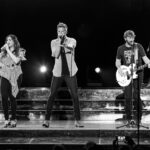 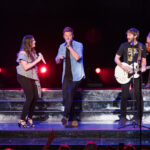 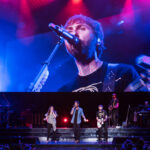 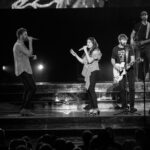 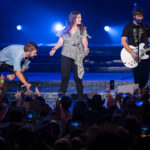 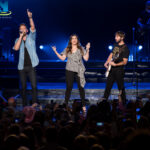 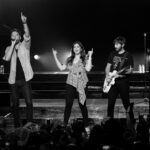 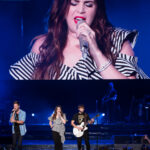 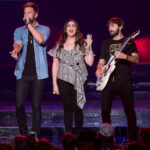 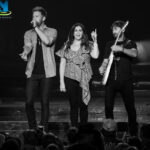 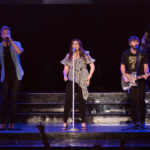 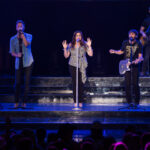 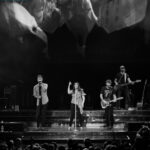 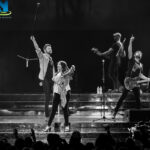 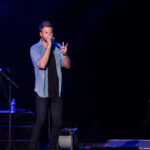 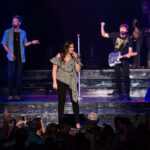