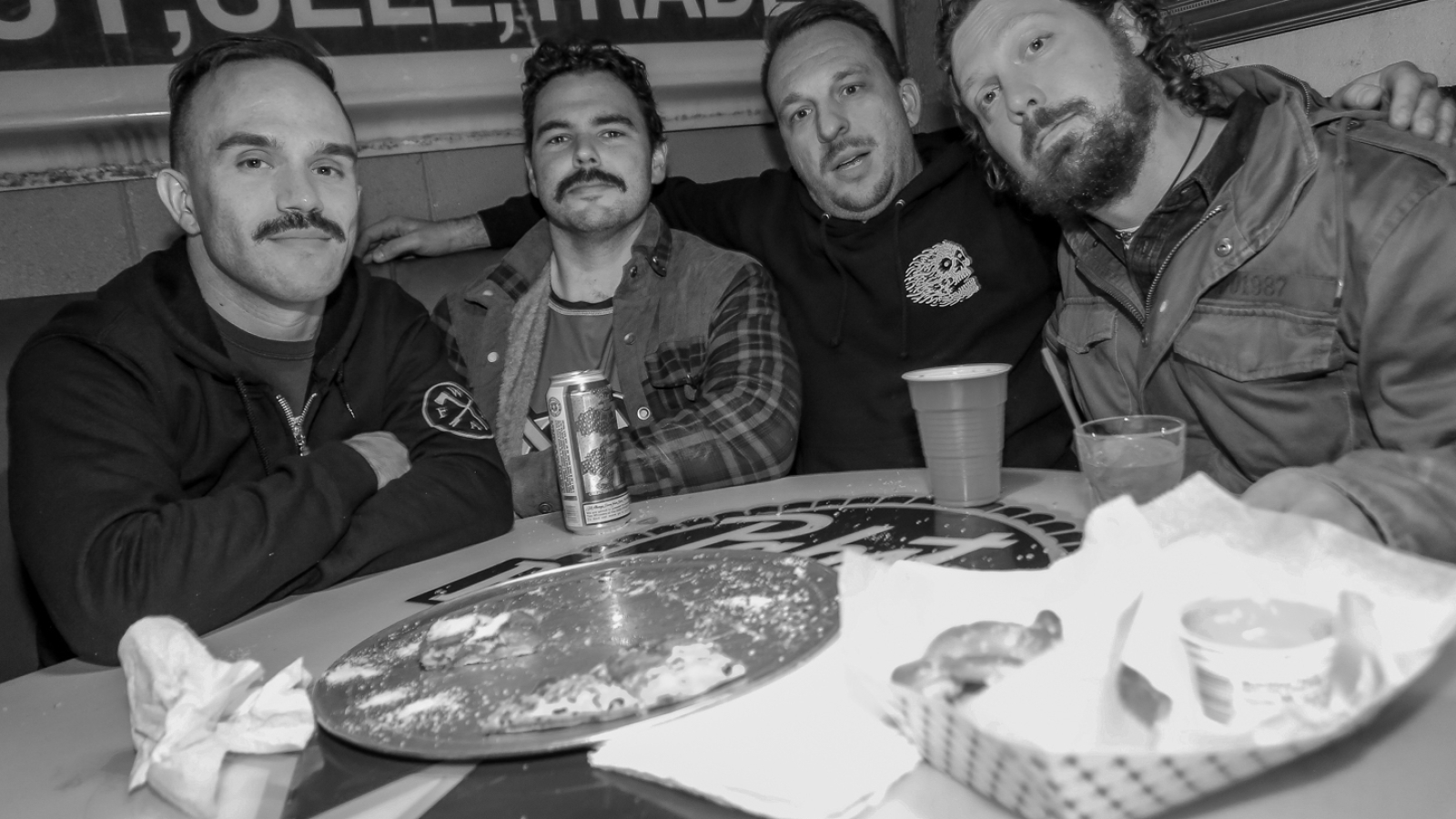 About the record, the band says “Faded Memories has been a labor of brotherly love, and the thing we’re most proud of contributing to in our musical career. These songs are all like children to us and are endless fun to perform night after night. It’s amazing to get them out into the world.”

The first single, “Charcoal Black”, kicks off the album with an emotionally heavy, straight ahead anthemic rock track that announces Bad Year as a band on a mission. “The song symbolizes those sleepless nights where you can’t breathe and you feel that all hope is lost; that you will never recover,” explains the band.  “When we feel that all we have to look forward to is more of the same miserable existence. Our emotional decay, our spiritual demise, and the crushing awareness that nothing would ever change were constants in our bereavement. Our hold on life was weak at best, we had little hope and no concept of the life we were missing out on.”

FADED MEMORIES was co-produced by Nick Rad (Coheed & Cambria, Anberlin) with Bad Year, and mixed by Nick Rad and Steven Servi. The album is currently playing across all major streaming platforms. Bad Year has also released a visualizer to accompany “Charcoal Black”, which you can watch on YouTube now.

Rooted in Midwest punk rock, Bad Year formed in 2019 and calls Milwaukee home. Inspired by heartbreak, angst, and self-reformation, Bad Year injects the scene with anthemic chorus hooks and brutal optimism. In the spirit of promoting positive aspects of empathy and mental health, their cathartic melodies are known for freely inspiring listeners with a sense of mutual understanding and hope. The group put a fresh, more decorated feel on musical incarnations and lived experiences of the past.