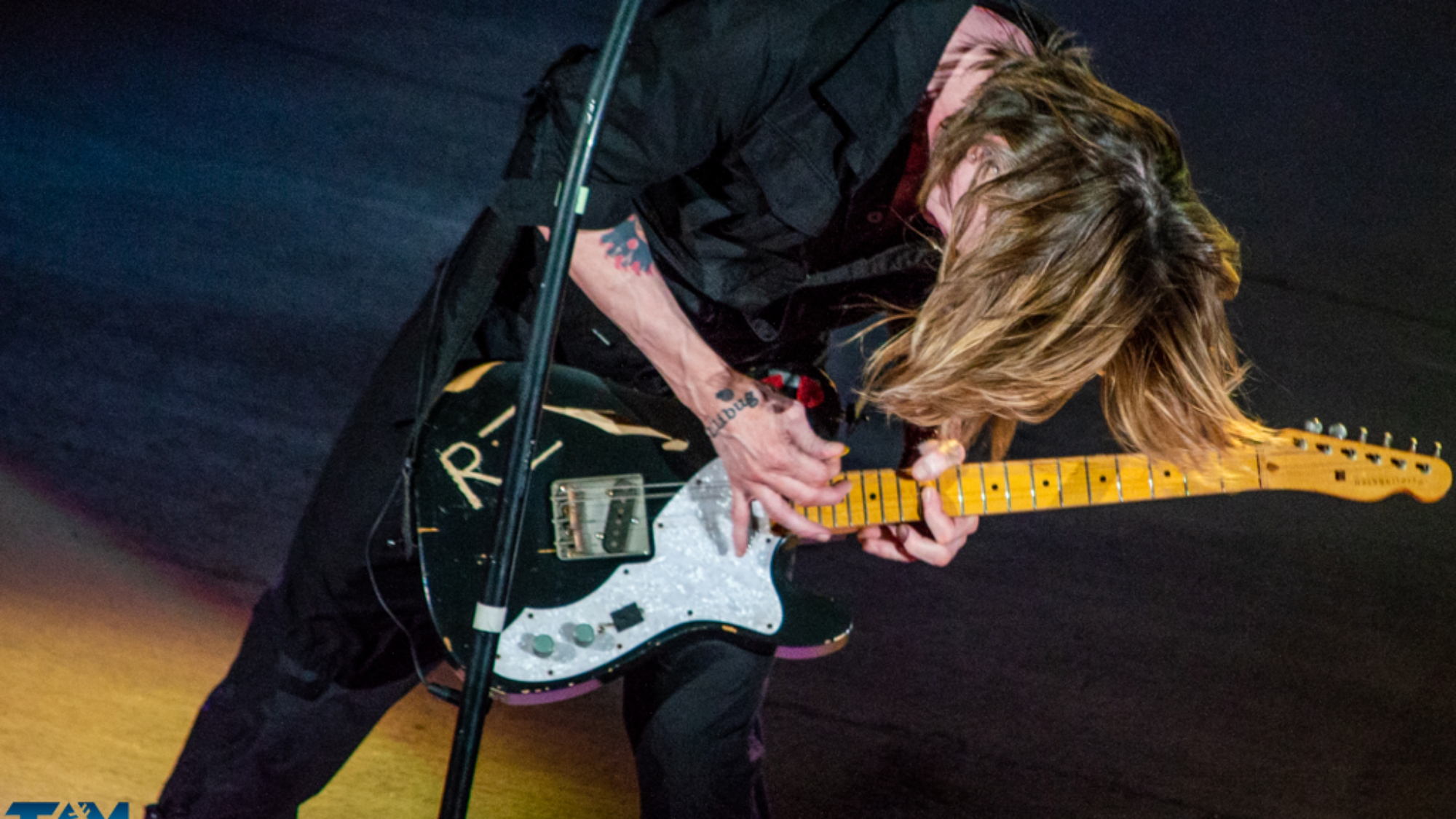 Goo Goo Dolls returned to Red Rocks Amphitheatre for a sold out show on July 27th, with support from Blue October.

It was a perfect summer evening for a show at the greatest outdoor venue ever, with the temperature steadily in the 70s and a nice breeze flowing. Fans of Houston’s Blue October got there early to see the band’s set at 7:30, which featured a great mix of songs from Blue October’s extensive catalog.

“Coal Makes Diamonds,” from 2016’s breakthrough album Home, started things off as lead singer Justin Furstenfeld strutted across the stage, a wide smile on his face as he looked out at the 10,000 fans in attendance.

It was Blue October’s well-deserved first performance at the iconic venue, and it was obvious that the members of the band were elated to be there. As a fan since 2006, I was also elated to see them there! The set also included tracks from latest album This Is What I Live For, such as “Oh My My,” “Fight for Love,” “Moving On (So Long),” as well as the title track. Old school fans got to hear Blue October classics such as “Say It,”  “Into the Ocean,” and “Hate Me,” with the catchy “I Hope You’re Happy” ending the set, and then it was on to The Goo Goo Dolls.

After a whopping 36 years together, John Rzeznik, Robby Takac and company are still going strong with a new album titled Chaos in Bloom, to be released on August 12th, 2022. The lead single from the album “Yeah, I Like You” started off the band’s set, which continued with hits such as “Slide,” “Here Is Gone,” and the beloved “Black Balloon,” during which many black balloons drifted down over the audience, who had a ball bouncing them back and forth.

Rzeznik and Takac where undeniably fun to watch throughout the night, their camaraderie shining during every song.  “Naked” and “Name” took fans all the way back to 1995’s A Boy Named Goo, while “Lucky Star” was a major throwback to 1993’s Superstar Car Wash, with Takac on lead vocals. The band’s biggest hit to date, “Iris,” had the entire crowd singing along, before the night was over much too soon with “Runnin’ Down a Dream,” a Tom Petty cover.