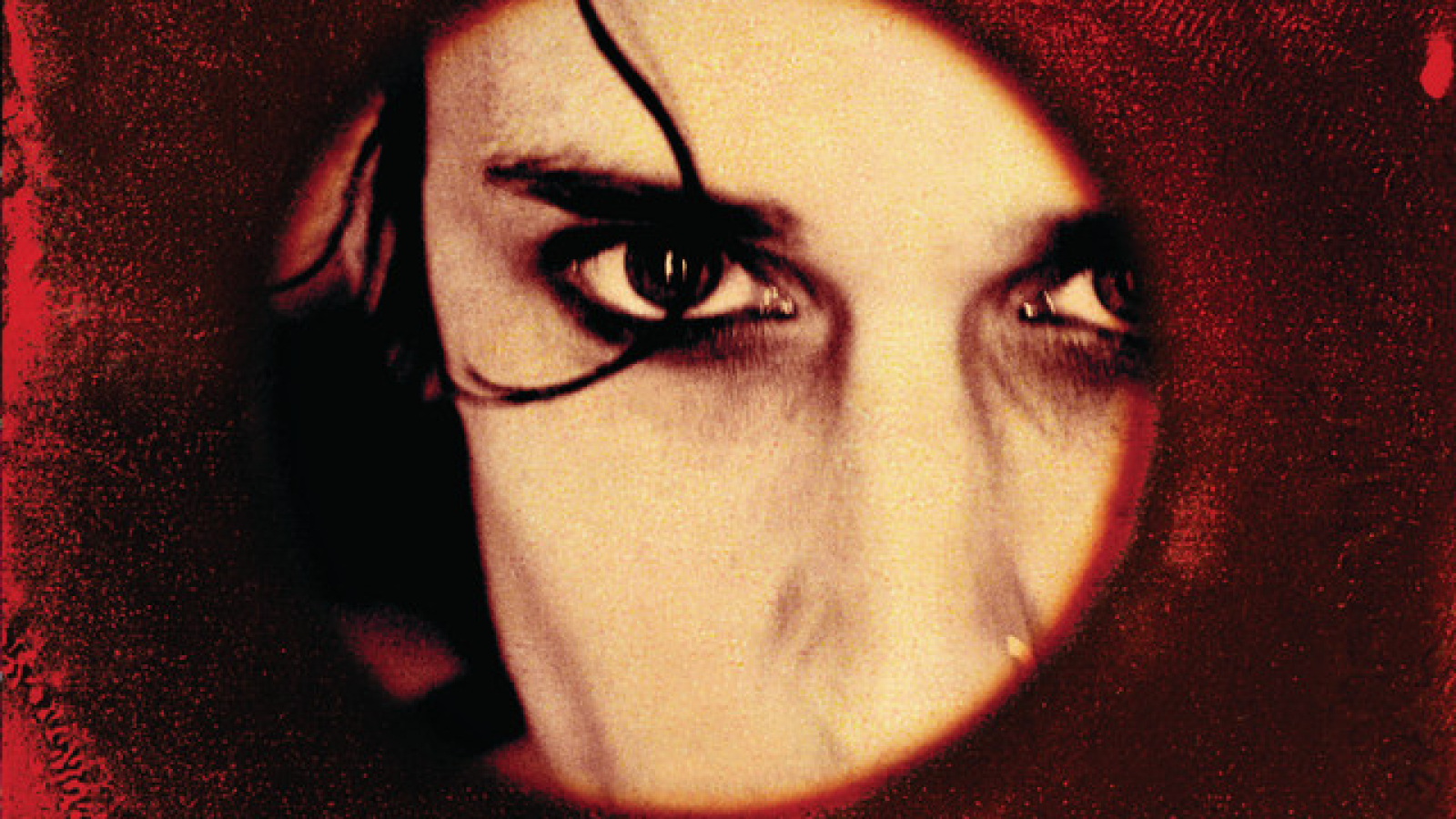 There are classic records that stand the test of time: Pink Floyd’s Dark Side of the Moon, Fleetwood Mac’s Rumours, Prince’s Purple Rain. For me, one of those records is Distorted Lullabies by Ours.

Released in 2001 under DreamWorks Records, this album introduced me to the monumental voice of Jimmy Gnecco, which soars above complex melodies and displays the kind of raw emotion most would shy away from. It resonated with me on an entirely new level, as a teenager working on sorting herself out, and it has continued to be a staple of my music rotation ever since.

I was elated to interview Jimmy about the impact of this record, and to discuss the current tour, which will have certain stops dedicated to performing Distorted Lullabies in its entirety, along with supporting Ours’ new self-titled album.

Hi Jimmy! Thank you so much for this interview! Ours is currently on tour with certain stops playing your first album Distorted Lullabies in its entirety, including Atlanta on March 9th. It’s crazy to me that it’s been 20 years since I first heard this album and fell in love with it. I have to tell you that this is my favorite album of all time. I bought it on cassette tape in 2001 when I was 16 and I still have it! Could you talk a little about your inspiration for the songs on this album and what it means to you personally?

Jimmy Gnecco: The thing about Distorted Lullabies and it being my first record, you get to this place where everything in your life kind of leads up to your first record. All the things that you thought about and felt, deep rooted thoughts and philosophies and feelings. I actually wrote some of the songs 25-28 years ago (1990). I tried to fit in all the things I’d gathered in my life, write about them and put it out.

It was rooted in the idea of the universal voice, the human condition, wondering why we are here, and what our purpose is. It was a very inspiring time for me with young children. Watching them come into this world was amazing to me, and it moved me. Many people think it’s a dark record, but for me it’s about beauty and hope, and the search for love and positivity.

The album has definitely been described as dark, emotional and passionate. It has helped me through a lot personally, as have your other albums. When you were writing these songs, did you think it would resonate with so many people trying to get through their own darkness?

JG: I really wasn’t writing any of it thinking people would relate, because I was so in it myself, and I was just being honest. The song “I’m a Monster” was about going though struggles with the record label, beating me down and making me feel like I was a bad person because I wasn’t listening to their opinion. I was thinking, am I a bad guy? That’s where the line “singing through the side of a left eye” comes from.

There was a tone to the record that I had felt a lot of loss. There’s a feeling in those moments where a song might sound sad, and it reaches us in a way that makes us feel better with the melody and emotions and words. To really reach the people who are feeling down, you have to speak the language. I think the reason why it affected people is that it felt like a companion.

JG: I like “Fallen Souls”…to me, it starts off our entire professional career. That song happened really naturally, it wasn’t a labor at all. I wrote it in 1997 and got signed playing it. I also love “I’m a Monster, “Here is the Light,” and “Meet Me In the Tower.” There is a lot of power in those songs. I go through my moods, but Fallen Souls is really the one. Also “Miseryhead”, which I wrote around 1994. A lot of people don’t understand this song. It’s definitely its own thing.

That is one of my favorites, too! How would you say the band has grown and changed since the release of the album?

JG: The best way to put it is that I was signed as a solo artist. I didn’t have a set band when I signed the deal. It was difficult to find people….putting a band together isn’t easy. I found a group of people and then it took off. We only played around three or four shows in NYC with that lineup, and then I lost that band right before I went in to make the record. The label pushed us apart, really.

We are finally developed now, and we’ve had the same band for seven years, which is the longest any members of the band have ever been together. We still have some of the people who were with me way back when join us from time to time. All I can say is that it just feels complete now. It feels like the start, as crazy as that sounds. We finally clicked as a unit. No shade on the past or anyone who has played with us.

Ours is a brand, just like the Yankees. The players might change, but the brand still remains as long as you have the same team captain. I am the Steve Jobs of Ours, and players have come and gone, but it doesn’t have to be overthought, it’s just a brand of music that I oversee.

You’ve worked with Daniel Victor on his collaborative project Neverending White Lights which is also amazing music. Are there any other artists you would love to collaborate with?

JG: Oh, tons. It’s kind of endless. I’m such a fan of music, first and foremost.

I recently did something with a buddy from Stone Temple Pilots, and something with my friend from Morrissey, the guitar player. I just recorded a song with him that we demoed, which was great.

You recently released your self-titled album. It’s amazing, by the way! Could you talk a bit about the recording of it?

JG: I rented out this studio that I basically grew up in, where I recorded a of old songs. “I’m a Monster” was recorded there, and the album Mercy…Dancing for the Death of an Imaginary Enemy was also.  I brought all my gear and knew I had a lot of work to do. I didn’t even know if I would have a set band again. I just jumped in and started to work, and I had about 200 songs I was working with. I just put my head down and worked and worked and ended up recording about 80 of them.

Some of them have gone to a young female artist that I’m working with, 10 songs went to New Age Heroine, 5 went to Media Age EP, 5 went to Bella Fall EP. We put out a bunch of EPs, in the process of coming out with this full record.

We wanted them to be soft releases, because it would be too confusing to someone following our every move. Wow they just put out another record, holy cow! So, they weren’t big, proper releases.

Narrowing down 200 songs to 80 to 17 for the final record was hard. I couldn’t narrow it down any more than that.

I actually like having that number of songs. I remember albums used to have at least 14-15 songs on them, and one day it just changed to maybe 10, and albums got shorter.

JG: So many people underestimate the listener and the fans, and just put out singles and don’t want to make the record too long. I really don’t listen to any of that. It needed to be that long. It’s there for someone who wants to take the whole ride, like Distorted Lullabies is very much one ride. I had to look at it in sections, or acts. It was challenging to put together.

You also released a reimagined version of 2013’s Ballet the Boxer 1 on Bandcamp this year. What made you want to re-record the album?

JG: Basically, to stay true to the idea of what it was meant to be. I decided to jump into this sequence of three records to span someone’s journey, almost like the script of someone’s journey through life. Ballet was really raw sounding, a dry and punk rock sound. I’m happy we put it out so people could get the vibe of it, but I felt that the songs deserved more. We didn’t give the songs the space they needed. It was like taking a black and white tv and bringing it into color.

We’re going to release that as well as New Age Heroine for streaming very soon. I want to put out as much music as possible while I can still sing this way.

What can fans expect for the future of Ours? Will there be any other shows where you play an album in full? I vote for Mercy...

JG: That could be the next one. The sequence on that record is so important just like Distorted Lullabies. I wanted it to outdo Distorted Lullabies. I actually spent the year sequencing Mercy… as I was doing it to tell a story, Rick (Rubin) was doing it as far as the songs he thought were more exciting to put up top. I’ve never really subscribed to that, because then it sounds like a greatest hits record to me. I’m about telling a story with an album. I’d have to listen to it again from top to bottom to make sure I still feel good about the order. Mercy… would be a great one to play for sure.

Last question: You released a solo album in 2010 called The Heart. Do you have any more solo albums planned?

JG: I have a bunch of songs that I’m sitting on…I could probably make about four solo records at this point. It’s not pressing, but I am looking forward to doing those. They will be totally different from the stripped-down sound of The Heart, with more instruments.

I’m not all that interested in repeating anything from here on out. Anything that I do I want it to sound new, like “Gold” and “You Are The Answer” they are different sounding. I have some organic songs that are really moving to squeeze in here and there, but I want to keep pushing the boundaries while not drifting too much.

Thank you so much for taking the time to do this interview, Jimmy! I am really looking forward to hearing this album in full in Atlanta!

Support Ours on Bandcamp 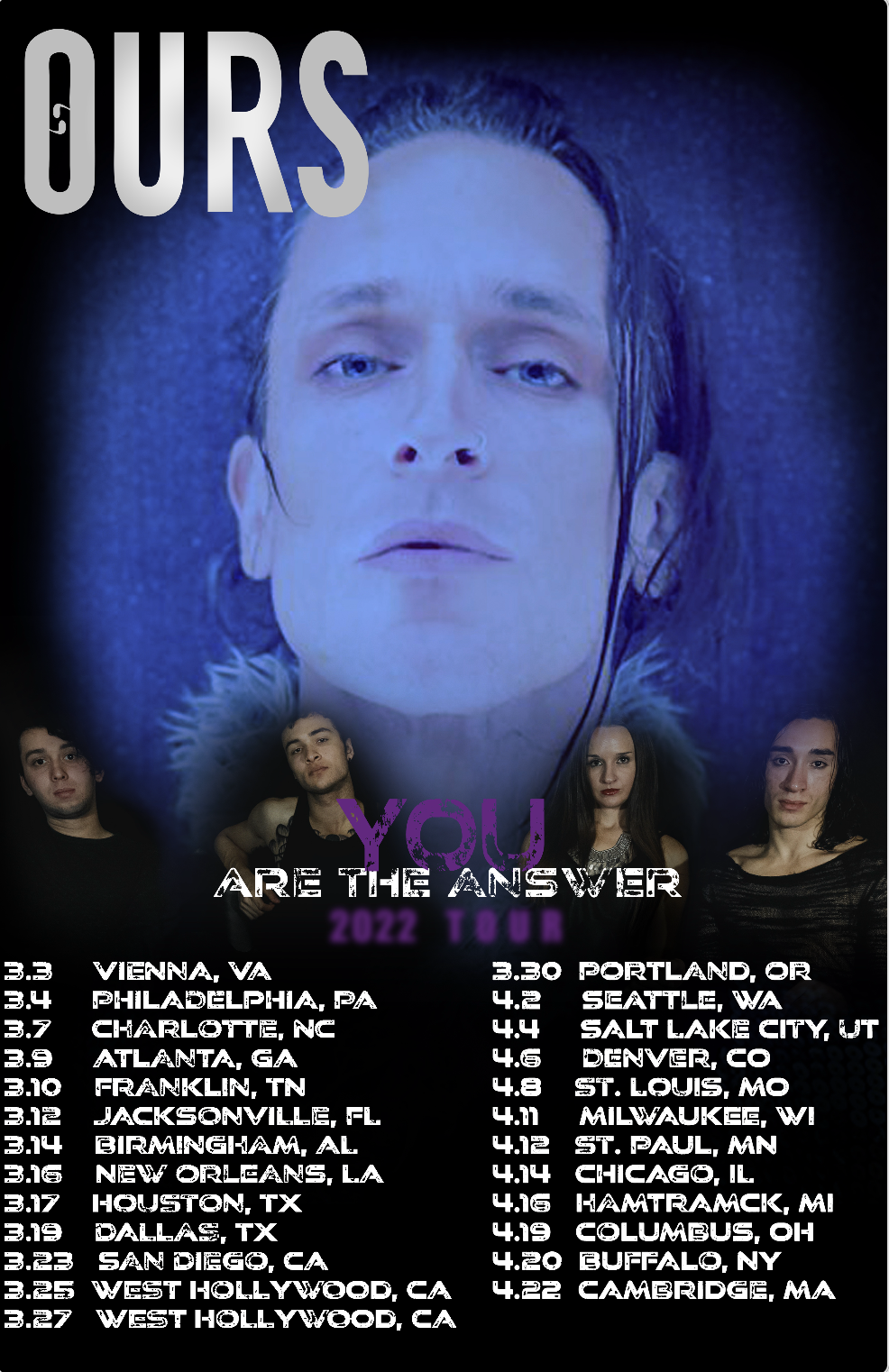