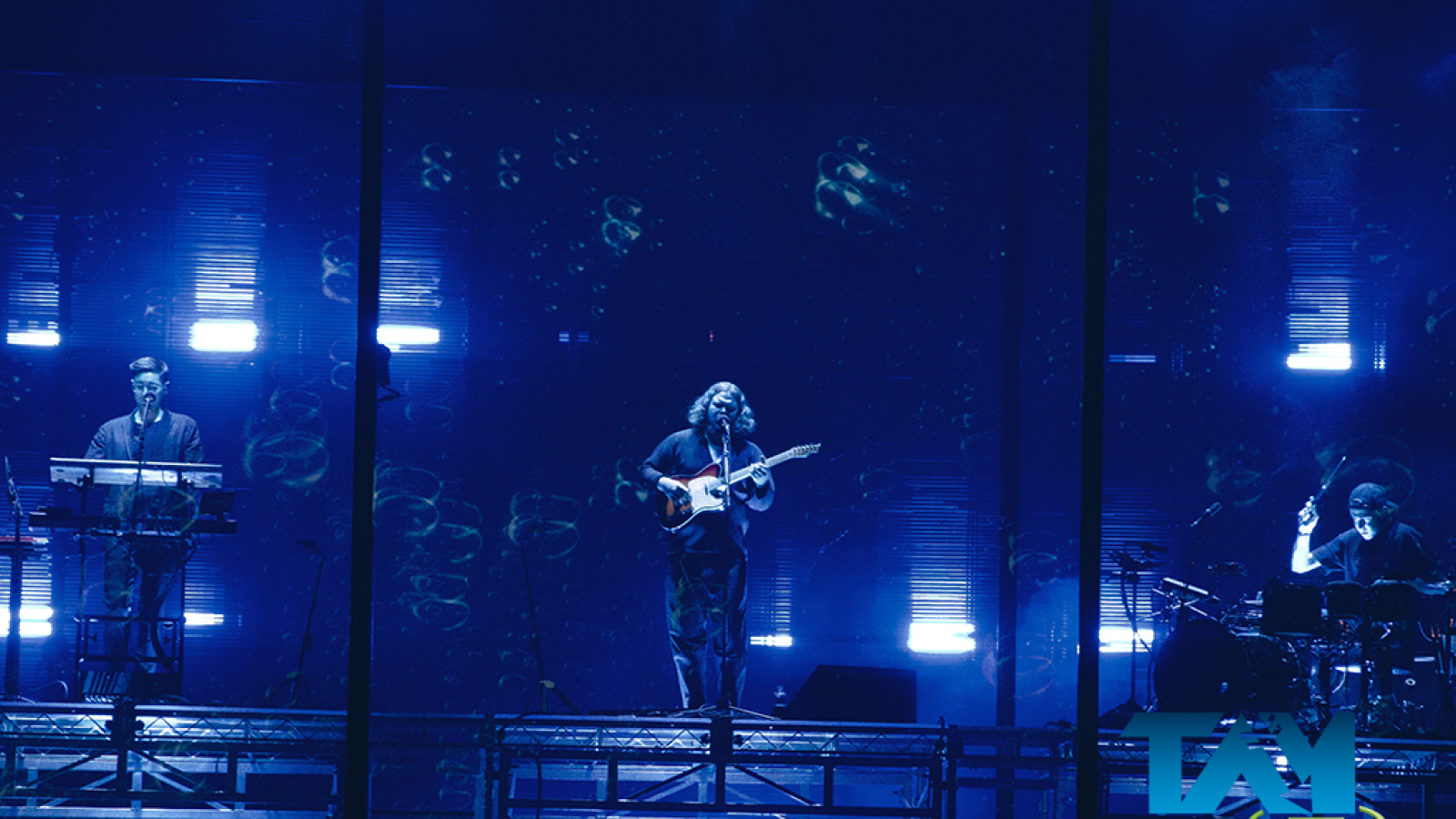 State Farm Arena isn’t normally considered an intimate venue here in Atlanta, but with Alt-J and Portugal. The Man co-headlining on March 2nd, the vibes felt more like an underground club, which is in no way a bad thing.

With the unfortunate cancellation of planned opener Sir Chloe, Portugal took the stage early with the iconic “Unchained Melody” intro, during which the band could be seen on the backdrop screen drinking and singing along to the song and getting hyped up for the show. No stranger to performing cover songs, Portugal took the stage with a triple metal homage of “For Whom the Bell Tolls, South of Heaven, and Cowboys From Hell,” before launching into sing-along “Live in the Moment.”

The set included the fantastic new single “What, Me Worry?” with the crowd dancing along with the band. An unexpected and hilarious cover of “Day Man” (yes, the Charlie Day song) came next, followed by an awesome jam session that showed off the band’s Pink Floyd influence. Massive radio hit “Feel It Still” got everyone dancing again before it was time for another cover, this time Floyd’s “Another Brick in the Wall.” Fun sing-along “Purple Yellow Red and Blue” closed out the set, leaving fans satisfied and hyped for Alt-J.

As a massive screen cage descended from the ceiling to cover the band, Alt-J began the set with “Bane,” from new album The Dream, which dropped last month. While the band continued to play, stunning visuals drifted across the screen enclosing them, a perfect addition to the mellow, smooth songs. The Dream got a lot more love during the set, including “The Actor,” and current single “U&Me.” Old school fans made themselves known as Alt-J performed songs from first album An Awesome Wave, such as “Tessellate,” “Matilda,” and the amazing “Ripe & Ruin,” which was the highlight of the entire set.

Alt-J encompass a wide array of musical styles, but the differentiation works well for them, with no two songs ever sounding alike (a rare feat). As a casual fan, I was pleasantly surprised by the wide range. After the band closed with “Dissolve Me,” the screen briefly went dark before lighting up with the yellow and blue colors of the Ukranian flag, to roaring applause. Upon returning to the stage, singer Joe Newman broke his silence with two words: “Fuck Putin,” before beginning the encore of the band’s biggest hit to date, “Left Hand Free,” along with “Hard Drive Gold,” and “Breezeblocks.”