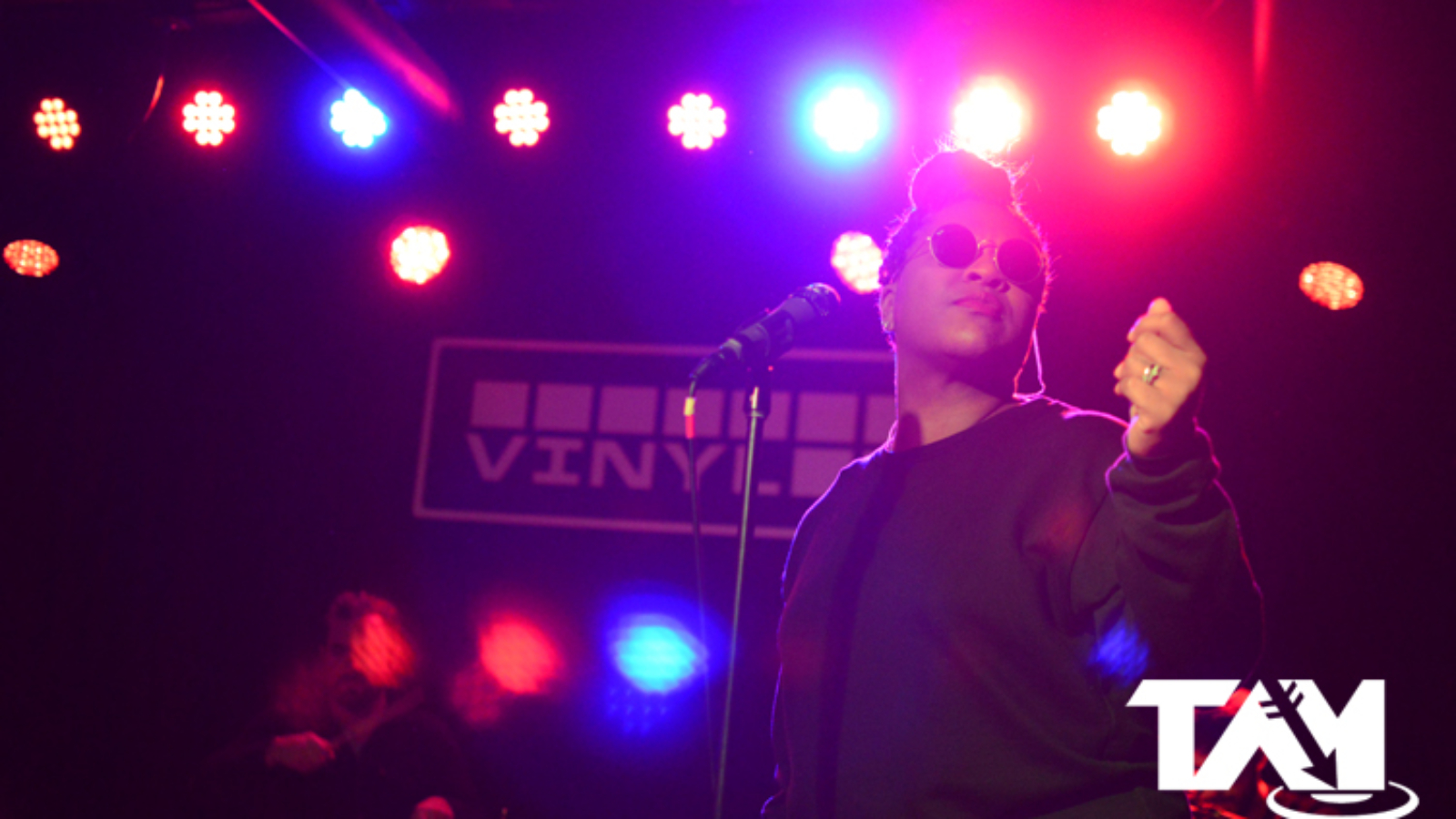 Vinyl was the host on a chilly night in Atlanta for the return of Welshly Arms, with support from SCR and The Unlikely Candidates.

Fans who arrived early were treated to a highly energetic and fun set from SCR (Sir Cadian Rhythm), a five piece band out of New York. With a pop-rock sound reminiscent of early Fall Out Boy, and just a hint of ska/funk to make it stand out from the crowd, SCR held the crowd’s attention throughout the set, which began around 7pm—not an easy feat in the age of cell phones. The band was having the time of their lives, with each other and with the crowd, and the set, including the popular “Not Quite Done Yet,” was over much too soon. The song recently surpassed one million streams on Spotify, which keyboardist/trombonist Matt Carlin acknowledged with a huge smile.

Another band that is steadily on the rise, The Unlikely Candidates, took the stage next, with frontman Kyle Morris commanding the stage and giving his all to the music. The band, out of Fort Worth, Texas, has had recent radio success with the 2019 single “Novocaine,” which is a great song, but the performance of “Violence,” from 2017’s EP Danger To Myself, stole the show with it’s distorted vocals and sing-along chorus. “Celebrate,” on which the band collaborated with Dirty Heads in 2017, was another crowd favorite.

Then it was onto the band everyone was waiting for, Welshly Arms. A bit hard to say (it comes from a Saturday Night Live sketch), but a name you should definitely know. There really aren’t enough bands out there who still play the blues, and fewer who do it with a power-punch of soul and rock-n-roll, as this band does so well. From the gritty vocals of frontman Sam Getz, to the enormously fun to watch singing, dancing back-up duo of Bri and Jon Bryant, Welshly Arms is a band that commands attention, and gives so much back to the audience while performing. The set included songs from the 2018 album No Place Is Home, such as “Sanctuary,” an ode to leaning on each other to get through life, “Down to the River,” and the fun, dance-able track “Indestructible.” A beautiful cover of The Beatles “Something in the Way” was the highlight of the set, giving each vocalist a chance to sing a verse, while the crowd sang every word back. Other highlights were “Hoochie Coo,” “Love of the Game,” and of course, “Legendary,” the song that propelled Welshly Arms up the charts after being featured in numerous advertising campaigns.

“If you know this song, please sing along,” Getz said beforehand. The crowd obliged, singing back the words that are beginning to come true for this talented band: “We’re gonna be legends!”