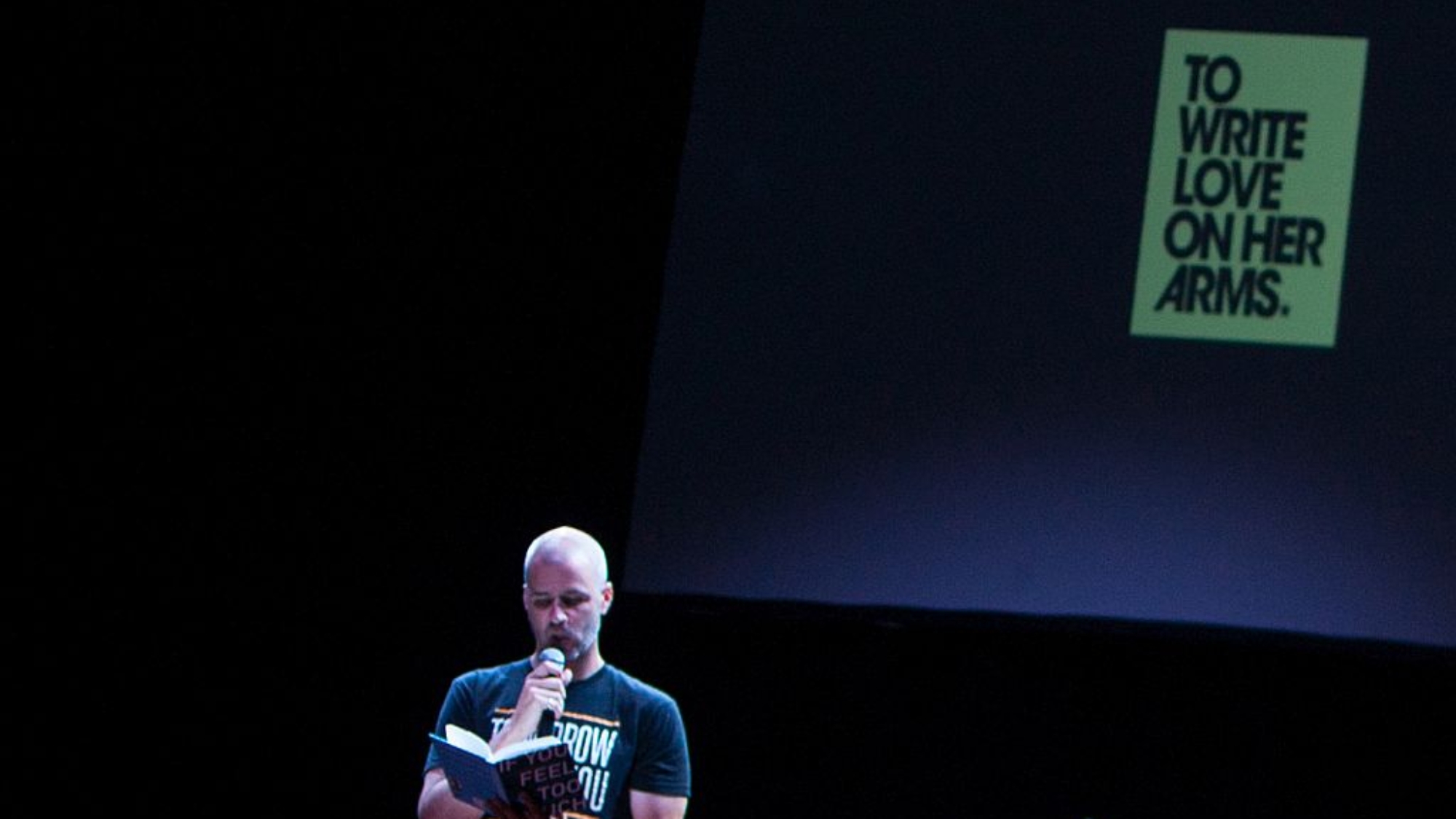 Tomorrow needs you. It’s a simple message, but the meaning is vast. The words mark the new campaign from the nonprofit To Write Love On Her Arms, an organization founded in 2006 by Jamie Tworkowski, which focuses on bringing awareness to suicide, depression, and addiction, and offering hope and help to those in need. Partnering with award winning poet Sierra DeMulder, and musician JP Saxe, Tworkowski began a short, three-stop tour, which ended in Atlanta on September 20th at The Masquerade.

TWLOHA recently asked its supporters to film themselves stating why tomorrow needs them. The answers, given by a broad audience of adults and kids, included, “Tomorrow needs me to make my nephew laugh,” “Tomorrow needs me because I’m going to do great things when I grow up,” and “Tomorrow needs me because I am worth more than my struggles,” along with many more. The responses were made into a video, which was played at the beginning of the intimate event, before Tworkowski walked on stage to greet the audience. He spoke about the very successful campaign, which raised over $150,000 (surpassing the original goal of $100,000) for treatment and recovery around the world, and thanked everyone for being there to support. Tworkowski then introduced singer/songwriter JP Saxe to the stage.

“I don’t like to call these break-up songs,” Saxe told the audience. “I prefer post-love songs.” He spoke about a break-up that inspired many of the songs performed, including “Same Room,” and “Anybody Else,” with the latter being a first-time performance. Saxe has found recent success with the song “The Few Things,” which he prefaced with, “This is supposed to be a happy song about falling in love, and I don’t know why it sounds so sad.” The song that resonated the most with me was “Changed,” with lyrics such as, “Like anybody really stays the same,” which explores how relationships can change and mold a person for the better and the worst. Saxe’s stellar vocals heightened the poignant lyrics of every song performed, captivating the audience and definitely leaving an impression. After his set, Saxe introduced two-time National Poetry Slam winner Sierra DeMulder, noting, “She’s made me cry every night of this tour.”

Once DeMulder began speaking, I understood why. Opening with the powerful and moving poem titled “You,” DeMulder connected with the audience in a way that felt as if she was speaking to each individual person in attendance. The poem was about overcoming life’s obstacles, and affirmed that we are all exactly where we are supposed to be, and encouraged living in the moment. DeMulder, who recently published her fourth book of poetry called Today Means Amen, had a presence that seemed to set the audience at ease, able to make them simultaneously laugh and cry as she performed her poems. “I was in love with my best friend for three years, and all I got was this poem,” she joked at one point. The new poem “Hashtag Self-Care” exposed the Instagram fads of bubble baths and candles to bring what real self-care is to light, and noting that, “Real healing is rarely so photogenic.” JP Saxe returned to stage several times to perform with DeMulder, accentuating the already powerful words with his amazing talent.

Jamie Tworkowski returned to the stage to share the story of how To Write Love On Her Arms began, as a short story he wrote for a friend struggling with addiction and depression in 2006. “It was on this site called Myspace,” he joked. “I wanted to sell 100 shirts to help my friend get into recovery.” After Switchfoot frontman (and friend to Jamie) Jon Foreman wore the shirt at a concert and mentioned what Jamie was doing, the response to TWLOHA was overwhelming, and Jamie realized that he could do more. Today, his organization is recognized all over the world for their work in bringing hope, treatment, and perhaps most importantly, caring and loving people to listen and help those in need. Jamie has never shied away from being open and honest with people, and he spoke about his own experiences with depression and recovery. “I just saw my therapist last week, and he is a great guy,” Jamie said. He encouraged everyone in the audience to explore what therapy means to them; whether it is going to see a professional, or just being open with friends or family about how they are feeling. TWLOHA’s past campaign People Need Other People, still resonates today as one of the mission statements of the organization. “It’s so important to have that person,” said Jamie. “We need to share our stories.”

Sierra DeMulder and JP Saxe returned to the stage to perform a cover of “In My Feelings,” which was a request from Jamie, and had the entire crowd singing along. After the show, all of the performers stayed to meet their supporters, sign merch, and take photos. Overall, the night felt less like a performance with a barrier between stage and audience, and more like a gathering of friends sharing stories and connecting in a very special way.

To learn more about To Write Love On Her Arms, or to donate to the cause, please visit TWLOHA.com, or check out their page on Facebook. 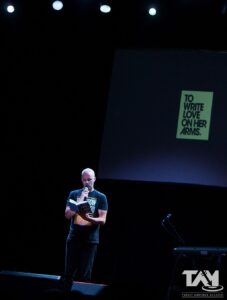 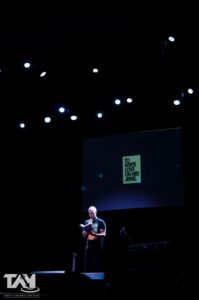 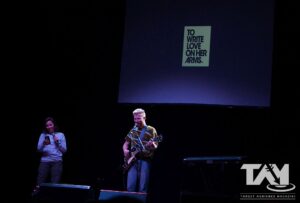 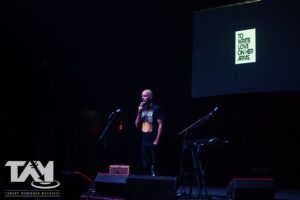 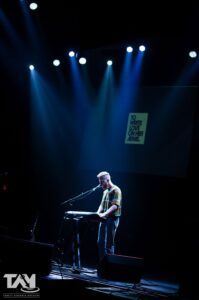 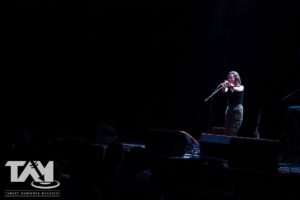 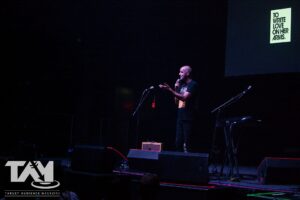 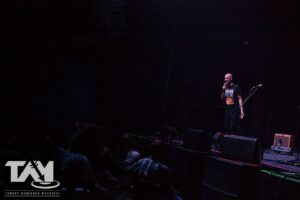 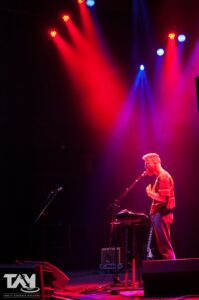 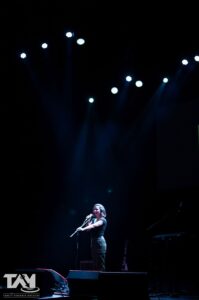 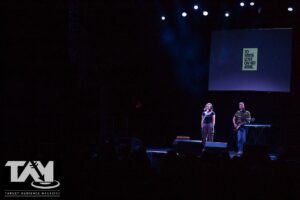 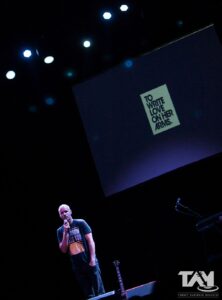