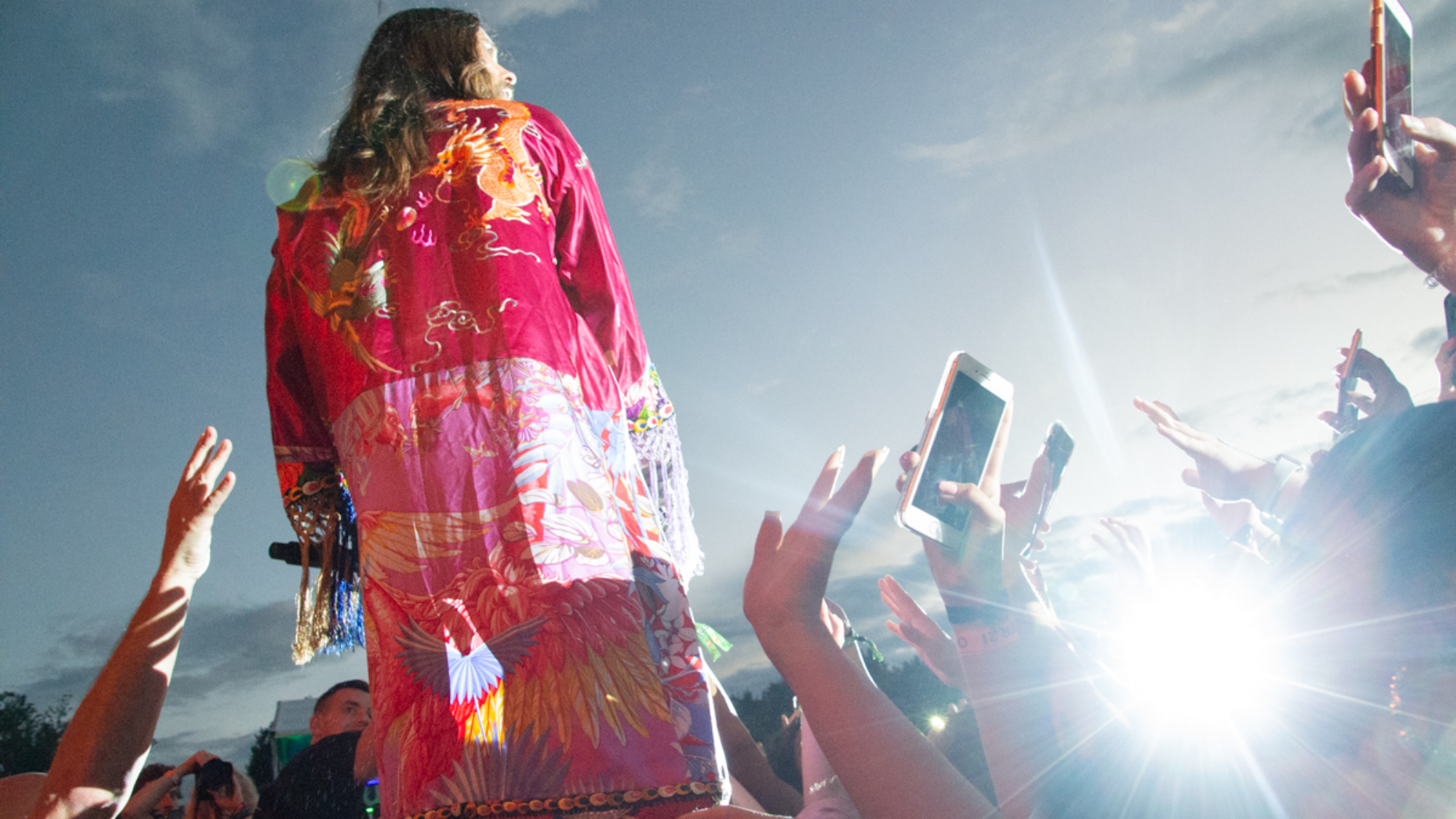 by Danielle Boise
with no comment
Concert CoverageEvent Coverage

Imagine Dragons, Post Malone, Thirty Seconds to Mars, Kendrick Lamar, and more made up arguably the most diverse lineup Music Midtown has ever seen on September 15th and 16th in Atlanta’s Piedmont Park. The weekend vibe was relaxed and friendly, with a common love for music and dancing at its core.

The festival, which originally began way back in 1994, has grown and changed over the years (including a hiatus between 2005-2011), but it has never failed to attract thousands of music lovers to Atlanta. This year, many of the artists and bands were very young, in turn drawing a much younger crowd to the park, breathing new life into the 20+ year old festival, and introducing a brand new generation of Music Midtown.

The weather was beautiful, albeit a bit hot for mid-September, as thousands made their way to the park to catch early acts such as Lovelytheband, First Aid Kit, and The Aces. I caught the 5:45 set of up and coming band Rainbow Kitten Surprise on the Salesforce stage, where devoted fans cheered the band like a headliner, and with good reason. The eclectic band, with a name sure to stick with people, played songs from the newest album How to: Friend, Love, Freefall, such as “Fever Pitch,” along with some older songs including “Cold Love” and “Seven.

As the sun set over the Midtown skyline, Thirty Seconds to Mars, now comprised of Jared Leto and his brother Shannon, took the Salesforce stage. Leto encouraged the crowd to dance, asking for the “Best and worst dancers here” to join the band on stage. The set included plenty of songs from new album America, such as “Dangerous Night,” current single “Rescue Me,” and “Walk on Water,” along with staples “Kings and Queens,” and “This Is War.” Leto, dressed in his signature robe and waving an American flag (in keeping with the album theme), was as charismatic as ever as he kept the entire crowd engaged, even those sitting on the hill in the back.

Over at the Cotton Club stage, AWOLNATION’s front man Aaron Bruno repeatedly asked for “The best dancer here” to join him on stage as well. The set, which featured the hits “Hollow Moon (Bad Wolf)” and “Not Your Fault,” kept the crowd dancing and jumping to the beat along with Bruno, who never seemed to lose even an ounce of energy. New album Here Come the Runts was represented by “Seven Sticks of Dynamite” and “Passion.” The massive hit “Sail” brought fans even closer to the stage, with everyone singing along and waving their hands back and forth.

Even though the day was cloudy and occasionally rainy, the music definitely made up for it.

On the Roxy Stage, K-Flay wowed fans with songs from her second full length album Every Where Is Some Where, including “Make Me Fade” and “Can’t Sleep.” Robert DeLong, who played an earlier set, joined her on stage for the incredible radio smash “Favorite Color Is Blue.” A cover of the Harvey Danger song “Flagpole Sitta” had the crowd loving it, and of course K-Flay performed her most well known song, “Blood in the Cut.”

Butch Walker returned to Music Midtown this year after many years away, but plenty of festival goers made it over to the Roxy Stage to see the veteran perform, and they were not disappointed. Walker commanded the stage through songs such as “Freak of the Week,” (a ’90s anthem originally performed by Walker’s band Marvelous 3), “Bed on Fire,” “Ponce De Leon Ave,” and an awesome cover of The Who’s “Baba O’Riley.”

Another Music Midtown veteran, Imagine Dragons took the Roxy Stage and launched into the smash songs “Radioactive” and “It’s Time.” Front man Dan Reynolds had the crowd screaming along to every word of “Whatever It Takes,” and current single “Natural.” Imagine Dragons are always fun to watch on stage, from the passionate, crowd engaging personality of Reynolds to the amazing percussion that made them a household name, and this performance was no different. A cover of Blur’s “Song 2” had fans jumping up and down, and K-Flay joined the band on stage for the hit song “Thunder.”