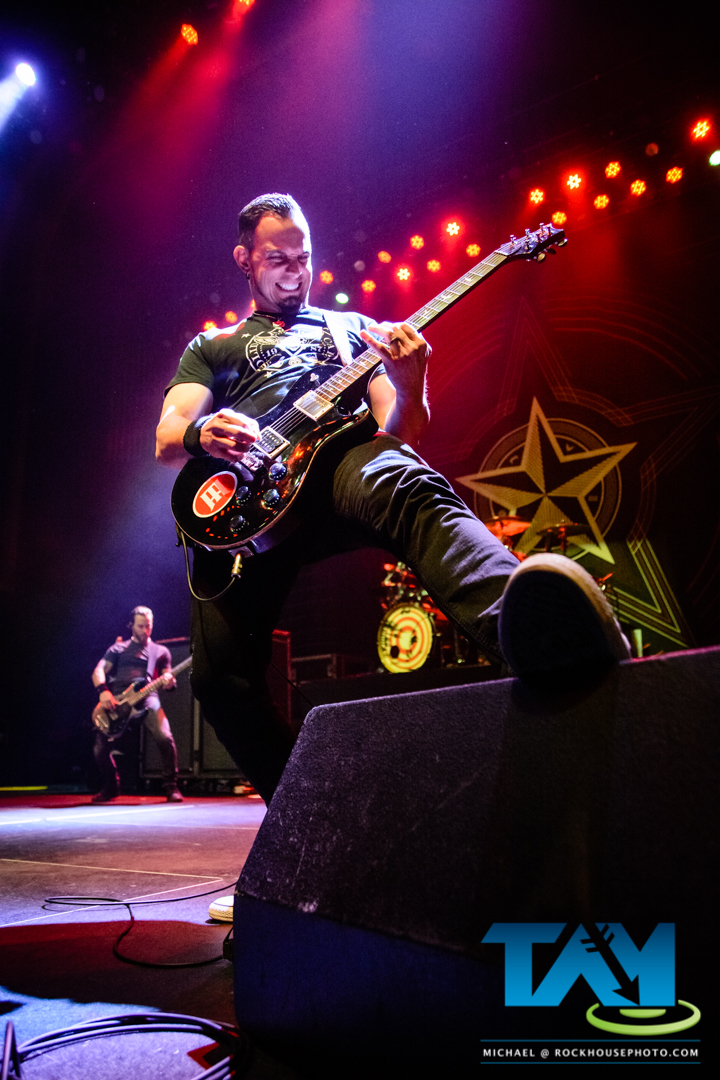 Sunday, January 22, 2017 is now a special day in the history of Atlanta. Not only will it be remembered as the day that the Atlanta Falcons football team clinched the NFC championship, gaining a birth to the Super Bowl, but it will also be remembered as the day that the hard rock band Alter Bridge returned to Atlanta during their “The Last Hero” tour of the US! Ok, honestly…I’m a Pittsburgh Steeler fan, so I’ll remember the day more for the Alter Bridge show!

I’ve been a fan of the band for quite some time, and it was my first chance to see them perform live, so expectations were high. After a short intro sound clip, the band made their way to the stage, acknowledging the crowd with smiles and waves. The band really does put all of their emphasis on the music. There was no bombastic stage show, no over the top theatrics, just four guys who causally walked out on stage and got to it.

Speaking of the music, Alter Bridge is touring to support their latest album The Last Hero, and in my opinion it’s probably the most well-done release in their catalog. The songs sound epic, with just the right mix of melody, crunch, hooks and substantive lyrical content. “The Writing on The Wall” from The Last Hero kicked off the show. Lead singer Myles Kennedy, guitarist Mark Tremonti, bassist Brian Marshall and drummer Scott Phillips wasted no time, digging in on the song’s head-bobbing intro.

“Come to Life” and “Addicted to Pain” completed the hard-hitting intro to the show, before slowing down just a little to perform the melodic “Ghosts of Days Gone By.” The band’s set list leaned heavily on their new release and 2007’s Blackbird, pulling five songs each. “Cry of Achilles” launched the show back into heavier territory, with Kennedy and Tremonti sharing both guitar and vocal duties. The tightly intertwined guitar lines between the two is one of Alter Bridges major strengths. The other major strength? Lead singer Myles Kennedy. 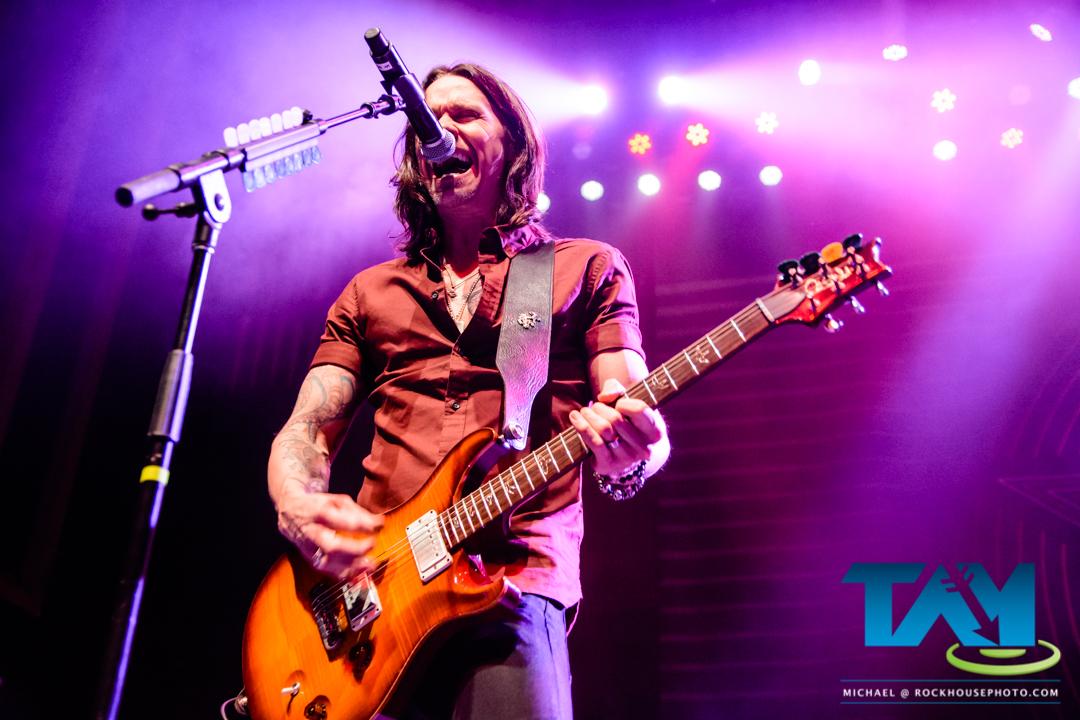 Not to take anything away from the rhythm section of this band – they are stellar – but lead singer Myles Kennedy is a force, and it’s easy to see why he’s one of the most sought after front-men in rock. He’s an excellent singer with great range, and oh, guess what, he’s an excellent guitar player as well! I did not know how much of their recorded music featured his guitar playing, but he kept up with the talented Tremonti riff by riff. The pretty acoustic ballad “Watch Over You” performed solo by Kennedy was also stellar, and turned into a sing-along by the Atlanta crowd.

Speaking of the crowd: way to go Atlanta! This was one of the most receptive and vocal crowds I’ve ever experienced. I guess since the show started only about an hour or so after the big football game, spirits were generally very high (and a little intoxicated), and that good feeling carried over into The Tabernacle. Fists and metal horns in the air, sing alongs and several extended rounds of applause between songs seemed to catch the band a little off guard. Hell, there was even an onstage marriage proposal!* Good times were definitely had by all.

Hit single “Isolation,” the emotional “Blackbird” and the very, very crunchy “Metalingus” brought the show to a close before the band returned to perform an encore of “Show Me a Leader” and probably their biggest rock radio hit to date, “Rise Today.” 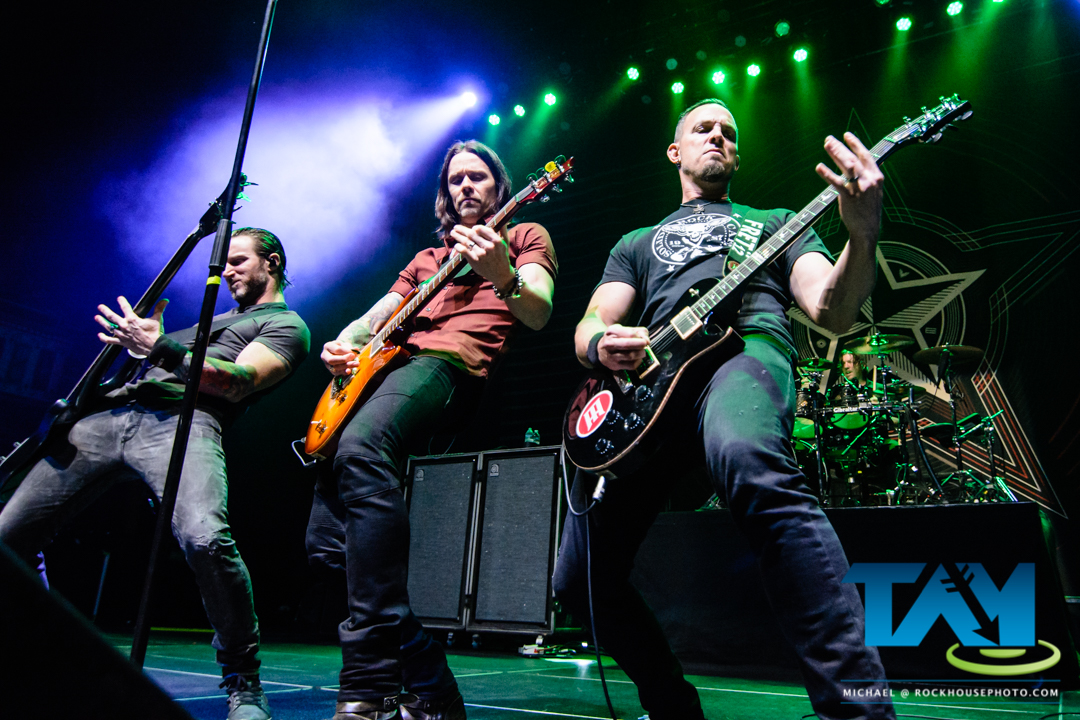 Be sure to catch Alter Bridge on tour through May before they head for Europe this summer. Catch up with the band at their official website or on Facebook page.