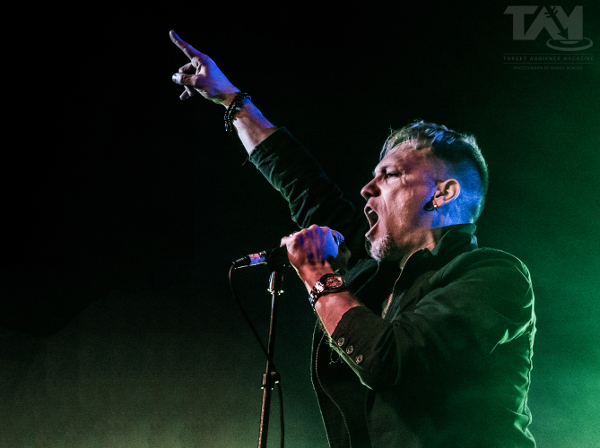 I’m not too familiar with Monthly Mayhem, but it seems to be a regular event at Angel’s Rock Bar in Baltimore, MD.  I’ve only attended one before now, and that was really only with the intention of doing photography for Baltimore-locals, We Love The Underground, of whom I’ve grown quite fond.  So last time, I shot WLTU and skedaddled, but it left a bad taste in my mouth in that I didn’t stay for the full experience.  So it was my intention for this show, last Thursday, 22 DEC, to stick it out and shoot each band.  Unfortunately, my immune system got the better of me and I came down with quite a cold leading up to the event.  I thought I was becoming well enough to attend, but after We Love The Underground finished their set, I was pretty much wiped out.  Once again I have failed to provide the full experience, but I hope my photos of the first two acts, Changeover and We Love The Underground, provide you with a little glimpse of what you can expect from one of these shows (not to mention the awkward Belligerent Santa experiences, which I’m sure are awkward other things during different seasons).

A group shot before the show started, feat. Belligerent Santa and his Elf!

Given the holidays, Belligerent Santa and his elf opened the show to introduce the first act, Changeover, and was almost immediately pantsed by the lead singer.  The band itself was quite energetic, and I’d recommend giving their song “Breathing Through Paper Lungs” a listen.  There was a bit of a technical malfunction when one of the guitarists had his string snap mid-song, but they soldiered through.

We Love The Underground were up next, churning out song after song of fist-raising intensity.  In fact, one of the songs was called “Let No Hand Hold Us Down.”  They also treated us with a new tune called “The Survivalist,” not to mention a splendid cover of Faith No More’s “Epic.”  I thought the crowd was a bit subdued compared to the energy coming off the stage, but WLTU continued to play to the fullest of their abilities.  They closed out with one of my favorite songs of theirs, “The Isolationist,” which went out to event organizer, Kevin Hock.  I managed to get a few shots, and some even turned out well!  And while the photo of Joe Ruggiero looks out of place and creepy (he was tuning his guitar over a green light), it seemed to be a great portrayal of Jack Nicholson from “The Shining,” so he was just getting into the holiday spirit.

We Love The Underground - Brad Cox

The night closed out, for me anyway, with a Secret Santa gag gift exchange.  Some fine gifts were unfurled, including a stocking flask, a small porcelain toilet replica, and a Nickelback DVD.  In fact, as I left that night, I was treated to a “door prize” of a Nickelback greatest hits CD.  I brought it home, but I think my wife might have trashed it when my back was turned because now I can’t find it again.