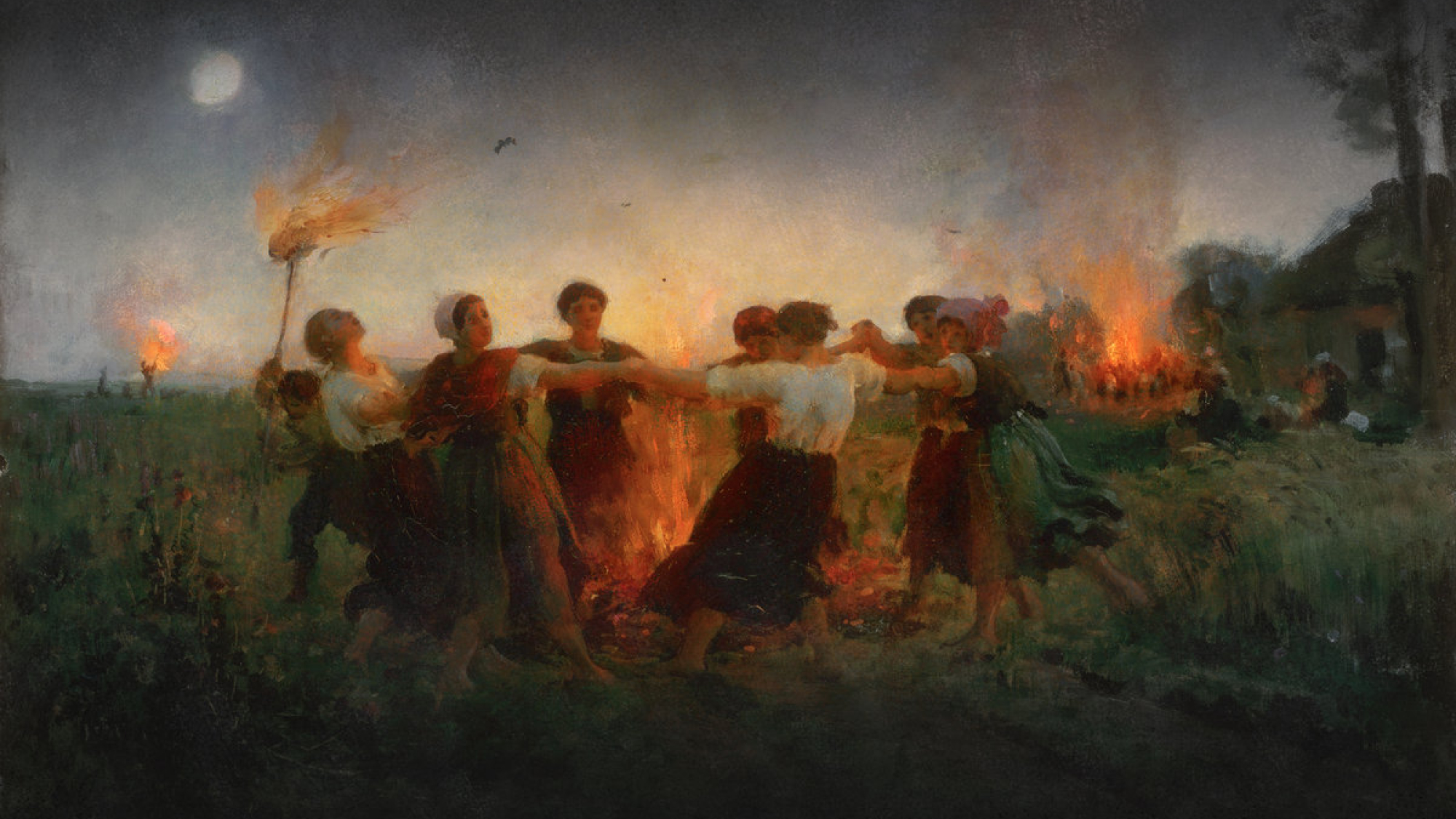 Norwegian Black Metal outfit Kampfar provide a fiery offering for autumn with its ninth album, Til Klovers Takt: six tracks of chilling riffs and hellish blast beats. The opening salvo “Lausdans Under Stjernene” is a masterful fusion of dissonant riffs and infernal percussion interspersed with haunting piano and horns. Its eight-and-a-half minute duration does not wear its welcome as it twists and turns like a serpent through hell. “Urkraft” opens with a thumping bass line and a slow tempo that slowly builds beneath tremolo riffing. Vocalist Dolk belts Norwegian lyrics as drummer Ask Ty accelerates the tempo during the track’s latter half. The guitar riffs rarely relent, crafting a desolate atmosphere.

“Flammen Fra Nord” is arguably the heaviest track on Til, which speaks volumes, no pun intended. The opening riff vaguely recalls early Venom with its demonic speed before it fades, and only the bass is audible. “Flammen” has a slow groove and the guitars open up during the final third of the song. A violent blast beat and ugly, disjointed riffing end the song riveting fashion. Album closer “Dodens Aperitiff” is a stomping track akin to a funeral march through the Scandes. A fitting end to a wicked album.

Til is a black metal album that refines the fundamentals and throws some small surprises. The conventional tremolo riffing is high caliber and does not fall into parody. The overall atmosphere of the album is unsettling, yet alluring. The lyrics are in Norwegian, which heightens the experience, particularly for non-Norwegian speakers. One feels the music more despite not understanding the lyrics.

Kampfar have not lost a step since its formation in 1994. Til Klovers Takt is modern black metal done right. Listeners new to Kampfar or the black metal subgenre will appreciate the dynamic song writing and sheer heaviness, however it is not too experimental. Well done.