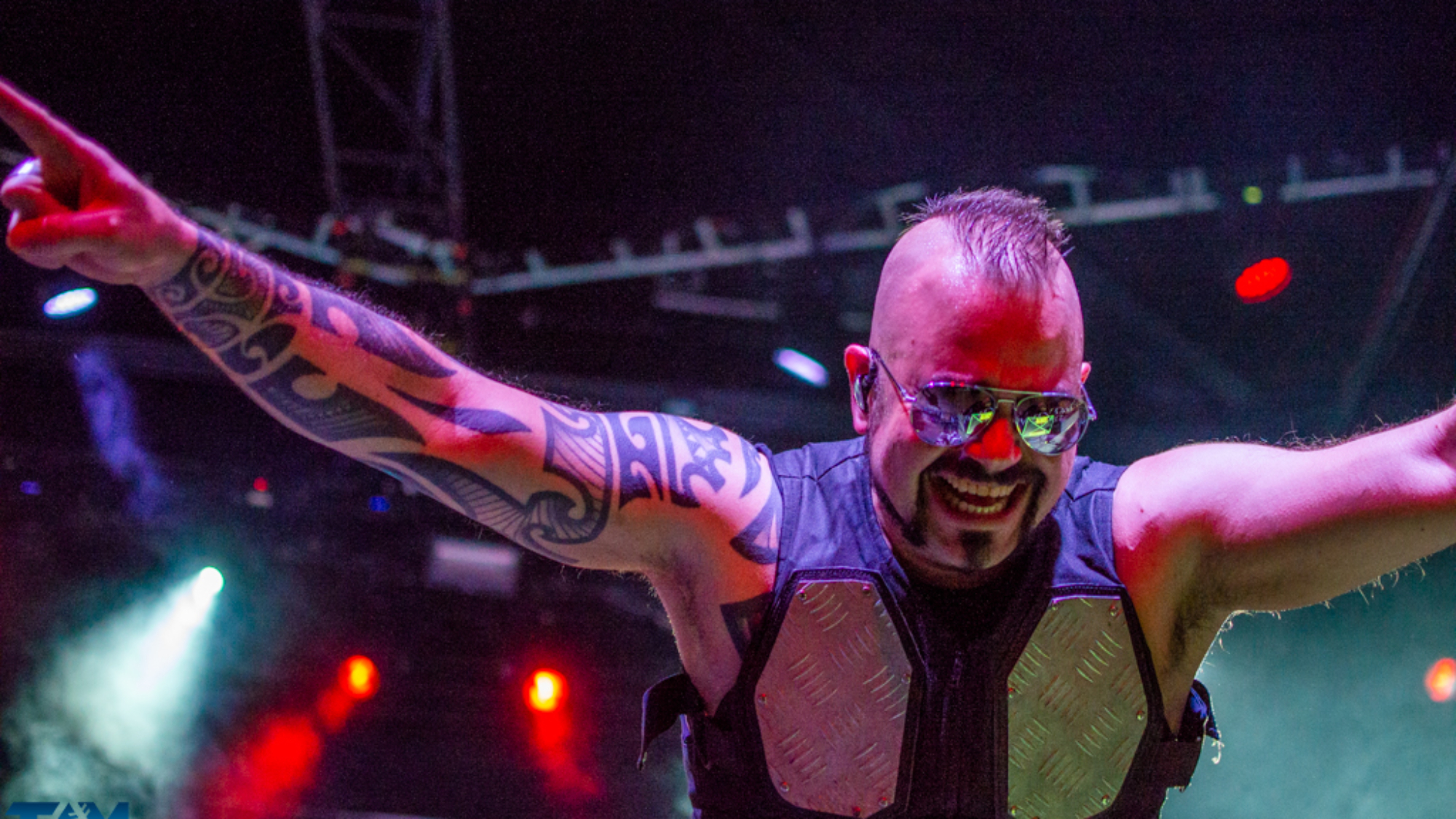 Photos and review by Jenna @huesimages

Swedish heavy metal band Sabaton made a stop in Denver, Colorado September 28th, with special guests Epica supporting. The Fillmore was packed with metalheads ready to mosh and headbang when the lights went down for Sabaton, and a video began playing about World War 1, discussing the war and how there are not enough monuments dedicated to the soldiers who lost their lives.

Sabaton is known for songs and albums about real wars and historical events, and the live set-up supported the vision with a barbed-wire barrier and two tanks gracing the stage as a backdrop. “Ghost Division,” from 2008’s The Art of War, kicked things off with every member of the band showing high energy, darting across the stage to make sure every section of the crowd was immersed in the experience. Sabaton’s newest release, 2022’s Weapons of the Modern Age was represented with “The Red Baron” and “Stormtroopers,” while fan favorite album Carolus Rex was represented with the title track and the Swedish version of “Gott Mit Uns.”

While the mood of Sabaton’s music is rather dark and serious, the members of the band also incorporated humor into the performance, particularly lead singer Joakim Brodén, whose upbeat attitude and smiles were contagious. That energy continued for the entirety of the set, which also included “Steel Commanders,” “Night Witches,” “Soldier of Heaven,” and the finale “Christmas Truce.”

Fans demanded more, and the band returned to play “Primo Victoria,” “Swedish Pagans,” a brief cover of ACDC’s “Highway to Hell,” and finishing out the night with the beloved “To Hell and Back.”

Catch Sabaton on tour with Epica in your city by clicking the link below!