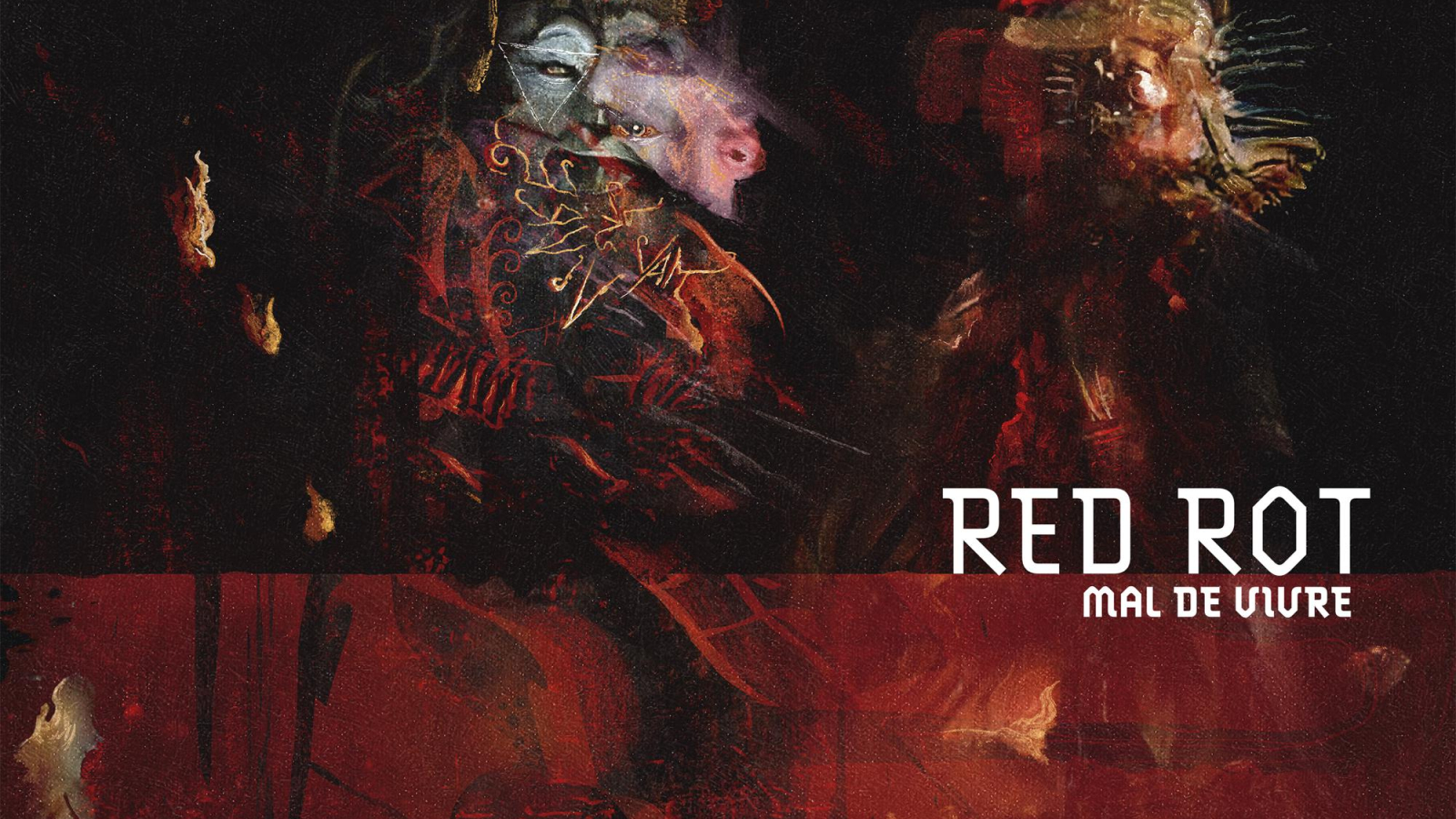 Red Rot is comprised of vocalist Luciano George and guitarist Davide Tiso, former members of Ephel Duath alongside bassist Ian Baker and drummer Ron Bertrand. Mal de Vivre, the band’s debut album, is an extreme collage of black metal, death metal, thrash, avant garde and doom. The 17 tracks on this album hit like shards of glass, as every song is under the 4 minute mark.

“Ashes” opens the album with droning guitars and bass over pummeling blast beats. The track’s dystopian atmosphere sets the mood for the album’s duration. “Undeceased” combines grooving sludge with a manic black metal tempo which before transitioning in to a dreary, disturbingly psychedelic midsection. Red Rot slows it down on “After The Funeral,” a sludgy dirge with an odd rhythm signature reminiscent of Soilent Green. George’s vocals shift from guttural to clean as the song concludes with a sorrowful, baroque riff. “Alpha Predator” is a stomping, aggressive number that lives up to its title. The song speeds up, slows down, grooves and stops like a beast storming the jungle for hapless prey. “Conversation With The Demon” opens with a clean vocals and loose, jazzy percussion with a thin, spacey guitar riff. Things take a crushing turn at the halfway point with pulverizing double base that seamlessly transitions to blast beats. The song’s structure feels like a naive attempt to conjure a demon that ends horribly.

Mal de Vivre is a smorgasbord of violence, darkness and despair. The song structures are disjointed, experimental and brutal. Still, despite the chaos and unconventional compositions, this is a cohesive album. This album can challenge listeners that are new to Red Rot’s experimental take on metal. However, no one can question the band’s musicianship. The album is well produced with the drums sounding particularly impressive.

Red Rot’s debut album will appease fans of avant garde and experimental metal. It’s a fairly short album at 38 minutes, which provides new listeners of this music a brief but firm introduction. The album’s title translates to “unhappiness” in English, which certainly encapsulates the album’s mood. However, this release will bring a smile on quite a few metalheads’ faces.