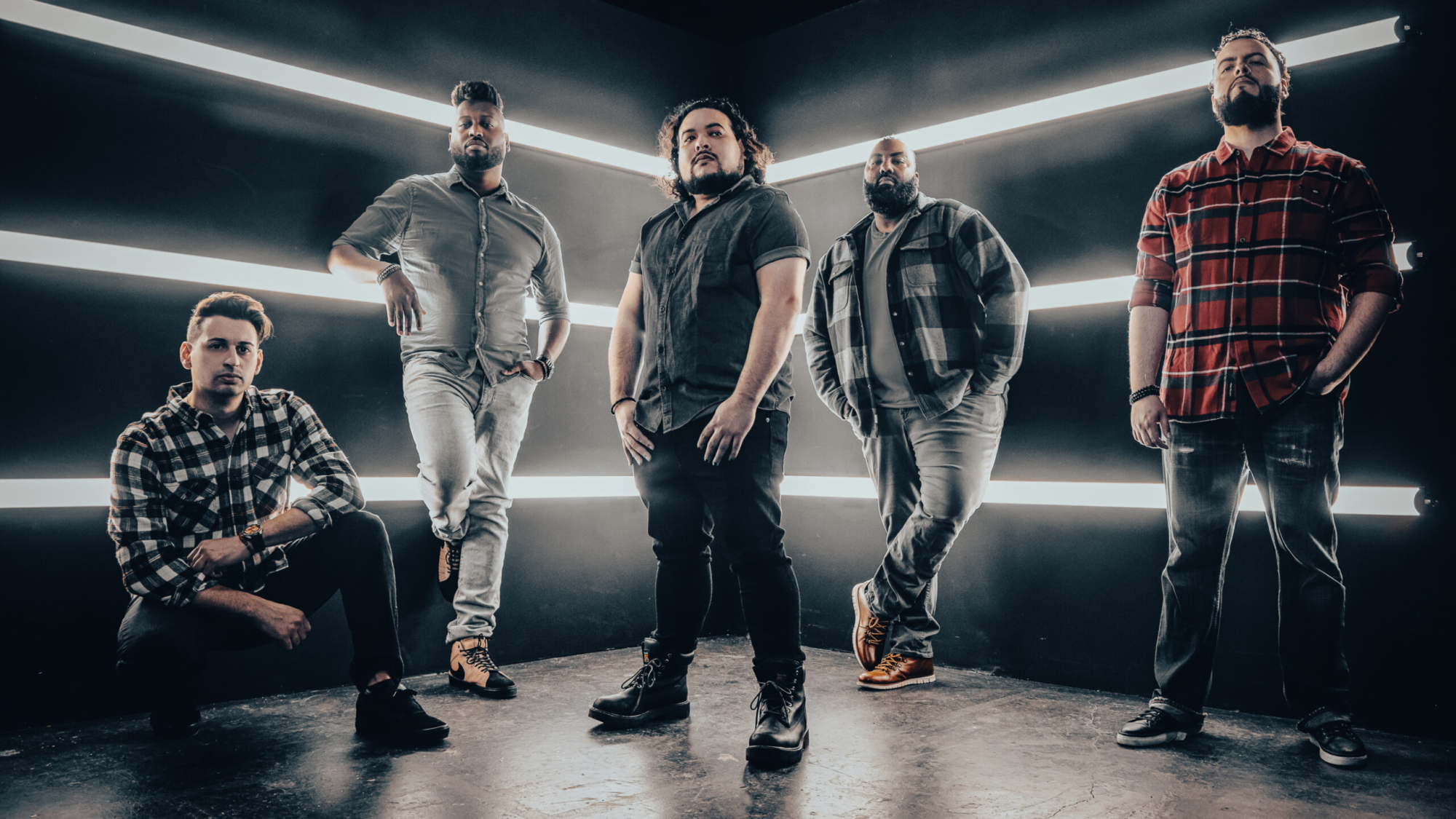 Bronx metal-core mainstay Less Than None has just released their new EP Identity Fading. The 5-track EP is being released by Sonic Decoy Records and documents a period of growth for the band.“If our HANDS ON FIRE EP was our caterpillar phase, then this EP is our cocoon phase,” explains vocalist Carlos.

Thematically, Identity Fading is about looking inward. “It’s about shedding who you used to be and the pain it takes to grow into someone else,” says Carlos. “This E.P is a hodgepodge of songs about grief, loss, self-awareness, reflection, nostalgia, and letting go, all in the theme of coming into the next best version of who you will be. I’m hoping these songs resonate with people who are on their own unique path of self-discovery and healing.”

Musically Identity Fading EP balances the brutal and the beautiful, blending chaotic metalcore with soaring vocals and huge hooks. The EP features the singles “Aware”, which was rolled out earlier this year at the beginning of the album release cycle, and the title track “Identity Fading”, which released with the EP.

“ ‘Aware’ was a very challenging song to write for me. I would argue it is my most spiritual song,” Carlos says. ” ‘Aware’ is about connecting with your high self through self-awareness. It’s about the differences between ego and the self. You are not our thoughts, you are just the observer of them.“ Stream “Aware” on Spotify now or watch on YouTube below:

Since the band’s inception in 2011, Less Than None has had a tremendous impact on the underground music scene of NYC. Less Than None has been featured on media outlets such as Bullspike Radio & Greece’s Metal Therapy Radio as well as performed at the famous Webster Hall and headlined the Gramercy Theatre. The band has performed and worked with a number of artists including Angel Vivaldi, Ghost Ship Octavius, The Bloodline, and A Killer’s Confession among others.

Less Than None has no intention of slowing down post-release. “We’re in the midst of re-discovering ourselves musically and thematically post-COVID times. Shedding who we once were, and preparing for something greater,” says the band. “Our mission is to continue releasing new and exciting music that impacts everyone, from our closest friends to strangers around the world. Join us as we create a musical escape for audiences to enjoy!“

Identity Fading was produced, engineered, mixed, and mastered by Kevin Antreassian at Backroom Studios (Dillenger Escape Plan). It was released by Sonic Decoy Records and is currently playing across all digital streaming platforms. Listen to the album on Spotify below.

Less Than None is celebrating the release of the EP with a live show on Friday, July 29th at 89 North in Patchogue NY, performing alongside A Farewell Fire.

Less Than None Is:

Connect With Less Than None: