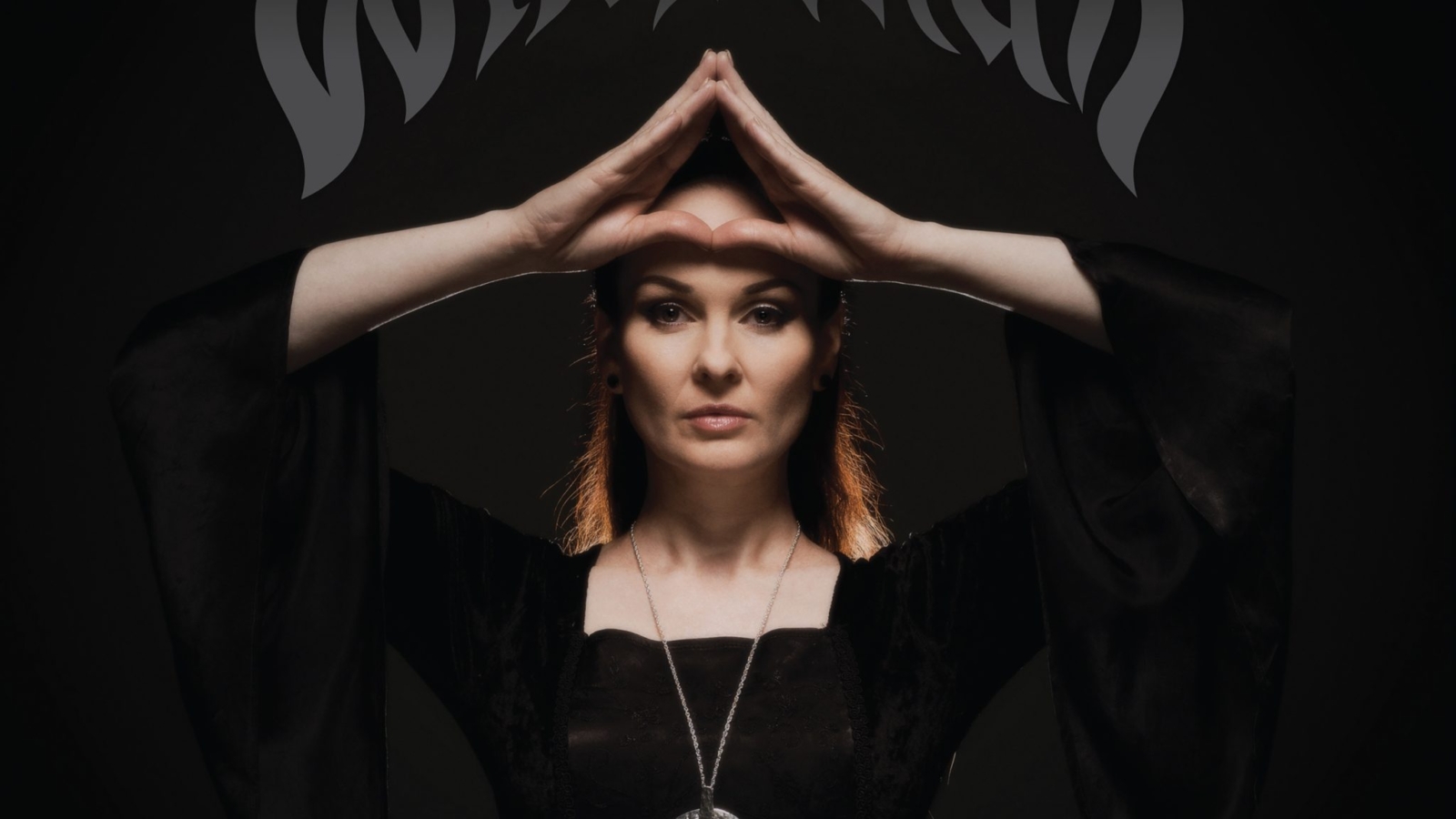 Australian metal trio Witchskull conjure occult imagery atop a fuzzy, distorted musical foundation on its third record, A Driftwood Cross. Cross is a straightforward, no frills album with eight tracks that do not cross the six minute mark. Album opener “Black Cathedrals” is a down tuned galloping rocker with a grimy riff that propels like a motorcycle down a desert road. Marcus de Pasquale’s soulful wails and brief guitar leads energize the track before it concludes with a slow tempo and bluesy solo. “Baphomet’s Child” is a grinding track which is more stoner hard rock than desolate doom metal. “The Red Altar” opens with a simply, creepy bass line before the drums and guitar join in for the ceremony. “Altar” is more doom than the previous tracks with its slow tempo and crunching guitars. The sorrowful solo and minor guitar riffs punctuate the hopeless feeling on this track. Cross speeds back up with “Dresden,” with its military like tempo and pounding bass drum. The Judas Priest and Iron Maiden influence shows on the first half of this song. However, the track slows at the midpoint with a haunting clean guitar chords and Tony McMahon’s chilling bass line. “Nero Order” opens with building drums and psychedelic guitar chords that explode in to a thick, rumbling riff. The title track concludes the album and opens with a sludgy guitar riff and plodding drums before speeding up towards the end. It is a dirty, spacey song that properly sends A Driftwood Cross away.

Driftwood Cross is notable for its brevity as the album is roughly 38 minutes long and the band never jams on this record. Long, slow songs are typical in the doom and stoner sub-genres, yet Witchskull eschewed this convention in favor of dynamic songs that are fairly mid-paced. Thus, the despair and hopelessness commonly associated with doom metal is not prevalent on this record as opposed to a band like Konvent or Crowbar. The band’s gritty sound is not over produced and all three instruments are audible.

Witchskull’s third effort is a solid one and fans of stoner and doom will take to A Driftwood Cross. However, this album is not filled with dirges like a Paradise Lost or My Dying Bride album. This album skews more hard rock but still maintains a degree of doom metal. Witchskull are carving a niche for itself and A Driftwood Cross shows the trio are not drifting away.