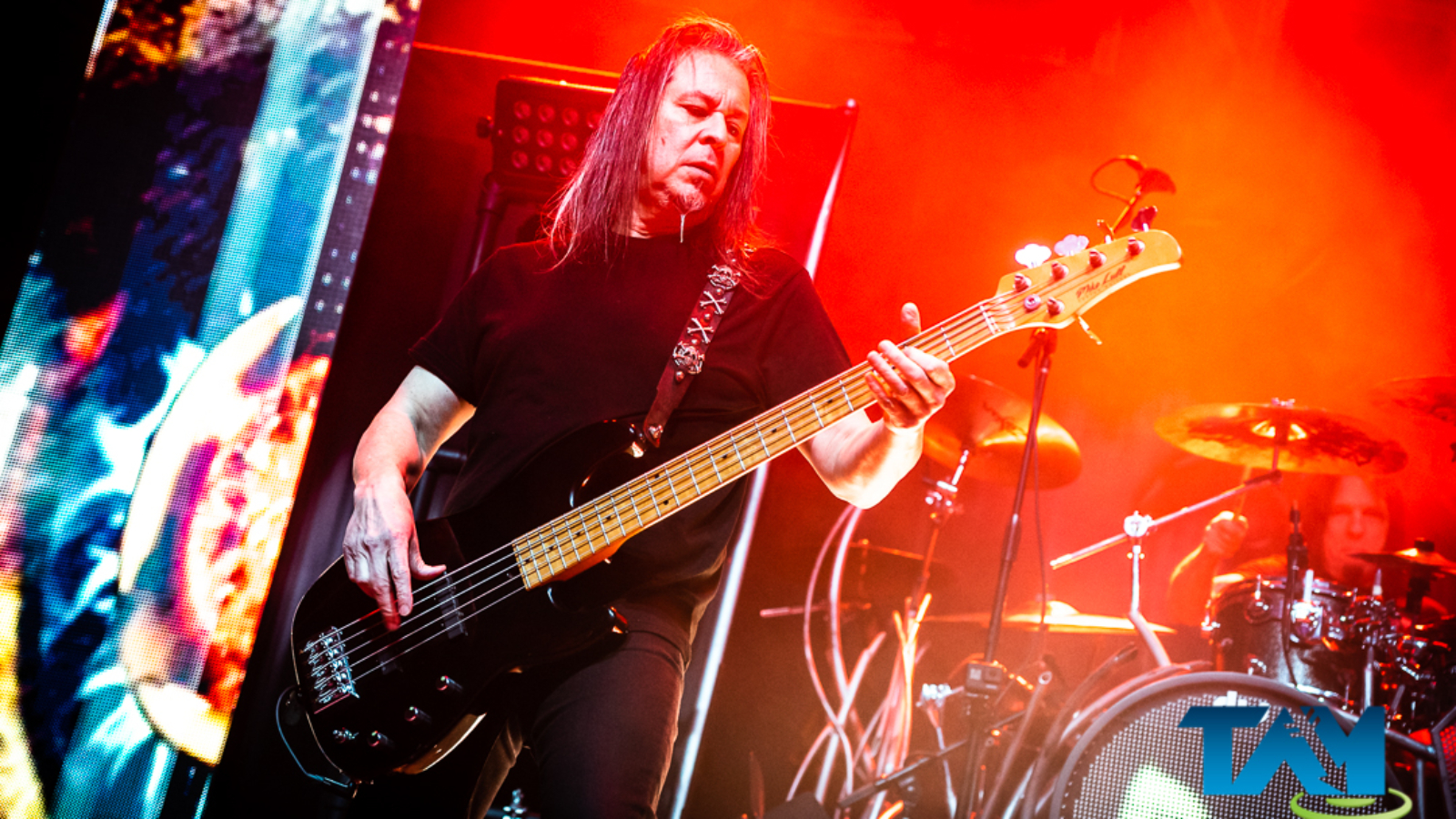 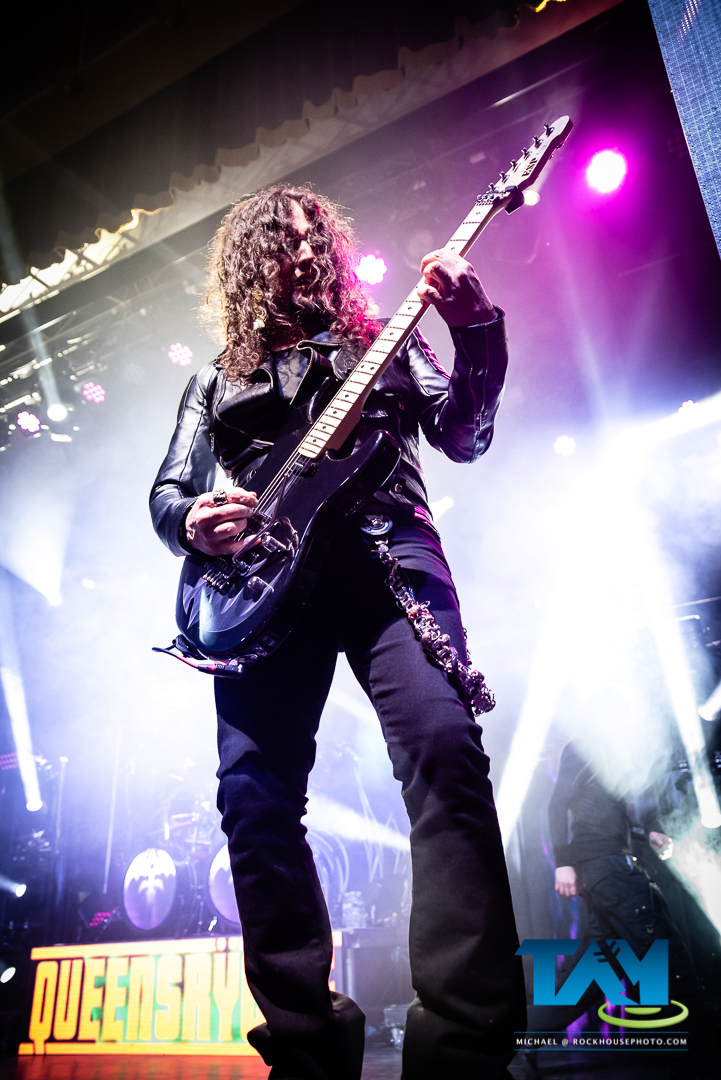 It’s hard to believe how quickly time has passed, but “Mach 2” of the Seattle-based metal band Queensrÿche has been together now for roughly eight years and three albums. Where has the time gone? It wasn’t too long ago when people were saying things like: “How will they survive Chris DeGarmo’s exit?” “How will they survive Geoff Tate’s exit?” How will they survive when radio stations rarely play rock music and people don’t buy albums anymore? Queensrÿche has stayed the course and have proven themselves to be bulletproof. Not only have they survived the chaos of years past, they seem to be picking up steam with the release of their very well-received album from last year, The Verdict. Still touring to promote that album, I caught up with the band on yet another rainy night in Atlanta at The Buckhead Theatre to see it live for myself.

The stage set was minimal, but colorful. There were several monolith-like standing video screens on stage, flashing the band’s logo along with a variety of images during each song. Two circular video panels were set into the front of drummer Casey Grillo’s bass drums, which also displayed images like spinning skulls and fire. In between the screens were a series of rotating lights, adding some low-level color behind the band.

The song selection was heavily weighted towards Queensrÿche’s first four albums, plus a handful of selections from The Verdict. “Blood of the Levant” was probably my favorite off of the new disc, but “Bent,” “Man In The Machine,” “Dark Reverie” and “Light-years” all fit in seamlessly with the older material. Speaking of the old material, it was great to hear deeper cuts like “Resistance” from Empire and “Prophecy” from their major label debut, The Warning. I wish more bands would dig deeper into their back catalog. It’s almost like a nod to their true fans – the people who know their music inside out, not just their hits.

I gotta say, picking Todd La Torre to front this band was really a stroke of genius. His powerful vocals never fail to impress, especially singing the more challenging Geoff Tate era songs like “Queen Of The Reich” and “Screaming In Digital.” La Torre rarely bails on his vocal duties – he attacks all of this challenging material full-on. His singing on “Take Hold Of The Flame” was superb, equalling Tate’s power and vibrato.

The band’s musical performance was pretty faithful to each song’s recorded version. Queensrÿche has never been a band that jams or strays too far from the original, and that still holds true. I’d love to see them drop in a cover song, or maybe do a mini-acoustic set, paying tribute to their excellent “MTV UnPlugged” performance from many years ago. Not that there’s anything wrong with sticking closely to their history of work, but I think their live show could use a little more variety, and not just in the song choices.

Still, this was a great night of music that you should not miss. The band will be touring across the US through July, and you can also catch them in Las Vegas in June as part of the Scorpions Las Vegas residency at the Zappos Theater at Planet Hollywood.

Encore
No Sanctuary / Light-years / Empire / Eyes of a Stranger