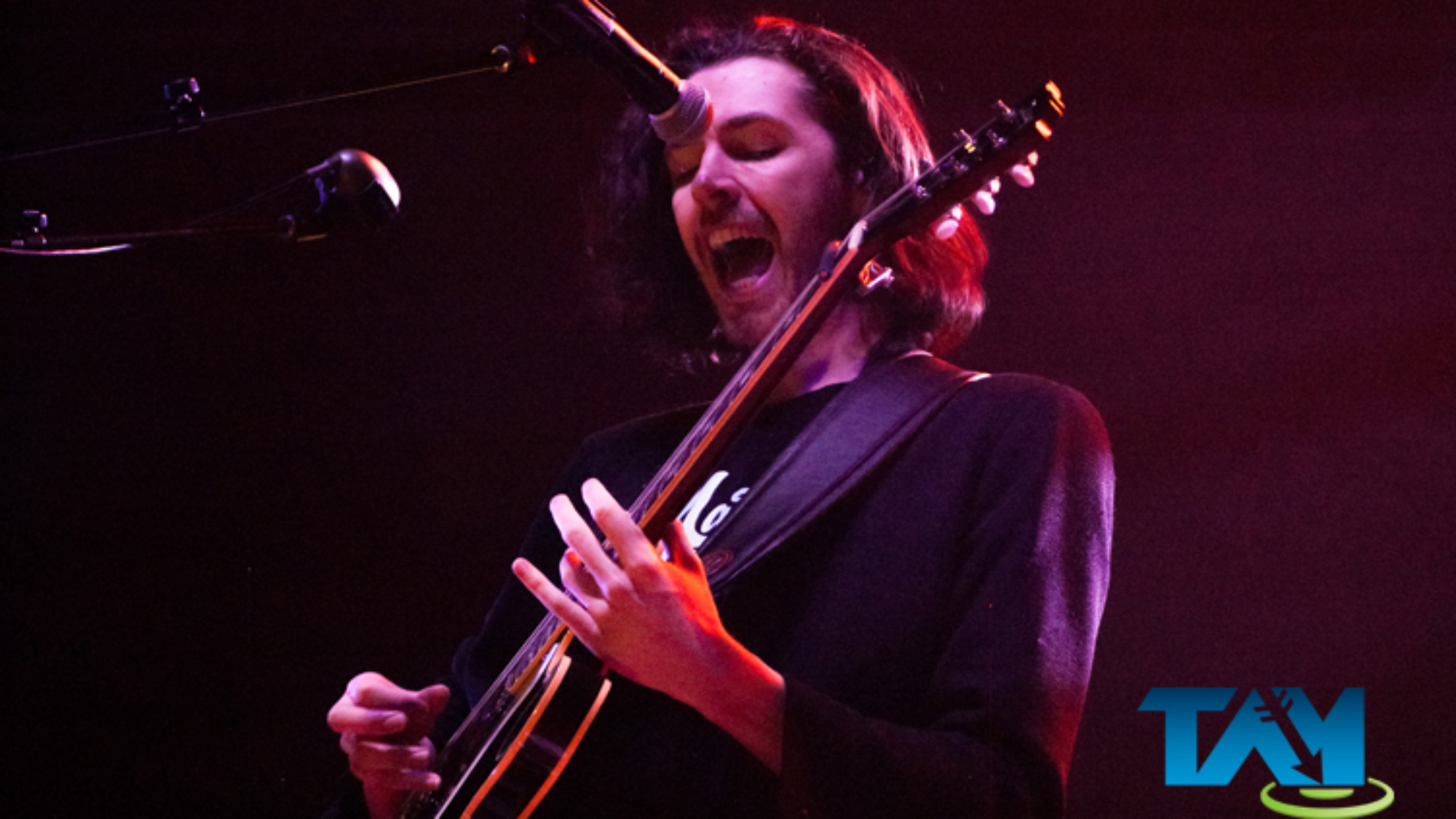 Hozier’s Wasteland, Baby Tour made a stop in Atlanta March 23rd, selling out the Coca-Cola Roxy.

Fans who arrived early enjoyed a fun, spunky set from opener Jade Bird, who, with just an acoustic guitar and her voice, commanded the stage and had the whole crowd clapping and singing along. Bird was all smiles while performing songs such as the not-so-subtle kiss-off  “Uh-Huh,” as well as “Good At It,” and “I Get No Joy.”

“Where are the ladies?” Bird asked with a laugh at one point, to which the 90% female crowd responded with a loud roar. It’s true that Hozier’s fan base is primarily female, but this may have worked in Bird’s favor, as many of them seemed to enjoy her set.

Hozier, with a plethora of backup singers and musicians, took the stage next, beginning the set with “Would That I,” from his new album Wasteland, Baby. The album dropped recently, but fans already knew every word, singing it back as Hozier traversed the stage with a casual swagger and a smile. The Irish singer kept things going with “Dinner and Diatribes,” and the phenomenal, politically-charged “Nina Cried Power,” also from Wasteland, Baby. Things slowed down a bit for “Someone New,” and “From Eden,” both from 2014’s self-titled album.

“I’ve been writing a lot of love songs for the end of the world,” Hozier said, introducing the title track of the new album. “I think this one falls into that category.” When the song ended, he joked, “I know who I want to be with when the world ends,” eliciting deafening cheers from the crowd.

The performance of the night was “To Be Alone,” during which Hozier’s gravelly, sexy voice paired with percussionists, female backing vocalists, and one hell of a violinist was enthralling to watch, and more so to hear. Though Hozier is best known for his delicate, romantic love songs, there is a lot more where that comes from, with shades of rock, blues, and a lot of soul, all punctuated by his signature voice. Massive hit “Take Me to Church” closed the set with the entire venue singing along to the haunting love song, before Hozier returned for an encore of beloved fan-favorite “Cherry Wine,” and “Work Song.”