by Daniel Karasek
with no comment
Concert CoverageThe ATL

(Full gallery at the bottom of the review)

Masquerade was packed from Heaven to Hell on Sunday, September 24. Attendees were ending their weekends with a head bang as rock and metal music echoed through the empty crooks and crannies of Underground Atlanta. The show to see for the night was in Heaven with Nothing More headlining with guests My Ticket Home, Palisades, and Hell or Highwater. There was a constant stream of eager metal heads filling the venue well before a hand struck a chord or stick hit a can. They formed a hurdled mass pressed up against the stage, waiting for the evening of mayhem to start. 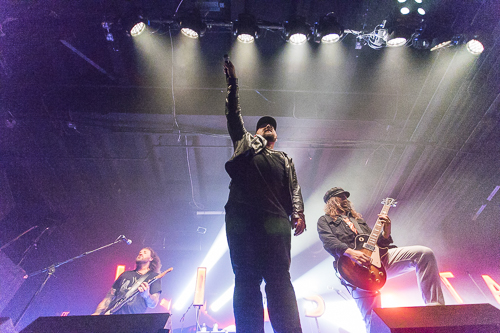 Kicking off the night was Hell or Highwater from Vista, California. The band’s frontman Brandon Saller, who you might recognize as the drummer from Atreyu, was a great hype man to set the performance bar for the night. His high energy and vocals paired well with his band, formerly known as the Black Butt Collective, as they performed tracks from their recent LP dropped called “Vista”. 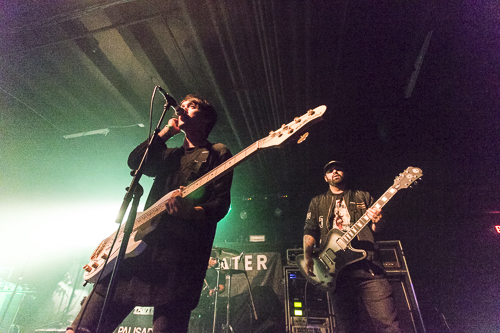 Next up on the roster was Palisades, a post-hardcore band hailing from the great state of New Jersey. From song one, the crowd was singing along in a fierce shouting match with their frontman Louis Miceli, showing how much love their fans have for their music. Miceli seemed to get lost in his performance like he was born to be in the spotlight. During their set, Palisades did a tribute to the late Chester Bennington commanding the crowd to light up Heaven with phone lights. Shout out to them for that tribute. 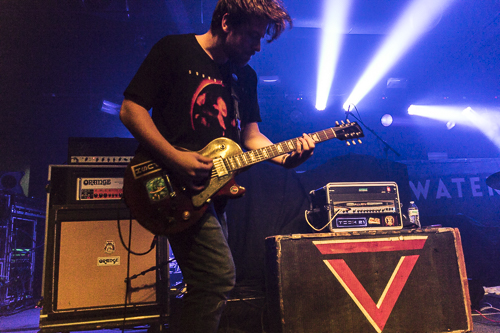 My Ticket Home, a heavy metal band with roots in Columbus, Ohio, was the river act before the turn. The band calls themselves “puke rock”, and after hearing them live, I wholeheartedly agree. They have a unique mix from punk to metalcore with clean vocals that made them standout for the night. Overall, a performance not to miss.

The headliner for the night, Nothing More, took the stage with the crowd going nuts. The band has a reputation for putting on epic stage performances, and their set that night was on fire. Their lead vocalist and frontman Jonny Hawkins stole the night with his energy. 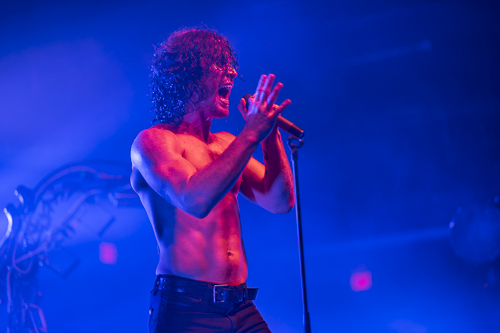 He was the rug that kept the room together. Watching him glide across the stage put extra pizzazz in their show that made it one of the best live performances I have seen. With the added addition of their homemade instruments from motorcycle engines, such as their synthesizer The Scorpion Tail, Nothing More really is a band one can only truly enjoy live. If all the extra showmanship wasn’t enough, the musical talent of the band’s live performance matched that of their recorded albums. This displays the raw talent behind the antics these metal heads made into a concert to see before you die. Seriously, I put them in that high regard. Call my bluff and go see them on tour by checking out their 2017 schedule here.