by Jeff Miles
with no comment
Concert CoverageThe ATL

“HELLO MOTHERF**KER!” is the chorus of Faith No More’s most recent single and the words they chose to reintroduce themselves to American audiences. It was a welcomed greeting. With the exception of a handful of shows in 2010, Faith No More has not mounted a full U.S. tour since their breakup in 1998, and not released an album since 1997’s Album of the Year.  That all changed with the release of Sol Invictus in May and a world tour that stopped by Atlanta’s Masquerade Music Park Thursday, July 30, 2015.

Sweden’s Refused opened up the show in the sweltering heat with a ten song set consisting mostly of songs off their newest album, Freedom, and a few off 1998’s The Shape of Punk to Come. The heat didn’t stop the band, especially vocalist Dennis Lyxzén, from delivering an energetic set that primed the crowd for Faith No More, even teasing the audience with about 30 seconds of Slayer’s “Raining Blood.”

If you’ve seen any recent video clips or late night talk show performances from Faith No More, you’ve probably noticed the all white attire the band has adopted for this tour. The white theme also included the stage set, props, background, and even the keyboard. The front and back of the stage was adorned with dozens of colorful flower bouquets, making it look more like a church prepared for a funeral than a stage ready for a rock concert.

The set list could not have been better. Faith No More played a balanced cross section of their catalog; three or four songs off every album from Angel Dust to the current release. “Evidence,” “The Gentle Art of Making Enemies,” and “Last Cup of Sorrow” were highlights in a set.  “Epic” was, of course, a crowd favorite, as was their cover of the Commodores’ “Easy.” During “Midlife Crisis,” vocalist Mike Patton gestured to the band and they immediately shifted the style of the song to a more funky R&B vibe. They allowed the crowd to absorb this altered version for over a minute before seamlessly slamming back into the guitar-driven chorus. The band sounded great and was in perfect sync. The strength, versatility, and range of Patton’s vocals were as strong as ever and especially evident on “Ashes to Ashes” and a spotless rendition of Herb Albert’s “This Guy Is in Love with You.” to close out the night. 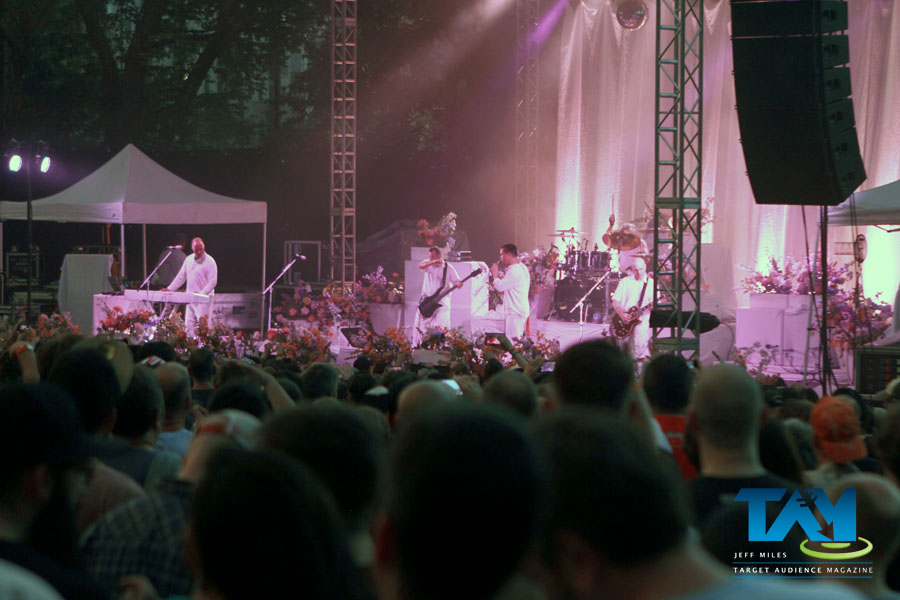 Faith No More continue to push boundaries and redefine themselves. Sol Invictus is a true Faith No More album, meaning that it sounds nothing like their previous efforts, and nothing like any other band. Do yourself a favor and catch one of the shows on this tour to witness one of the most original bands of the last thirty years. The tour runs through September 25. Tickets for the remaining dates can be purchased at Faith No More’s official website.