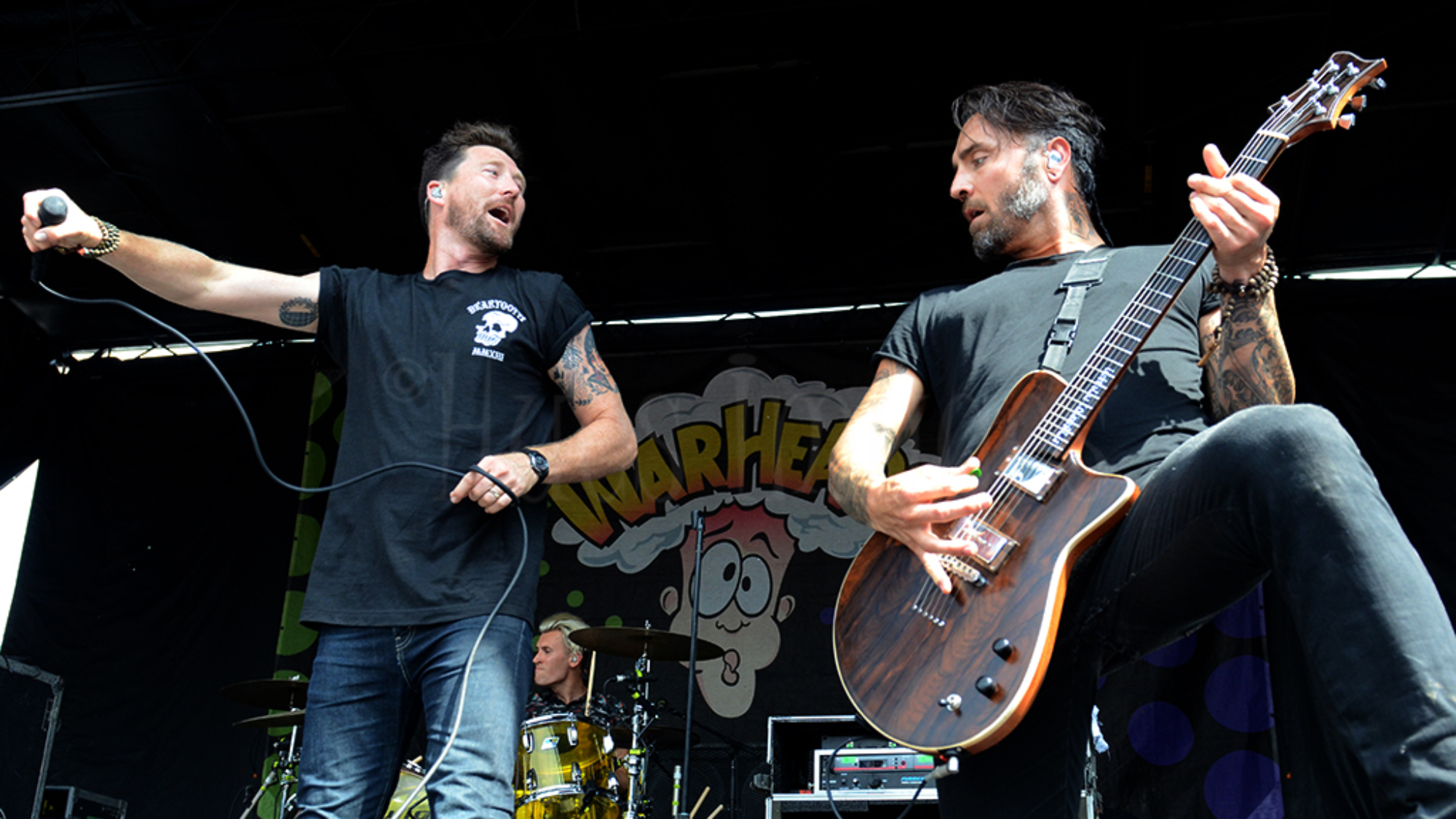 The Vans Warped Tour made its stop in Atlanta July 24, 2014, at Aaron’s Amphitheatre at Lakewood, drawing in droves of punk rock kids (and their parents). The Warped Tour is celebrating its milestone 20th year, and the festival continues to grow and evolve, never failing to provide punk rock’s biggest acts on the bill and also give the unknown up and comers a chance to shine. This year’s Warped featured nearly 100 punk rock/pop and metal bands, including veterans such as Anberlin, Mayday Parade, Less Than Jake and Yellowcard, as well as bands new to the scene such as The Summer Set and We The Kings.

Though the day was sweltering and the threat of rain hung over Lakewood, bands playing on the uncovered stages gave it their all. The first band I caught on the Warheads stage was Cute Is What We Aim For, a veteran of the festival. The band, formed in 2005, kept the crowd pumped during a performance that included “Newport Living,” “Practice Makes Perfect” and “The Curse of Curves.” A short rain shower didn’t faze lead singer Shaant Hacikyan, who strolled along the edge of the stage thrusting his microphone into the crowd for them to sing along.

Back inside the amphitheatre, punk veterans Yellowcard took the Kia Soul stage, launching right into “Lights and Sounds,” from the 2006 album of the same name. The band, out of Jacksonville, Fla., took the crowd through a diverse set that included hits “Light Up The Sky,” “Awakening,” and arguably the band’s most popular song, “Ocean Avenue.” Lead singer Ryan Key and violinist Sean Mackin did their part to keep the crowd jumping and singing along to every word and their energy was probably the best of all the bands performing. Yellowcard has been performing together for nearly 20 years, but the band is obviously still loving every minute of it. Drummer Nate Young is spending a busy Warped Tour playing drums for both Yellowcard and his own band, Anberlin. He pulled off every Yellowcard song effortlessly, making his way to the other side of Lakewood to play with Anberlin shortly after.

2014 is Anberlin’s last year together, as the band announced earlier this year that it would be breaking up, but releasing a final album and going out on a final tour. Fresh off the release of that album, Lowborn, the band drew what was likely the biggest crowd of any act performing at Warped. Anberlin took the Warheads stage, launching right into “Feel Good Drag,” the band’s biggest hit. Lead singer Stephen Christian was a non-stop energy, keeping the crowd riled up, fist pumping and singing along through a set that included “Self-Starter,” “Breaking,” and new song “Stranger Ways.” Christian let the fans know that Anberlin would be performing in Atlanta one more time (at the time, no Atlanta date had yet been announced) to enormous cheer, and that he and the other members of the band would be signing immediately following its set. Anberlin closed out the set with fan favorite “Paperthin Hymn.”

Shortly after, a massive storm rolled over Lakewood, shutting down the outdoor stages for nearly an hour due to lightning. While a lot of people left after this, the diehards made their way to the covered Amphitheatre for sets from Breathe Carolina, Mayday Parade, Enter Shikari and The Summer Set. When the rain finally stopped, fans ventured back outside, even though many of the later sets were cut short due to time.

I caught alternative/punk act The Maine on the Warheads stage, who gave its all despite a fairly small crowd. The band, out of Tempe, Ariz., had a short set that included “Right Girl,” “Into Your Arms,” and “Run,” from the newest album, 2013’s Forever Halloween. Frontman John O’Callaghan dominated the stage, encouraging fans to sing along and jump with him. After only four songs, O’Callaghan informed the crowd that the band only had one minute left since the set was cut short and the band launched into a teaser of “Girls Do What They Want,” which had the crowd briefly dancing and singing along and definitely left wanting more.

Cute Is What We Aim For Gallery