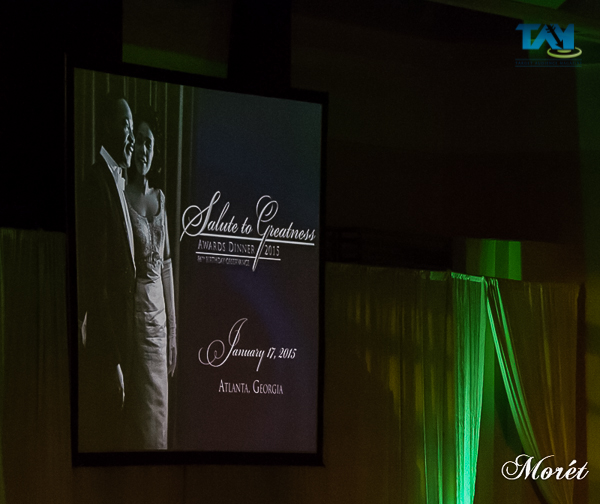 Below are highlights from this year’s ceremony:

Former President Bill Clinton and Founder of the Clinton Foundation thanks the King Center for his award and challenges all to make a difference.

Bonnie's award-winning photography has been recognized by The Georgia Council of the Arts as "an exceptional representation of contemporary Georgia art work." Her work was featured on Georgia Public Broadcast's Georgia Traveler. Her exhibitions include Metro Montage XIII at the Marietta/Cobb Museum of Art, World of Water exhibit at the Georgia Aquarium, Open Walls at Black Box Gallery in Portland, Oregon, The Artists Lounge at Queens Pride House in Jackson Heights, New York, @Phonography: Dialogue in the Wireless Age, at 3 Ring Circus in New Orleans, Louisiana, Wholly Georgia: A Look at the Effects of Southern Religious Culture, sponsored by the Art History League and Georgia State University, at Mint Gallery in Atlanta, Georgia, and 6x6 at the Rochester Contemporary Arts Center in Rochester, New York. Her work hangs in the executive offices at the State Capitol as part of the Art of Georgia exhibit. For more information, visit www.bonniemoret.com.