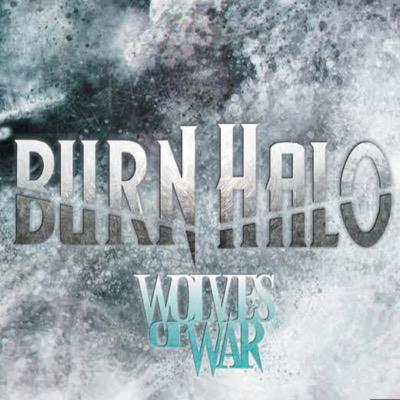 It is hard to make extreme music with commercial appeal. Fans of extreme metal will cry “sellout,” while casual music listeners may find the music too hard. Still, when it a band pulls it off right, the results are rewarding. Burn Halo’s new record Wolves of War is somewhat successful in making heavy commercial music. The title track is equal parts metalcore and radio rock. The band does a good job meshing Swedish death metal styled riffs with clean vocals. The soft/hard ballad “Out of Faith” is a dynamic rock track with a shredding guitar lead. “Dying Without You” mixes hardcore grooves with classical guitar passages, while “Novocaine” has small elements of electronica. There is no solid direction on the record, which is not necessarily a bad thing. However, Burn Halo runs the risk of alienating fans for being too soft or casual rock listeners for being too heavy. The band faces the same problem as All That Remains, who have faced backlash for releasing more commercial records.

Wolves of War is a solid hard rock record, but not groundbreaking. The album does not stand out in a genre oversaturated with bands attempting to sound heavy but mainstream. There is an obvious mood of restraint on this record, as the band knows it can play complex, heavier music. Still, Wolves of War has several good tracks that fans will enjoy. Ultimately, this record will not put Burn Halo in the same league as Avenged Sevenfold or Five Finger Death Punch. The wolves may have to fight a few more battles until then.