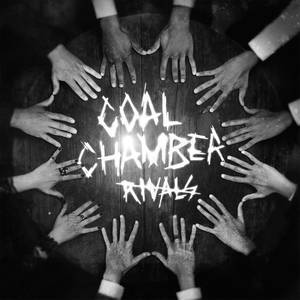 Oh the 90s. A decade of nu-metal, Hot Topic, black baggy pants, and pseudo-goth fashion. In this haze of black eyeliner and down tuned seven string guitars came Coal Chamber. Coal Chamber never enjoyed the popularity of bands like Korn, Limp Bizkit or Slipknot. Still, the band’s dark imagery and tight rhythms garnered the band a dedicated cult following. The band reunited in 2011 and four years later we have its fourth album, Rivals.

Dez and Co. are all business from the opening track “I.O.U. Nothing.” The track is hard hitting with guitarist Meegs churning out chunky riffs straight from the Nineties. “Bad Blood Between Us” continues the beat down as Dez continues his verbal barrage about an unnamed enemy. The remaining tracks continue in the same vein. “Suffer in Silence” and “The Bridges You Burn” sound like recordings from 1998, so there is nostalgia when hearing these songs. This is a good thing for Coal Chamber fans as the band does not deviate from the formula that initially garnered it popularity. In fact, the band sounds better than ever. The 13 year gap between the band’s last album and tour has not slow it down one bit. The downside, is that Rivals can grow monotonous at times. Nu-metal detractors will criticize Rivals for its lack of variety and heaviness. However, it is doubtful these folks will buy the album at all.

So does Rivals live up to the hype? Yes, without pause. Rivals features everything the band is known for. The riffs, groove and off kilter vocals are up front and clear. Rivals will silence the skeptics who think the album will not live up the band’s earlier releases. It is a solid, consistent comeback record. I highly recommend Rivals for fans of the group and those wanting some nu-metal nostalgia. Coal Chamber’s rivals certainly lit a fire under the band, and for the better.