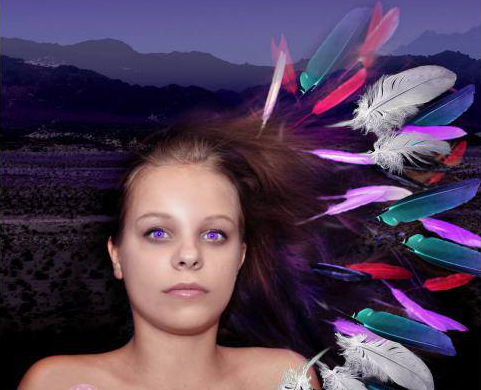 Book Review: Children Of The Program

Landscapes of torment and suffering flood the imagination.  A blinding white release for a few fortunate souls.  A new life carried upon the wings of birds after lifetimes of death.  Indigo eyes look towards the future.  Author Brad W. Cox has a way with words.  I’ve known this for years, being transported to otherworldly dimensions through his colorful lyrics and their musical accompaniment from bands like Skitzo Calypso and We Love The Underground.  But in Cox’s debut written work “Children Of The Program,” he has embarked upon his most ambitious undertaking to date.  Colorful and filled with mystique, it has all the makings of a page-turner.

The back cover states: “A murderous cult threatens the enlightenment of tomorrow, as 12 strangers, plucked from various parts of the world, are awakened and brought together by a divine calling.”  An enticing tagline, to be sure.  I recently finished this book and I was honestly impressed.  Balancing such a cast of characters as Cox has done here, and giving each of them enough personality to make them feel real, is no easy task.  Admittedly, certain characters carry more weight than others, which helps keep the story moving at a steady pace.  Most noticeably is Neco, who is the only member of the 12 who is portrayed in first person narration, providing an easier avenue for emotional connection.  In his most dire of moments, I found myself extremely curious as to what his future held.  I carried that same interest for the antagonist of the work, who is equal measures enigma and allure.  While I found the person’s motive strange, it stands as a testament that different people are driven by different forces.  We are dynamic animals, which Cox has tried to portray in vivid strokes.

What is it about this book that makes it worth reading?  While the characters are pleasant, the main focus is the story.  Though there is a slight lull after the introduction, as each player in this game has to be fleshed out, it builds up into a web of intrigue.  Twelve strangers, drawn together by a supernatural force, embark upon a unified mission that is quickly staggered by malcontent.  It features love, conspiracy, and more than one murder most foul.  This novel takes the idea of “the children are our future” to a new extreme.  Join Neco and his 11 cohorts as they embark upon one hell of a ride, from the Painted Desert to the corners of the Earth, in order to save the world.

P.S. – We Love The Underground, the band fronted by Cox, is set to release a companion soundtrack that will share the same name as the novel.  That album will be ready in time for the release party on 1.23.16.  If you are in the Baltimore, MD area, be sure to join them!

Buy “Children Of The Program” at: Amazon | Barnes & Noble