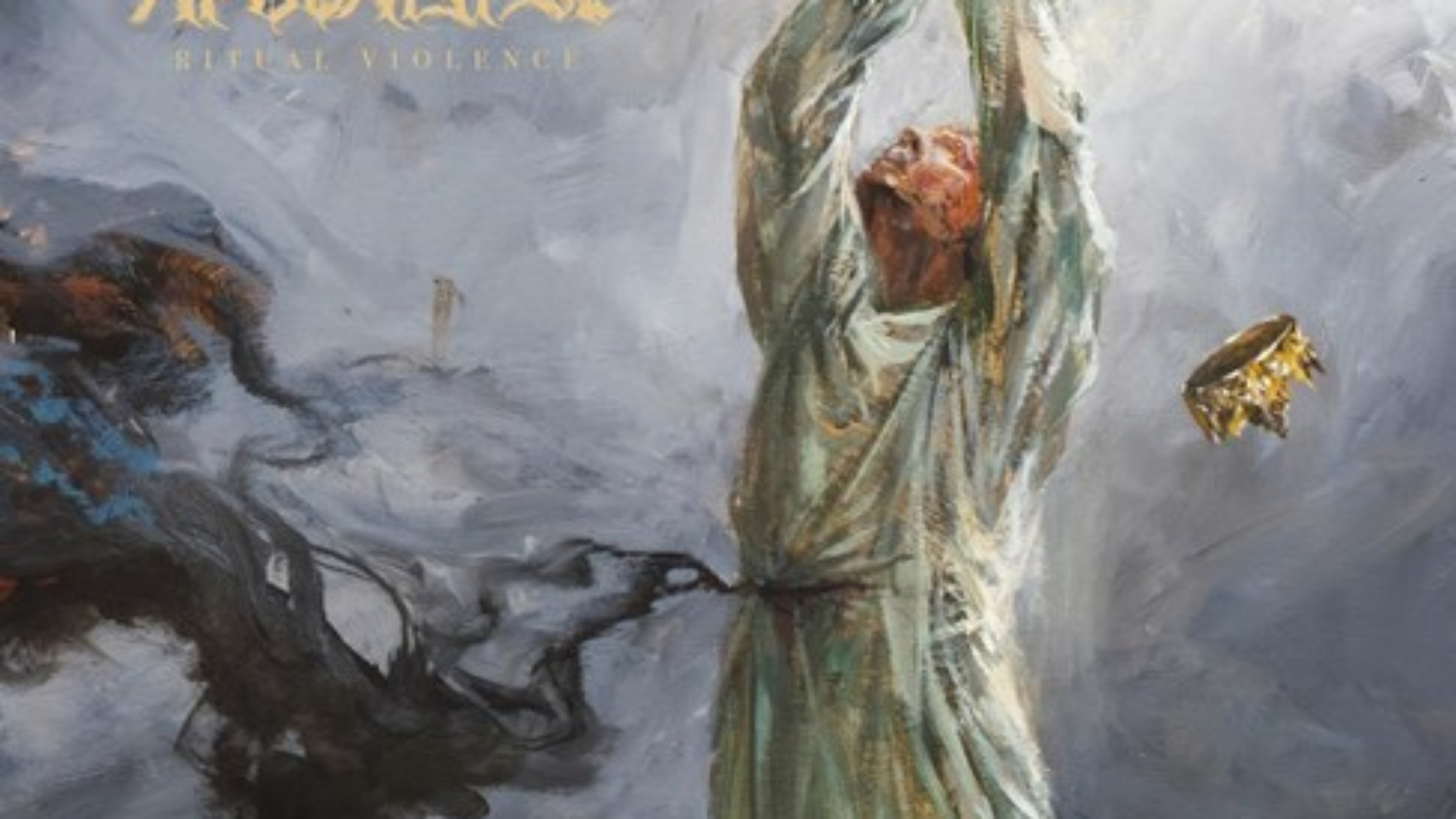 Californian sludge metal outfit Armed For Apocalypse return with its third proper album Ritual Violence. Ritual is the band’s first LP in nine years, and its first release in four after the Palm Reader EP. This album is replete with walloping production, yet the musical assault slightly misses the mark. The opening track, “Under My Shame,” bludgeons the ears with its oozing guitars and monolithic drums. Its tempo transitions from slow to moderate, but gives the listener little room to breath until it concludes.

“Frail” is a hardcore number with lumbering guitars over manic drumming. The breakdown is a bit underwhelming despite the powerful guitars. “Hourglass” opens with a galloping riff that drives the track like a locomotive on the railroad. There is a slight Pantera influence on this track with the bluesy riff and bass line during the final half of the song. It makes for an enjoyable listen. “Lifeless” is the hardcore meets power violence track. Drummer Nick Harris does some nice drum rolls that almost sound like blast beats, faux blast beats if you will. The track’s breakdown is better than on “Frail” as the riffs are slightly progressive.

“Live Through The Storm” actually has blast beats which fit nicely in this pulverizing track. This track grooves more than the previous tracks and the rhythm changes coupled with the unorthodox riffing make for an interesting listen. “Foredoomed” is one of the best tracks on Ritual Violence. A fast paced number with a blistering guest solo from Sepultura guitarist Andreas Kisser. The band’s energy is tenfold on this track and one wonders why its not present for the bulk of the album. Album closer “Eternally Broken” opens with a morose riff that stops when vocalist and guitarist Nate Burman sings. Clean guitars play during the midsection before a hammering riff takes us home.

Ritual Violence is a loud record, with a near suffocating feel. Kurt Ballou, the guitarist for Converge, engineered this album and did not relent on the heaviness. Ritual Violence was produced to bludgeon the listener’s auditory system and it nearly does. Unfortunately, the album falls short in the songwriting. The tracks linger on too long in some spots and are too simple on other spots. Granted, this is Armed For Apocalypse’s first proper studio album in nine years. However, the band plays it safe for a large portion on the album. The band is at its best when it goes off like on “Foredoomed.”

Ritual Violence should appease fans of the band and those that want no frills sludge metal. It is not a bad record by any means, just slightly predictable at times. The album is certainly violent. However, its quality falls a little short to make it a ritual listen.

Check out the band’s Facebook page for news and tour dates: https://www.facebook.com/armedforapocalypse/