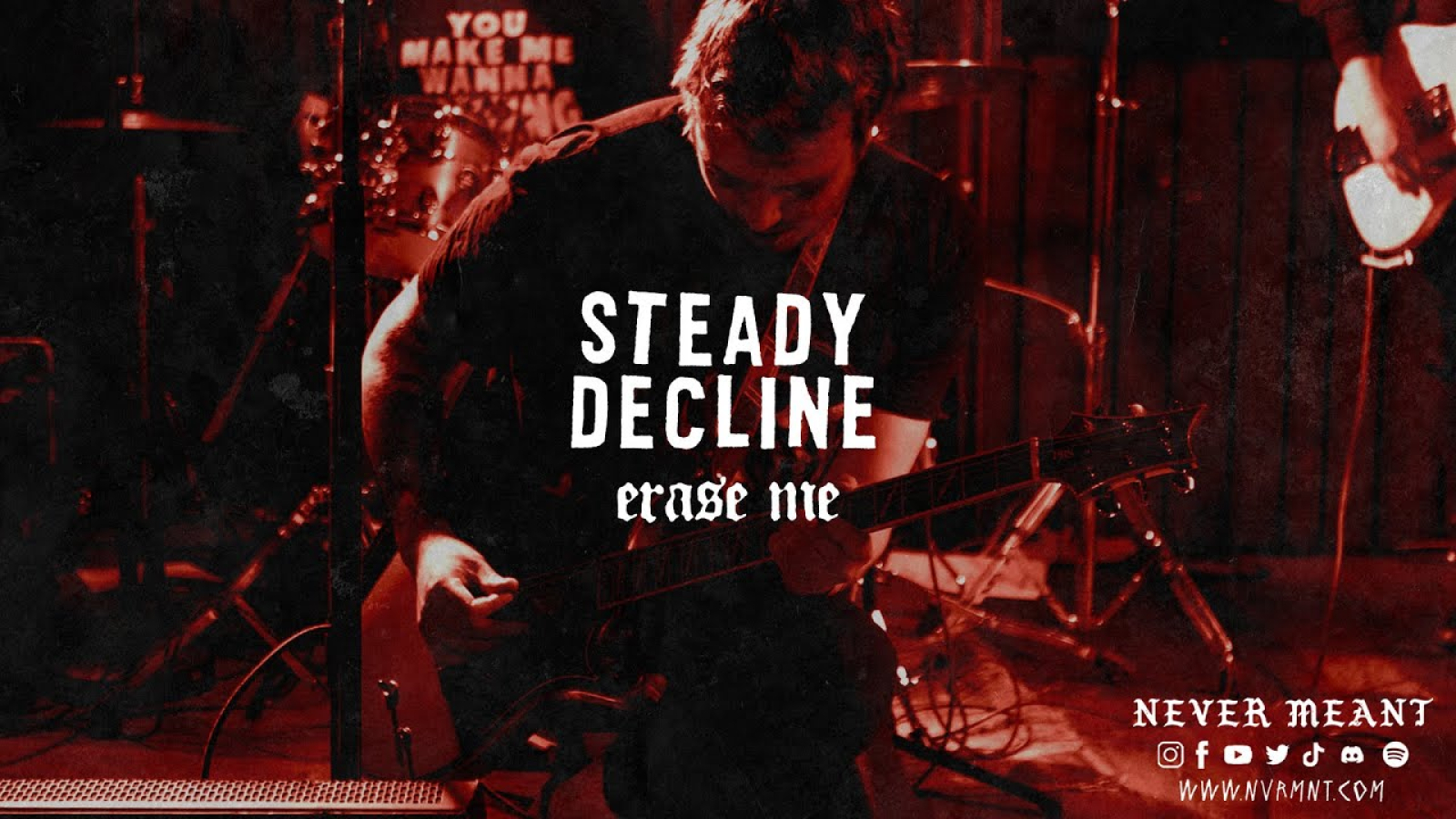 Dublin, Ireland pop-punk duo Steady Decline has released their newest single, “Erase Me”. The song is an emotionally charged track about being haunted by and trying to move on from a toxic relationship and was released on indie label Never Meant.

The track is an acoustic-tinged pop-punk ballad that showcases the duo’s vocals and melancholy songwriting, before kicking into a full band production with electric guitars, drums, and soaring vocals.

The song was a true labor of love for co-vocalist and guitarists Oscar Hackett and Jack Wright, who have been chiseling away at it for some time now. “Erase Me is a song that’s been lying around on the cutting room floor for a few years,” says the band. “It’s gone through various versions and during the last two years we finally got around to finishing it and recording it the way we always envisioned with our good friend and producer Ciaran Nevin.”

Produced, engineered, and mixed by Ciaran Nevin and mastered by Ste Kerry, “Erase Me” is now available across all major streaming platforms. Listen to it on Spotify now or watch the visualizer on YouTube below.

Steady Decline started when Oscar & Jack were both gigging as separate acoustic acts for years. Oscar’s old band All It’s Worth had just broken up, but songs were still pouring out of him so he booked some studio time and asked Jack if he wanted to come in and work on some new music. Shortly after, they joined forces, recorded their first EP Coping Mechanism, and began gigging in 2017. Over the next two years, they would regularly play Dublin, Galway & Belfast and share the stage with acts like Forever Came Calling, In Her Own Words & Kurt Travis.

In 2018 they released a split EP with Galway punk band Old Bean and toured Ireland & UK. After some time off during the pandemic they started demoing in our home studios and are now back with plans to gig and release music regularly. Their first release back in 2022 was the aggressively catchy pop-punk banger “Start Over”, which is a prime example of what Steady Decline is all about: fast music, dual vocals, catchy riffs, and songs that will get stuck in your head for weeks.