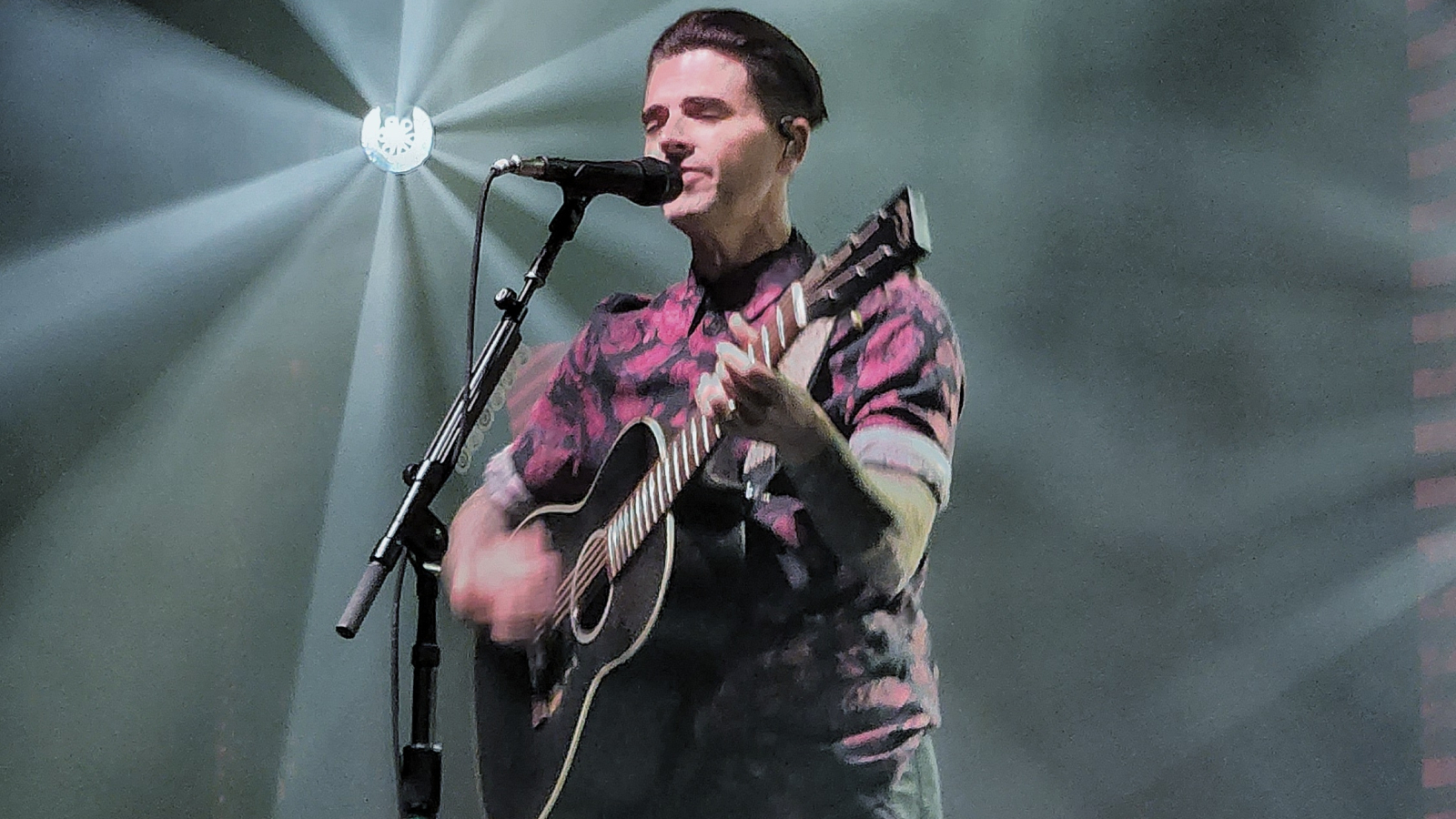 On a hot summer night in 2000, I was riding in the backseat of my friend’s car, we were on a road trip in the Midwest, and were cruising through a rich neighborhood, looking for a pool whose owners weren’t awake. As we were creeping through the development, my friend’s girlfriend put a CD in. I wasn’t paying too much attention, in those days I was mostly into punk rock, and this was an acoustic singer-songwriter kid she was into. But then the lyrics hit me:

Who was this playing an acoustic ballad about feelings while name-dropping Milwaukee’s Best? And I thought only MY friends called it “beast”. How did he know about that? I picked up the album, Dashboard Confessional’s The Swiss Army Romance, and was hooked. The lyrics, the melody, the roughness and sincerity to the voice. But man, mostly the lyrics. It’s like singer-songwriter Chris Carrabba was living the same life as me and knew how to put all of my anxiety, longing, loneliness, and desire into perfectly crafter acoustic slices of emo music.

Fast forward twenty-two years and Carrabba is STILL doing it. As much as I identified with him as a teenager back then, Dashboard Confessional’s new album, All The Truth That I Can Tell, sounds like my soundtrack to hitting 40. With songs like “Burning Heart“, “Here’s To Moving On“, and “Me and Mine” feeling like that were written for me and my family.

Dashboard Confessional came through Cleveland on Friday, August 5th, on a co-headlining tour called Hello Gone Days with Andrew McMahon in the Wilderness and TA Magazine was kind enough to send me out to review it. I’ve seen both bands, as well as Chris Carrabba’s solo shows and side project Twin Forks and Andrew with Something Corporate and Jack’s Mannequin several times. In fact, my band had the privilege of opening for both Dashboard Confessional and Something Corporate back in the day, but this was my first concert this year and I was very excited to get to cover it.

After a short set from the newly reunited Armor For Sleep, who sounded crisp and polished, it was time for Dashboard Confessional. It was obvious nostalgia was the name of the game as they played the millennial national anthem “Mr. Bright Side” through the front-of-house speakers right before the band came out.

And it was nothing short of a nostalgia fest, with Chris ignoring songs from his past several albums, in favor of most of the cuts from his first two records, as well as some other early career singles. Chris opened the show with a solo acoustic version of “The Brilliant Dance”, encouraging the crowd to sing along. He introduced the full band on the second song, “The Good Fight”. Along with the three core members, Dashboard Confessional is currently touring with Kenny Bridges (Moneen) on guitar and keys and has Abigail Kelly on vocals.

The band was in top form, and with the exception of one guitar tuning mishap during “Stolen”, which forced Chris to just switch to frontman mode and give up on the guitar completely, the show went off without a hitch. The band only played one track from the new album, and while it would have been nice to hear some of the newer cuts, it was obvious from the outset, that this is Dashboard Confessional, playing up the nostalgia as they march their way across the US on the way to October’s When We Were Young Fest in Las Vegas. One of the biggest screams of the night was when Chris asked “So what can we do here, can we go like really old? Like really really old?” before bursting into “Turpentine Chaser“. The highlight of the show for me was the lowkey, extended version of “Remember To Breathe”.