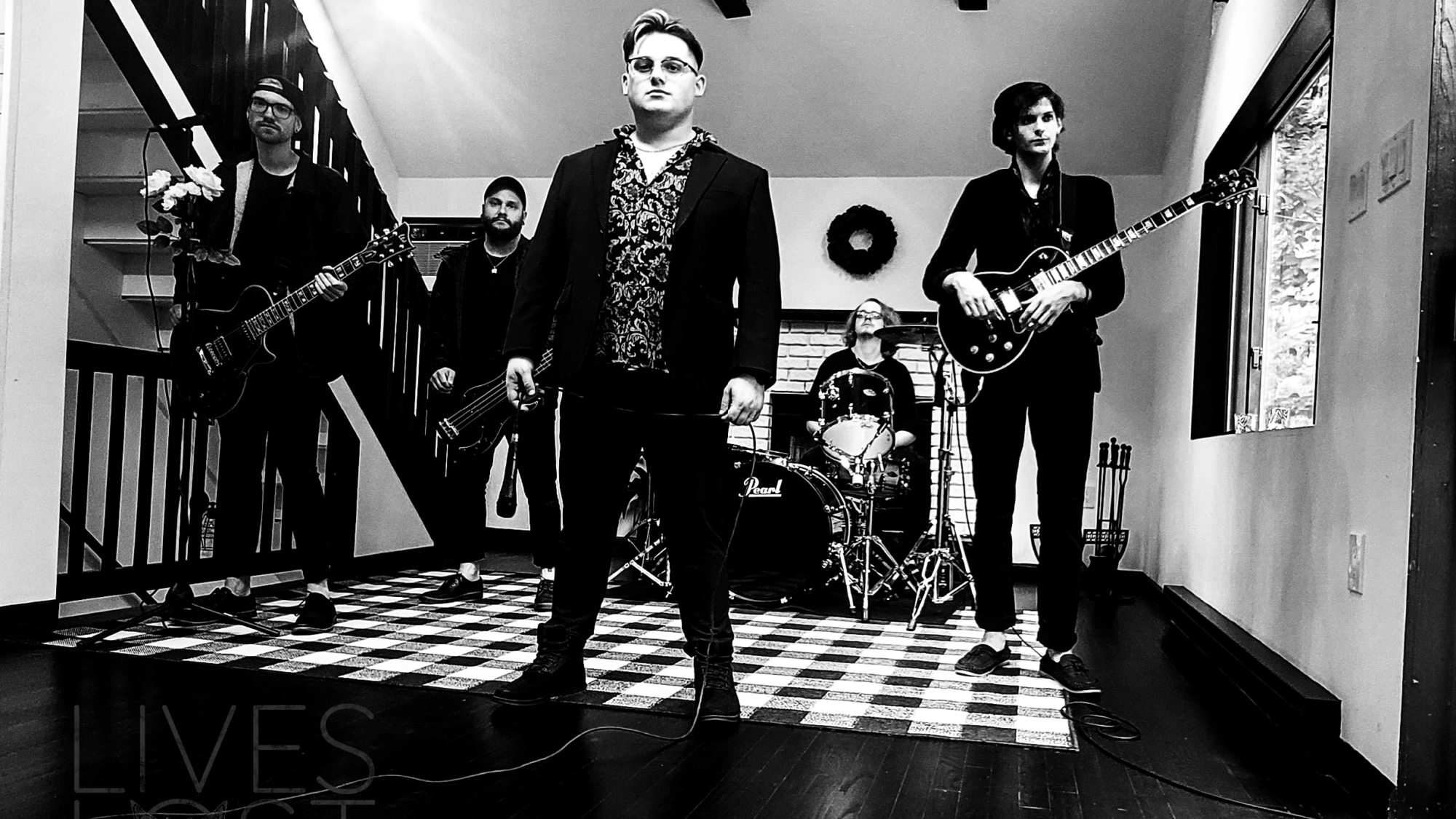 Hershey, PA alternative post-hardcore act Lives Lost has released their latest single, ‘Letting Go Of Ghosts’. The hard-rocking, radio-ready single is a personal one for frontman Tanis Pellegrini. “This song is very simply put us letting go of the ghosts of our past,” explains Pellegrini. “Toxic relationships both familial and romantic tend to weigh people down for years and they struggle to let go of the past. This is a call to action to lose that toxic sludge and let go of the past with us.”

The track wastes no time jumping into the action, with the first verse quickly giving way to a soaring chorus, blending clean and scream vocals over a bed of crunchy riffs and top-notch production.

‘Letting Go Of Ghosts’ was produced by Jeff McKinnon and Evan Seeberger. Along with the track, Lives Lost has also released a music video for the single, shot on location at Forteca Estates and directed by Robert McCoy. “We had the perfect concept for the song, and between a perfect location thanks to Forteca Estates, and a perfect look thanks to Robert Mccoy, everything ended up perfect!” says the band. “And honestly between Robert bringing our work to life, my lovely wife Harley Pellegrini being not only my biggest supporter, but my muse and our ghost for the video, and the band shelling out perfect performances, we really couldn’t ask for a better shoot and we hope you all love it!

The single release precedes a planned EP, due out in early 2023. The EP, A Portrait Of Loss, is being conceived as a concept album by the band. “It’s about the stages of grieving as faced by one man who unknowingly collides and bounds into other people’s lives during the process and changes the whole timeline in the process.”

‘Letting Go Of Ghosts’ is now playing on all major digital streaming platforms. Listen to the single now on Spotify, or watch the video on YouTube below.

Lives Lost was formed in secret in the summer of 2019 by Frontman/Principle songwriter Tanis Pellegrini (formerly of regional metalcore standouts Lasciaté), with the sole purpose of writing music that combined his favorite things about his favorite bands into something he wanted to listen to. Tanis scoured for local musicians that he felt strongly embodied his vision. Friend and fellow musician Alan Thompson and guitarist Aaron Perry joined Lives Lost and were soon joined by bassist Josh Krizan (Vegas Under Lights, The Perfect Victim). Feeling they were missing something, they began a search for a co-lead vocalist, finding Dylan Kasprzyk (Candlelit Vigil) to fill the role.

With a fully formed lineup and an EP written, Lives Lost continues on to change the world through art. Billed as a high-energy, unique rock band. Lives Lost brings a genre-bending sound to the stage making each performance unique. Throughout their tenure as a band, they have shared the stage with artists such as Alesana, Defiant, Eternal Frequency, Hinder, If Not For Me, Ignite, Jimmies Chicken Shack, Lyndhurst, Palisades, Small Town Titans, Softspoken, Vampires Everywhere, and VRSTY, and more!

Of their sound, Pellegrini opines, “I’d say we have the catchiness of Silverstein, the aggressiveness of Beartooth, the radio feel of some of the heavy-hitting octane bands such as Nothing More, and the prog/technical ambition of Coheed & Cambria!” The band is celebrating the release of ‘Letting Go Of Ghosts’ with a show on 8/28 with Alesana, Palisades, and Vampires Everywhere at HMAC in Harrisburg, PA.