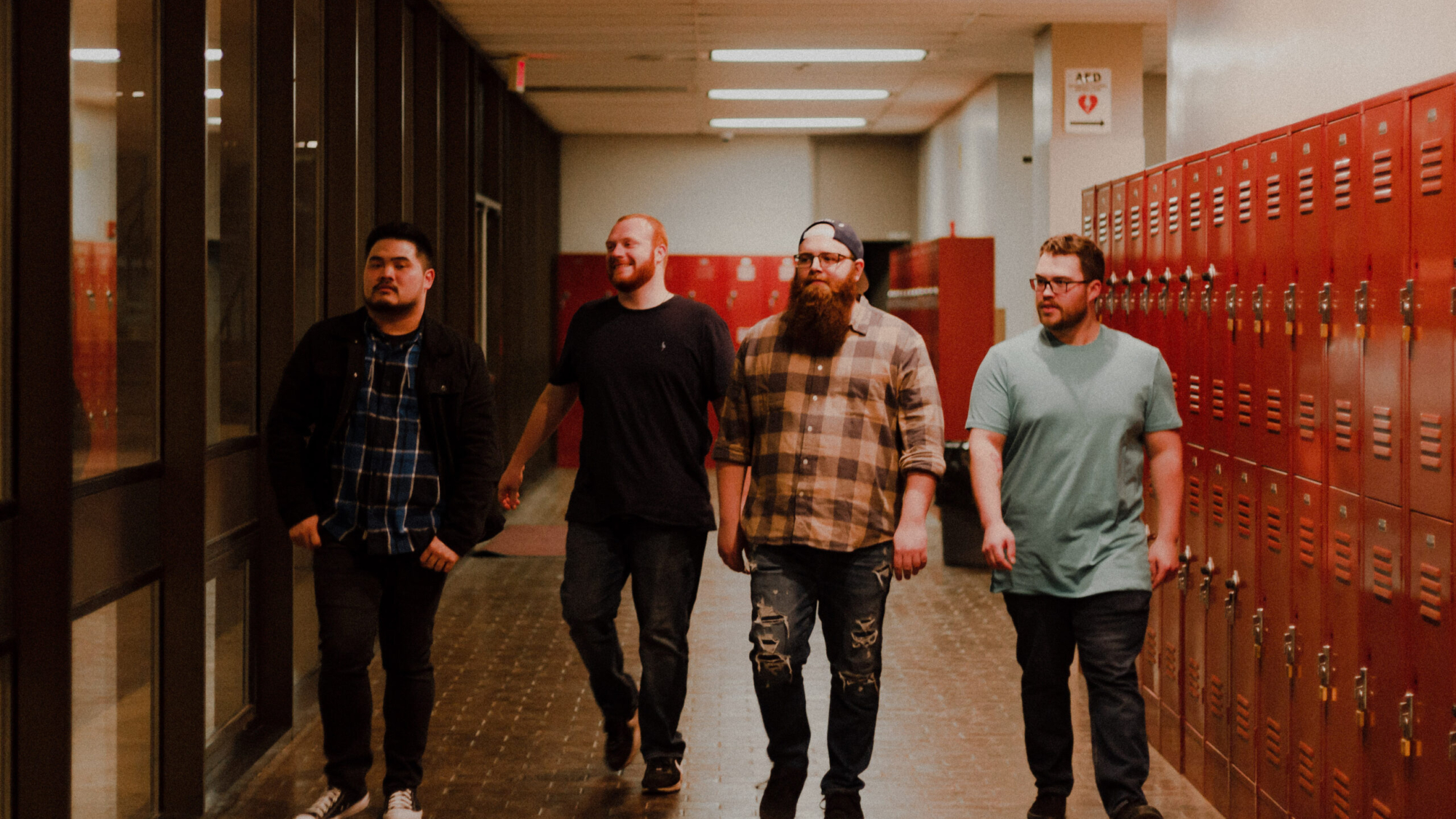 The album was recorded at Novro Studios and mixed/mastered by Eric Novroski. “We really hope everyone has something they can relate to with this album,” explains the band. “It’s all about love and friends having fun! We recorded this record during the pandemic because we didn’t know when we would play a show again. We just wanted to have some fun!”

The album is being released by DI Records. “DI Records has been family to us,” the band explains. “They let us in with open arms! Without them, we wouldn’t be where we are right now. Their patience and guidance are everything we could’ve asked for. We love them.” And from the looks of it, the sentiment is mutual. “Since Stay Loud joined DI, they have shown nothing but their commitment to excellence,” says DI Records. “Matched with their manager Alonna Weaver, they have proceeded to meet every challenge with gusto. Sophomore Slump is a combination of their talent and hard work. If this album is a marker for the future then Stay Loud will be blowing us away for years to come.”

Stay Loud’s new single “Sophomore Slump” is a song for those that haven’t yet found their purpose in the world. “It’s about those that are pressured every day to begin careers and make decisions for their lives solely influenced by other people,” explains the band. “On the outside, it looks like someone is lazy or just completely idle,  but on the inside, they are thinking daily about what they can do better and their purpose. This is a message of hope to those people.“

“Sophomore Slump” is a driving mid-tempo, rocking punk track with a huge hook, sure to keep your head bobbing. The single is now playing across all digital streaming platforms. Listen to “Sophmore Slump” now on Spotify or on YouTube below:

The band’s follow-up single “Justene is an Ugly Name” upens with a clean guitar riff before launching into a fast paced punk track. This gives way to chill, ska influenced verse until blasting into a catchy chorus. All of this is thrown out the window as the band brings us a breakdown, complete with gutural vocals, making the track quite the musical journey.

Lyrically, the single is a song about second-guessing the decisions in life that we make to make others happy. “This song takes the perspective of someone trapped in their own thoughts trying to make their own choices in life while balancing the opinions of others,” says the band. “For those that are afraid to pursue their lives to their own enjoyment, we hope this is a message of hope.”

The track is currently streaming on all digital streaming platforms. You can listen to it now on Spotify, or on YouTube below.

Stay Loud started off the album release cycle by releasing a video for the lead single “Wow! That’s A Low Price”, which you can watch on YouTube below.

Stay Loud has played over a hundred shows including The Vans Warped Tour and shows with The Veer Union and Boys Of Fall. They are embarking on an album release tour called the “Stay Loud’s Slump Summer Tour” starting June 27th. Check out the dates below and make a plan to catch the band when they play near you!