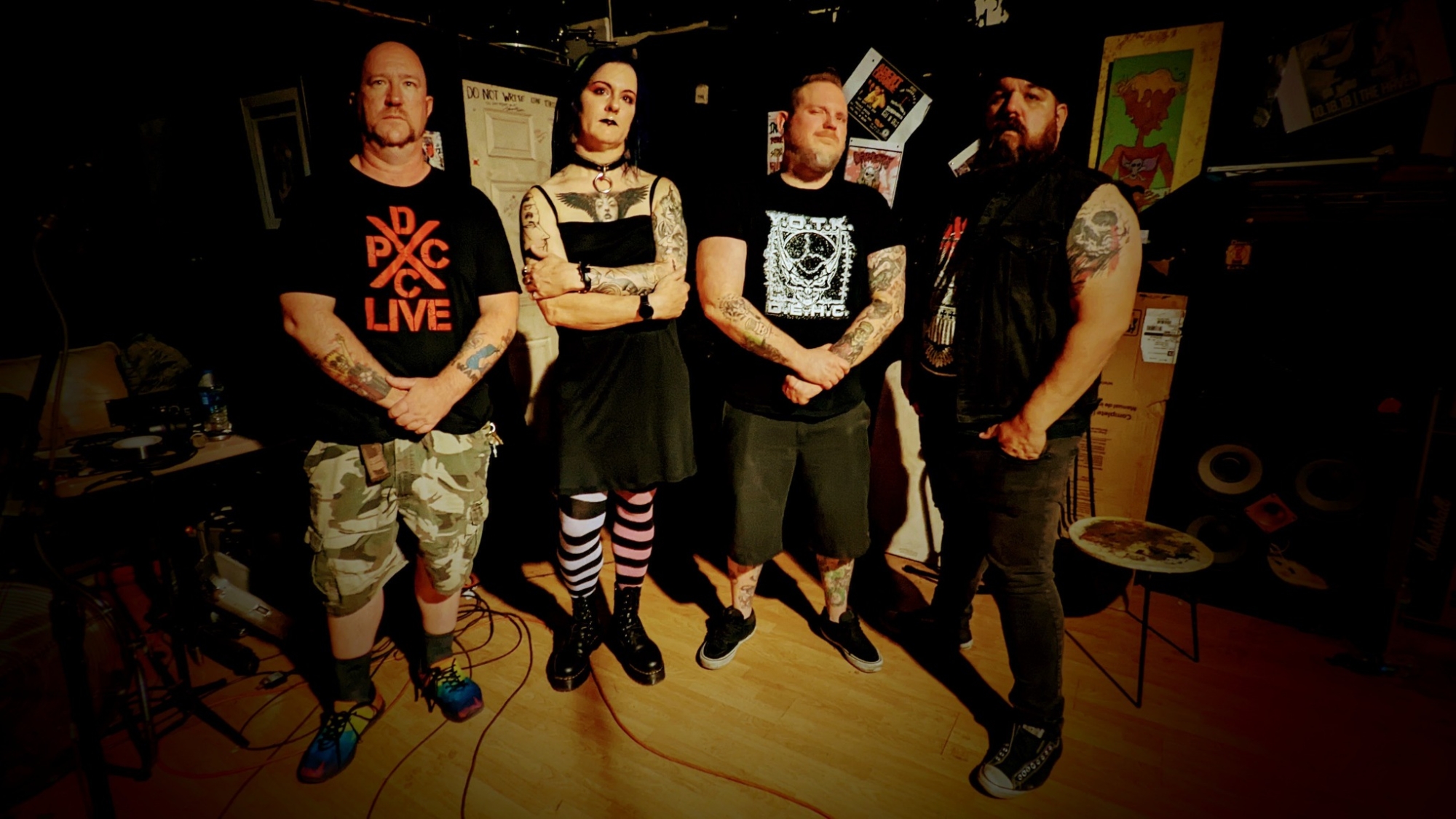 Orlando Florida’s Call In Dead is back with their latest track “Patriarchy“, the first song featuring their new vocalist Ripley.  The band features four veteran punk rockers, who blend their different musical experiences and styles to make a sound that is at once familiar to fans of hardcore punk while also giving it a fresh, unique take.

On “Patriarchy“, Ripley waste’s no time, using this blistering slice of hardcore punk, just barely 60 seconds in length, to take aim at current political and societal topics.  “It’s our first song with Ripley,” explains the band. “And she brings the aggressiveness of our old singer while also writing powerful lyrics that have taken on special resonance living in Florida. Especially with the “Don’t Say Gay” bill, or looking at the patriarchal rule of Putin and his war crimes against Ukraine.“

Four years into playing live with everything from pop-punk, hardcore, psychobilly, and metal bands, Call In Dead has released an EP, via Violent Breed Records, a set of digital singles, and a live split 7” with 2AMature via DCxPC Live. The band is releasing a forthcoming full-length vinyl album, Deepest Condolences, via Wrecking Crew Records, in the Fall. “Deepest Condolences features our original singer, Jaeh,” says the band. “But with this new single and our live set, we are stoked to play some shows and let people hear how dope the band sounds now with a female vocalist.”  Call In Dead will have the opportunity to showcase their new lineup and sound with a 10 date East Coast run in June.

“Patriarchy” was recorded, mixed, and mastered by Josh Dobbs at Danger Room Recording Services. It is currently streaming across all Digital Streaming Platforms. Listen to it now on Spotify or on YouTube below:

Connect With Call In Dead: