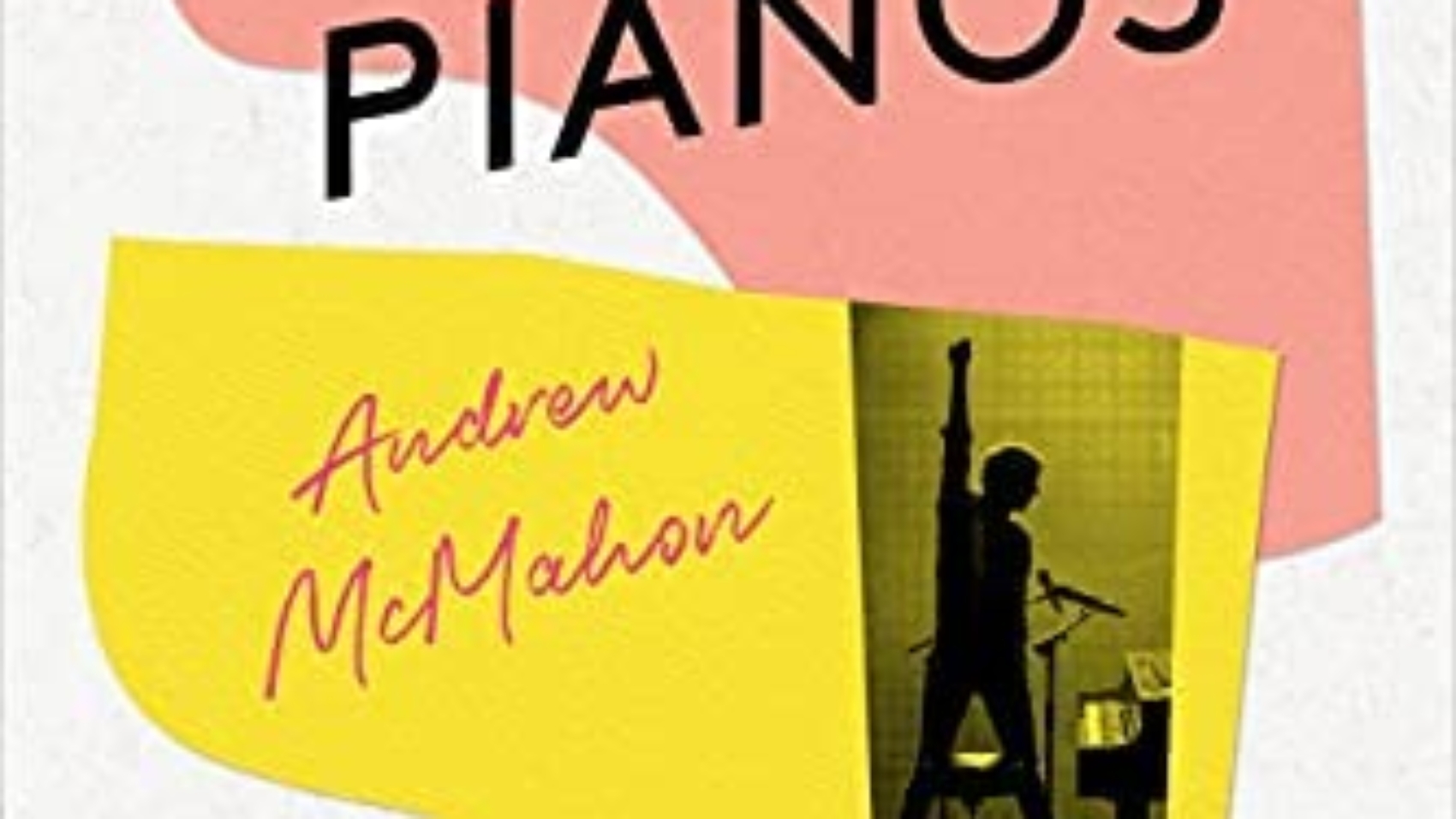 “McMahon’s writing prose flows as beautifully as his lyrics, and his personal asides to his instruments give the book a much warmer, more intimate touch.”

The first time I heard Andrew McMahon’s music, it was an AOL Session of Something Corporate, highlighting a few songs from its debut album, Leaving Through the Window. Nobody else was attempting to combine the pop-punk sound of the era with a leading piano. It was different. It was beautiful. I was instantly hooked, and I’ve been a fan ever since.

Three Pianos chronicles McMahon’s life from age six through his early thirties and does everything you expect a memoir to do: tell stories of childhood, inspiration, good and bad times, writing, recording, and touring. McMahon’s writing prose flows as beautifully as his lyrics, and his personal asides to his instruments give the book a much warmer, more intimate touch. But what really made this memoir stand out to me was the brutal and unapologetic honesty and realism.

McMahon isn’t out to paint himself as a hero, or to whitewash history. He’s not afraid to dig up painful details of a difficult childhood and strained relationships with family. He exposes his every worry and insecurity in the chapters before, during, and after his battle with leukemia. He admits to drug and alcohol addiction, and to egomania from time to time. This is the story of how things really were- not of how an artist wants to be remembered.

At just under 240 pages long and spanning 41 chapters, Three Pianos is easy to pick up and nearly impossible to put down. To see Andrew’s thought process and state of mind during the years truly highlights how different Something Corporate, Jack’s Mannequin, and Andrew McMahon in the Wilderness are, even from album to album within the same era, and showcases the personal growth we all go through from our teens into our twenties, and eventually to our thirties and full-fledged adulthood. His stories will trigger associations with his songs and enrich your understanding and love of the music, going so far as to print the direct address of the blue house with the red door his family leaves in “Ohio”. So many of my favorite songs have taken on such deeper meaning, knowing how autobiographical the material has always been.

For anyone that has ever loved the music of Something Corporate, Jack’s Mannequin, or in the Wilderness, Three Pianos is an absolute must-read. It’s been a long time since I’ve been this moved by a piece of literature, and I can’t wait for my wife (another fellow musician) to read and for us to discuss. Even if you’ve never picked up an instrument or listened to McMahon’s music, his stories of growing up and all of the heartache and trials of youth are universal. You’ll cry more than you’ll laugh, but you’ll finish the last page with a smile.

Husband and father of two. Bass player. Loves literature of all kinds, Atlanta sports teams, but not long walks on the beach. Takes too much effort to hose off all the sand..