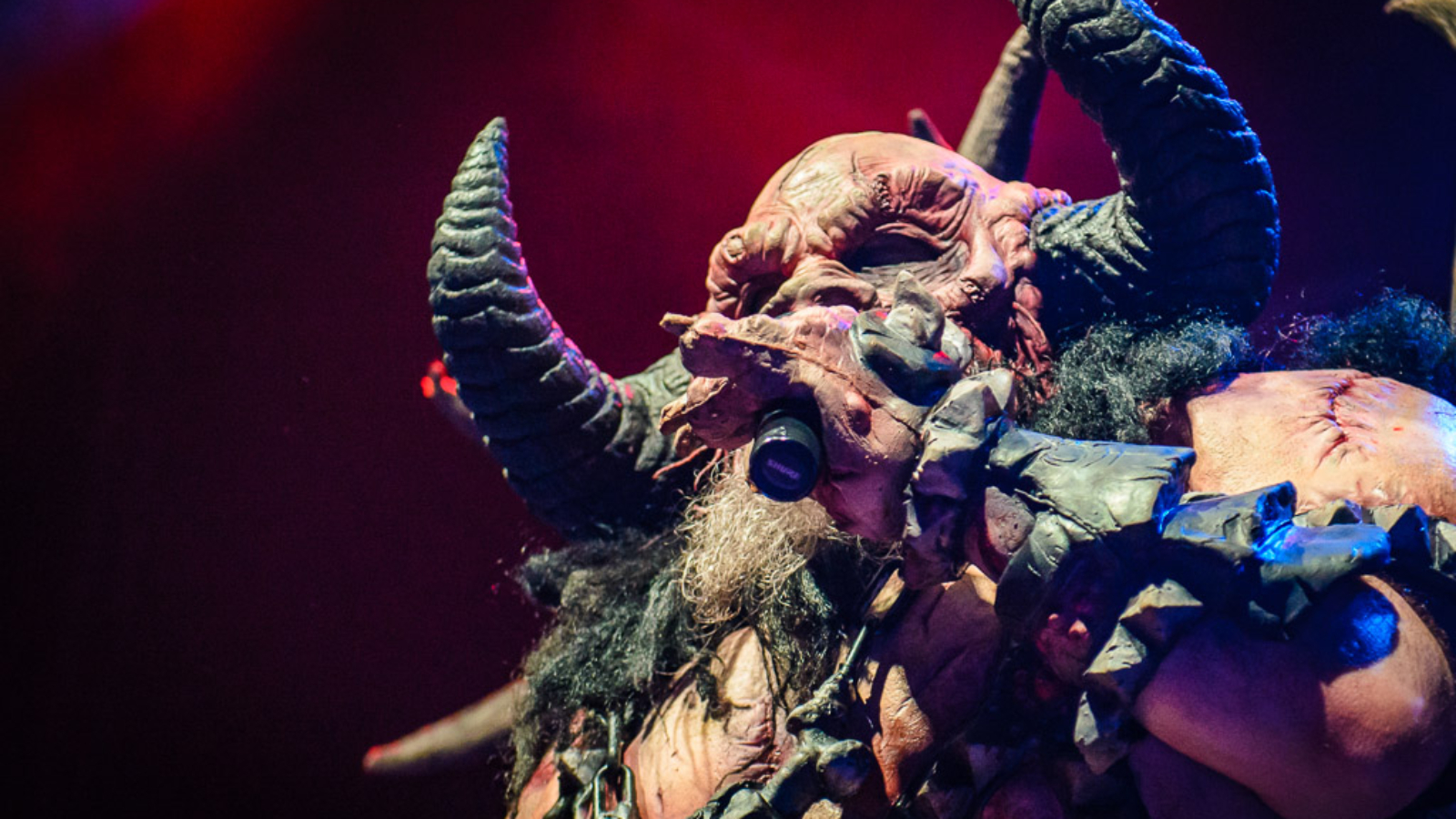 It has been a long time since I’ve filled this corner of the internet with tales of the pit. The pandemic has been one helluva gut punch for those of us who thrive on live music. I’ve missed the pockets of folks outside the venue huddled around conversations and cigarettes. I’ve missed that anticipation of finding merch that catches your eye and becomes a keepsake. I’ve missed the vibe you catch when the lights dim right before a band mesmerizes a crowd with that opening tune. After 2020, I’m not taking live music for granted anymore and hope to keep sharing my experiences with y’all.

For years I have been wanting to see a GWAR show. I had only listened to a few of their songs but really wanted to experience their live show shenanigans of onstage theatrics and spraying the crowd in blood, piss, and guts. Yes, their shows have that 4-D goodness where you should expect to get covered in the glory of GWAR. I made it a point to not see GWAR until I could work press for one of their shows as more of a motivational drive to keep pushing myself with my writing. My waiting finally paid off as my first press gig back is covering GWAR, and as icing on the cake, the show was the Atlanta stop on their Slumdogs 30th Anniversary Tour in Heaven at the Masquerade.  I got my vax card and gym clothes in preparation for one of the best metal shows that I can check off my bucket list.

The two supporting bands, Eyehategod and Napalm Death, played their part in the ritual to summon GWAR to the realm of Earth. The crowd, however, was the catalyst in this ceremony with the constant chants of “GWAR! GWAR! GWAR!” billowing from the depths of the pit. The white shirts lined the rail, begging for the gore and mayhem to come. The anticipation in the air kept building as it got closer to the arrival of the infamous intergalactic warriors. This fog of foreplay foreshadowed the foreboding wet frenzy that GWAR had in store. This rabid fanbase was something else to witness, especially a fanbase that is this fervent after 30 years from the release of the iconic GWAR Slumdogs album. These grandpas and dads know how to send it for sure.

I found a spot on the balcony rail to capture the whole show. I know that at the next GWAR show I will offer myself as a tribute to the pit, white shirt and all. When the band took the stage, Blöthar the Berserker decapitated a human dummy to start the blood bath filled with the wailing screams of thrash metal. The stage show continued with multiple other slayings including tits being sliced off, bellies sliced open, scalps removed, and even a look-a-like of Joe Biden at the end for the encore. Blöthar even honored the crowd with a shower of galactic piss that rained down on the blood-stained masses. Through all of this chaos, the crowd kept offering human tributes to GWAR as crowd surfers sailed towards the rail. The energy in Heaven that night hit differently, either from the collective release of everyone due to the pandemic or because it was a GWAR show. Or possibly both. I’m glad I put so much anticipation behind seeing GWAR as my expectations were clearly out of their league.

Now that these space overlords are back to playing shows, I think there is some hope that things are finally getting back to normal. It makes you think that not a year ago, an event like this GWAR show would have been only a dream not only because of the crowd of people but also the spraying of blood, piss, and gore. Thank you GWAR for being heralds of the upcoming after times with live shows and shenanigans.

If you want to catch these guys on their Slumbdogs 30th Anniversary Tour, check out https://gwar.net/blogs/news/announcing-the-scumdogs-30th-anniversary-tour