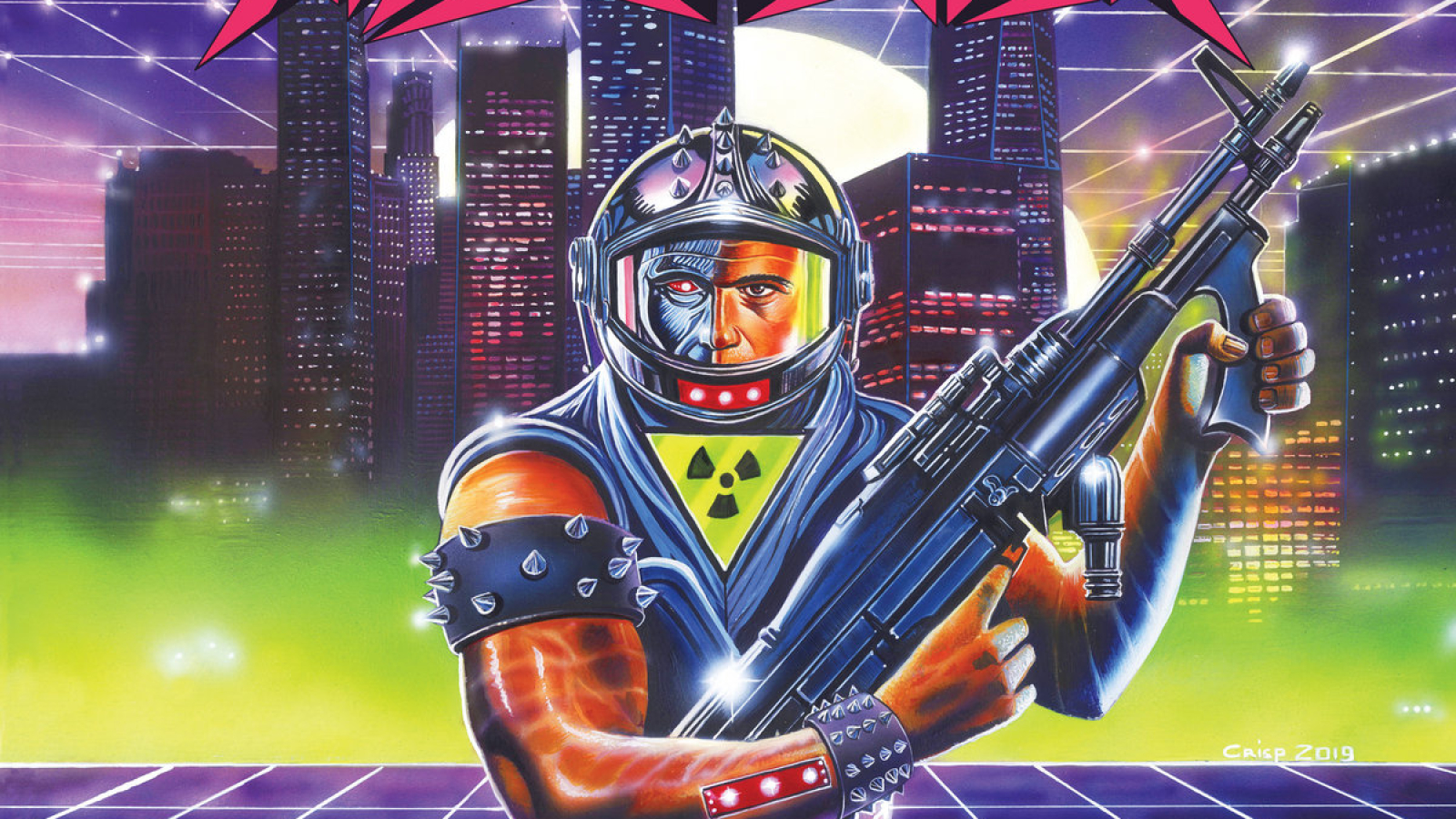 Joel Grind’s one man thrashing project Toxic Holocaust has returned to lay waste to the band with devastating d-beat and bellicose, thrashing riffs on album six, Primal Future: 2019. Album opener “Chemical Warlords” is a vicious track that is equal parts Discharge and Carnivore. Grind harshly shrieks about a ravenous horde with the simple goal of annihilating everything in their wake.

“Black Out the Code” continues the assault initiated by “Warlords,” with its pummeling drums and faster tempos. The chaotic, yet bluesy guitar lead heightens the intensity of this track. “Deafened By The Roar” is the shortest track on the record, 90 seconds of head banging hardcore and nothing less; short burst energy to that segues in to the album’s second half.

“Time’s Edge” is notable for its slicing riffs and catchy chorus over relentless percussion. The title track is a galloping mid tempo beast that feels like a cyborg unleashed on humanity. There is a nice transition towards the final third of the song that things to a battered conclusion. “Controlled By Fear” has a suppressed feeling throughout the track’s duration, which compliments the song title. This submissive attitude is broken on the following track “Aftermath” which is full on thrash with lumbering riffs and Joel’s signature gruff vocals.

Album closer “Cybernetic War” is somewhat primitive and slightly disjointed, accentuating the lyrics of nuclear war. There is a haze of shock and confusion on this track with wayward sounding riffs and a creepy robotic effect at the song’s end. Humanity better shape up.

Primal Future: 2019 is 39 minutes of crossover thrash played right. The resurgence of traditional metal’s popularity has unfortunately lead to a heap of mediocre albums that fail to capture the spirit of crossover and trash. Luckily Joel Grind is back to show the new generation how it is done. There are riffs a plenty and fast paced drums, however there is a depth of complexity to it all. Crossover is noted as the intersection of hardcore and thrash. The music was fast, but not overly technical, precise yet a bit sloppy. Joel captures those elusive elements on Primal with successful results.

Fans of Toxic Holocaust will enjoy Primal Future as it is certainly worth the wait. Over half the tracks on this album are great additions to the band’s set list. Fans of thrash and crossover should also check out this album for a dose of apocalyptic headbanging fun. The future may be dim, but Toxic Holocaust provides the perfect soundtrack to mankind’s demise.