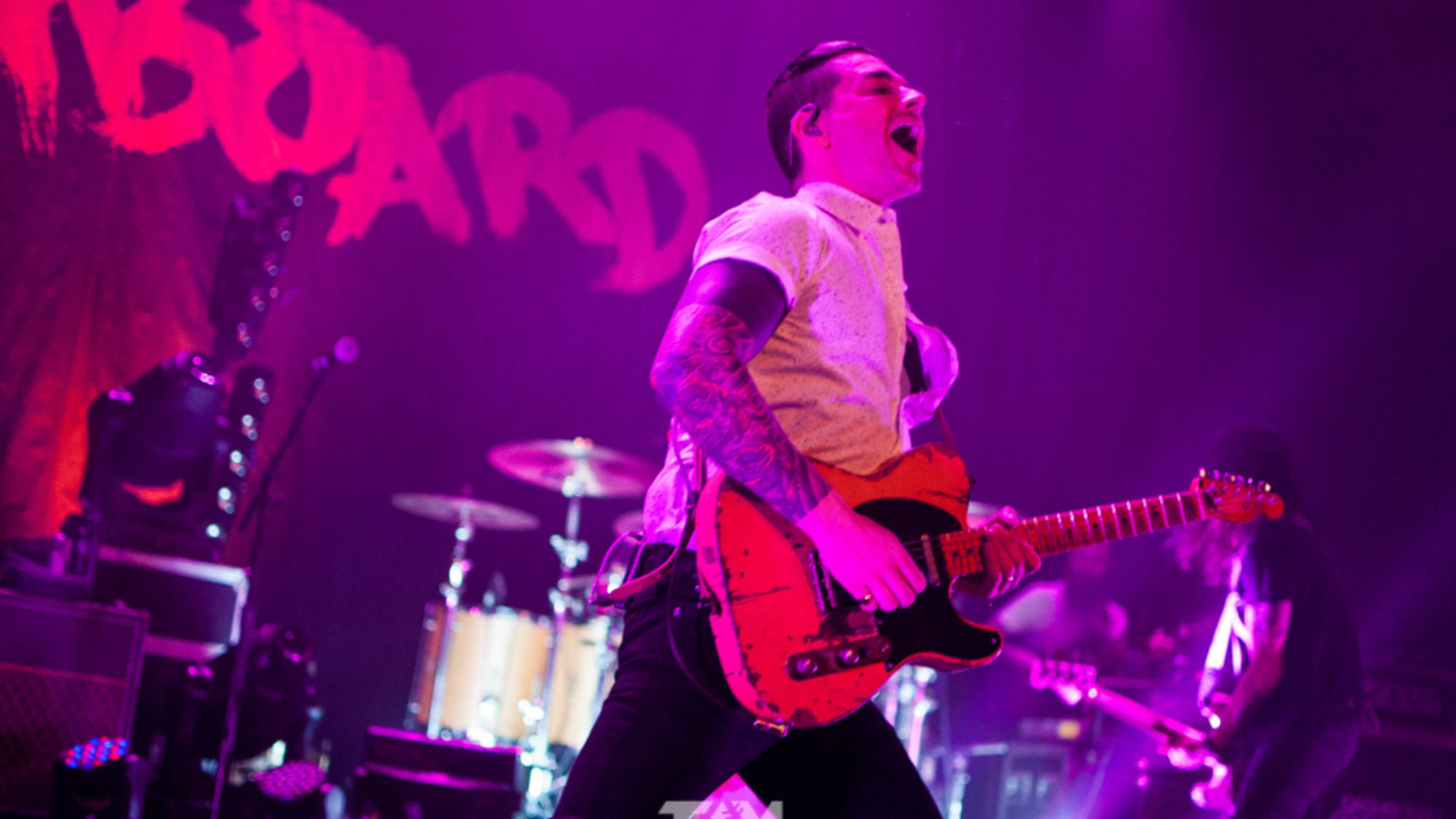 Dashboard Confessional’s We Fight Tour made a stop in Atlanta March 23 at Buckhead Theatre, with guests Kississippi and Beach Slang. The tour follows the February release of Dashboard’s new album, Crooked Shadows, which is the band’s long-awaited eighth LP, featuring the current, anthemic single “We Fight.”

Early concert-goers were treated to Kississippi, an indie/folk five-piece out of Philadelphia. Lead vocalist Zoë Allaire Reynolds’ stunning voice had the crowd captured as the band performed songs from its 2015 EP We Have No Future, We’re All Doomed, including “This Song Used to be About You,” as well as current single “Cut Yr Teeth,” from the forthcoming album Sunset Blush.

Up next was Beach Slang, also out of Philadelphia, who grabbed the crowd’s attention from the start of their fun and energetic set. Front man James Alex, who described himself as if “Angus Young and Harry Potter had a kid,” led the band through songs such as current single “Dirty Cigarettes” with a spunk reminiscent of 90s-era alternative such as The Pixies. The band even did a throw-back medley to the 90s, with a mash-up of Marcy Playground’s “Sex and Candy,” Smash Mouth’s “All Star,” and “Where Is My Mind” by the aforementioned Pixies.

By the time Dashboard Confessional went on stage, the theatre was packed with fans waiting to see the unofficial pioneer of emo perform. Chris Carrabba took the stage solo, all smiles as he launched into “A Brilliant Dance”,  the opening track from 2001’s The Places You Have Come to Fear the Most. The rest of the band joined him for “Don’t Wait,” with Carrabba encouraging fans to “whoa-oa-oa” right along with him during the song. The band’s 18 plus year career was beautifully represented for the rest of the set; Places got more recognition with “Saints and Sailors,” and “The Best Deceptions,” while Crooked Shadows held its own with “Belong,” “Catch You,” and “Heart Beat Here.” The band threw it way back with “The Sharp Hint of New Tears,” the lyrics of which spawned the band name, from 2000’s debut album The Swiss Army Romance.

Before introducing the new song “We Fight,” Carrabba took a moment to talk to the audience, letting them know that the song was for everyone, regardless of race, political association, sexual preference or religion. With lyrics such as “We never learned to keep our voices down, no we only learned to shout,” and “We earned what we could from the ground up, try to lift the whole damn crowd up,” it’s the perfect concert sing-a-long with a message.

The band saved the best for last, in true Dashboard Confessional fashion, with back-to-back hits “Screaming Infidelities,” (which the crowd pretty much sang for Carrabba), “Stolen,” “Vindicated,” and the iconic “Hands Down.”