The evening of February 20th was clear skies with no chance of rain, however, there was a storm brewing at Center Stage. Fans came from far and wide, forming a line that stretched around the block well before any music was played. The attraction for the evening was Lights, a group formed around a female lead of the same name, legally. This band is definitely something to take a look at, especially with the recent release of her graphic novel series. With Lights and her musical entourage were guests DCF and Chase Atlantic to help break the ice and set the mood for the night. The music was primed to make the night one to remember. 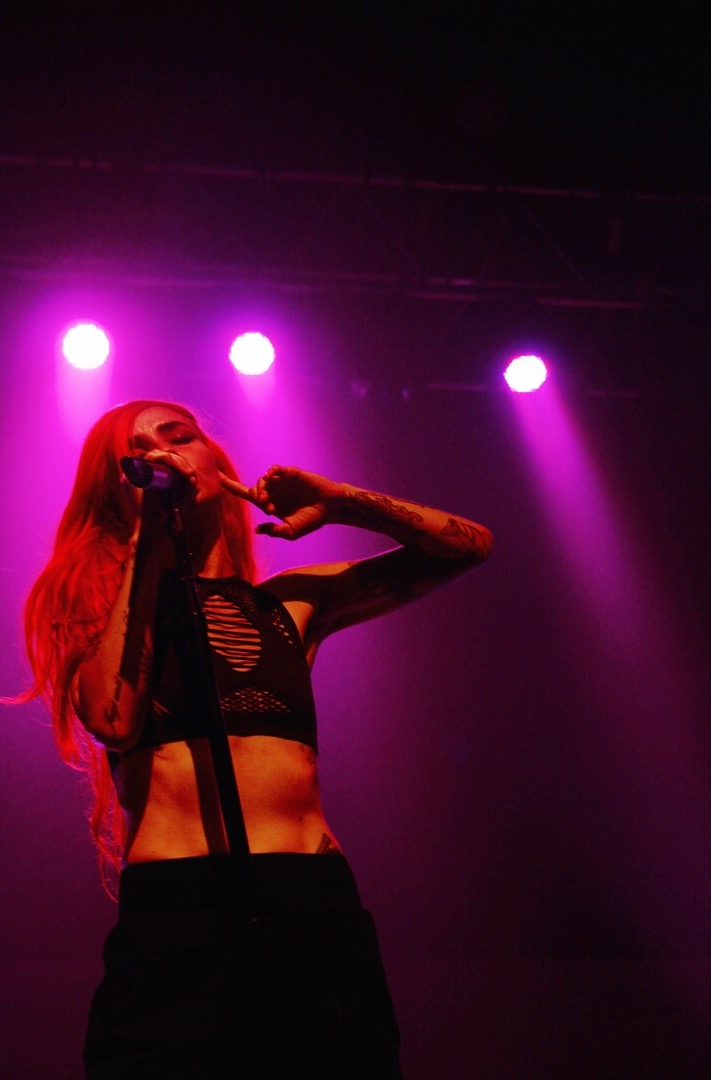 The first act of the night was a one-man show called DCF. Not much there to be honest other than an up-and-coming Sonreal-type artist. DCF was dressed up in a captain crunch kind of Halloween costume giving his show a bit of a fresh, comical appeal. His set got crowd appeal however with his final song being a great Paramore cover. After DCF was the one and only Chase Atlantic, an alternative band formed by two brothers and their close friend hailing from Australia. These guys definitely represent the down under well in their stage presence and overall performance. Even with a delayed start to their set, the band still kept the crowd hyped. The subtle harmonies displayed in their songs mixed with the vocal bars, and even the addition of a saxophone, really set this band apart from other up-and-coming acts. I definitely see Chase Atlantic headlining shows one day if they remain on their path of superb showmanship.

The last act of the night, and the obvious reason many of the audience showed up that night, was Lights. As soon as she took the stage the whole crowd lit up with whoops and hollers. From note one there was a punch behind their music with plenty of variety going from headbangers to ballads. Lights, the lead singer, has a voice that brings chills to the soul. I would put her as a combination of Ellie Goulding and Hayley Williams. Their drummer had an address in the pocket as he kept the beats succinct and moving. The rest of the band was also well seasoned to balance the raw power coming from their lead’s killer vocals.

Overall their showmanship was well polished and tuned to be good vibes only. There was even some theatrics brought in as Lights the singer was brought a pizza box onstage that had a keyboard inside that she promptly played on delivery. I recommend seeing Lights if you have the chance as their live performance blew away any expectations I had from listening to their recordings, both in cohesiveness in the band and vocal talent by their lead. Catch Lights on their tour by check out this link here.