by Tillman Smoot
with no comment
Concert CoverageThe ATL

Atlanta, GA – On Friday, October 27 Evanescence brought their newest project Synthesis to The Chastain Park Amphitheatre. The album, Synthesis, is being released on November 10 and can be pre-ordered here.

Synthesis is an album featuring new recordings of several Evanescence songs from their entire catalog. The gothic rock aspect of the music has been replaced with an electronica style of music, and the band is accompanied by orchestral instruments featuring arrangements by David Campbell.

Autumn weather is totally unpredictable in Atlanta. While we can count on the summers to be hot and humid, the Fall season is not so easy to plan for. It can be 90 degrees one day only to drop into the 50s the next. So, I was very surprised to see that the outdoor amphitheater at Chastain Park was the venue that Evanescence had chosen for their first performance in Atlanta in five years. 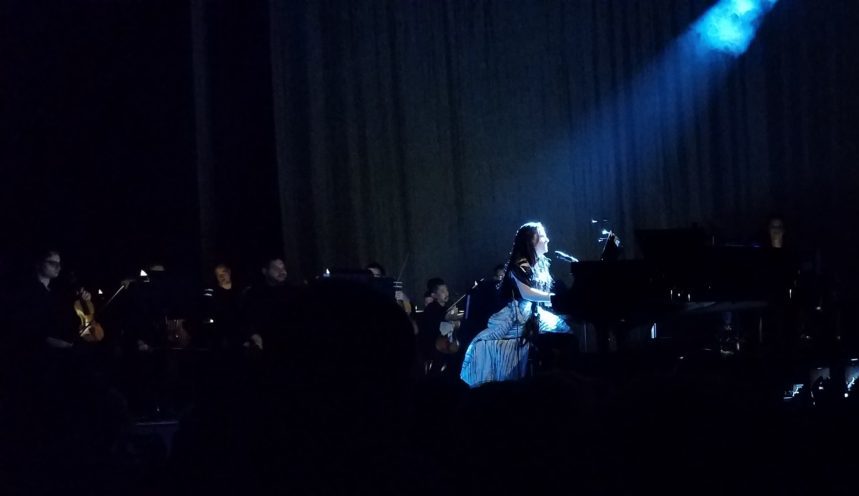 On Friday night, the weather behaved one last time for the year, allowing fans to enjoy the unique musical experience that is Synthesis in relative comfort. While it was a bit chilly at first, once the music began and the crowd filled up, the brisk air seemed to fade away and was filled with the sounds of the Atlanta Symphony orchestra. The orchestra was conducted by Susie Benchasil Seiter, who is accompanying Evanescence on the tour to conduct the local orchestras that will be playing with the band on the road.

Starting the evening with a few classical standards and a sweet orchestral version of “Sally’s Song” by Danny Elfman, was an interesting choice. It communicated to the audience that they were in for an Evanescence concert like they had never seen before. Instead of a flashy rock show, we were about to witness a concert more focused on the music than on the band itself. 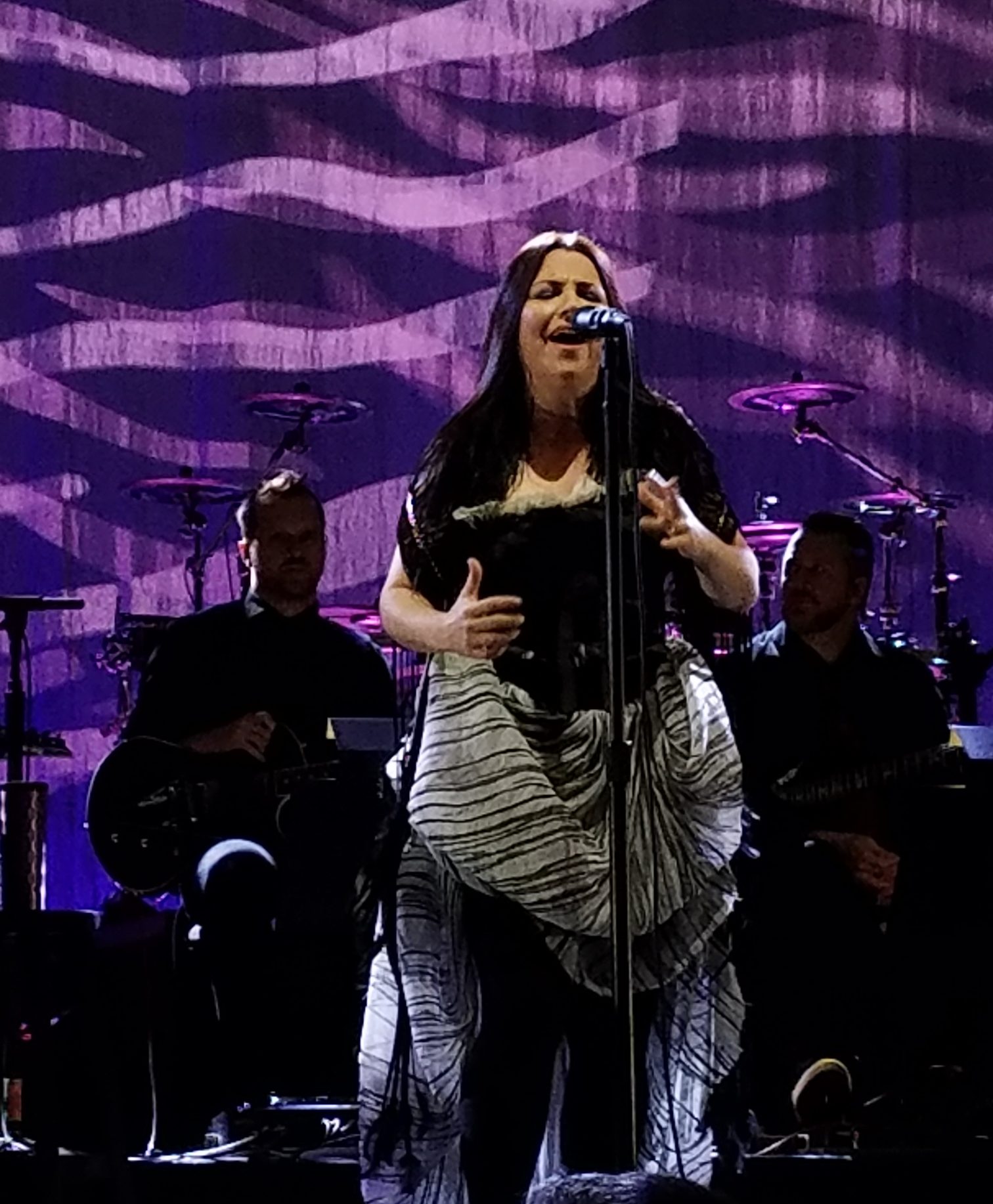 After a brief break, the orchestra filed back on stage, was tuned up by the first chair violinist, and then joined by Seiter and the members of Evanescence. The first Evanescence song of the night, “Whisper,” was slowly built up with the use of an overture. Soon, Amy and the rest of the band, who were all seated on a riser in front of the drumset, began meticulously playing through the entirety of Synthesis.

Throughout the evening, Amy sang at the front of the stage in a relatively stationary position, as opposed to the running around and hair throwing that her fans have become accustomed to. Occasionally she would relieve the orchestra’s pianist and play while she sang, but the rest of the band never moved from their stations except to bow and leave at the end.

After “Whisper,” the crowd heard several popular songs from the past, as well as a few “deep cuts” that rarely got played live. “End of the Dream,” “Secret Door,” “Lacyromosa,” and “Lost in Paradise” were a few of the lesser-known songs chosen for the project while some of the more famous songs were not re-recorded or played live at all. “Going Under,” “What You Want,” and “Call Me When You’re Sober” were not represented at all. The general idea of Synthesis seems to be a selection of the band’s slower tempo songs and ballads. 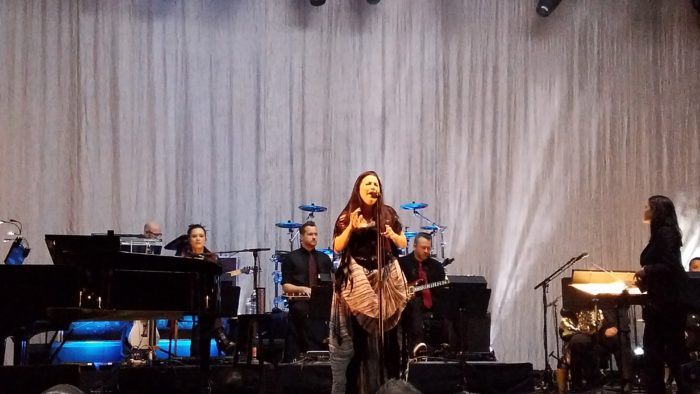 The evening went off without a hitch and the concert was unlike any other Evanescence show I have ever seen. I’ve seen bands accompanied by orchestra’s before, but usually, the band still plays the music the way they always have, and the orchestra fills up the space behind the band, both musically and physically. Evanescence Synthesis, however, treats all the musicians on stage as equal part of the of the presentation, with Amy Lee and Susie Benchasil Seiter leading them through the performance.

The Evanescence Synthesis tour continues throughout the rest of the year. You can find tour dates at the Evanescence official website.