Sonically See Through Dresses are as expansive as the Great Plains of their native Nebraska. Ironically, hailing from such a vast geographical space has not impinged this four piece from cocooning themselves in their own place and creating a dense and texturally rich new record, “Horse of the Other World.”

Guided by duo of Mathew Carroll and Sara Bertuldo, See Through Dresses inhabits the darkest recesses, a place where the rough riffs, strident bass and percussion live, breathe and work amongst cascading melodies and overlaid with a finely crafted amalgamation of dream pop, punk and shoegaze aesthetics.

All are found equal measures on their newest album which takes the indie sounds of their self-titled debut and follow up EP, “End of Days,” and tosses them in the bin in favor of more urgent songs that mesh melody and murkiness symbiotically, resulting in a layered dirge of blissed out reverberation laced with spiky edged fragility and malleable vocals.

The opener, “Diamonds,” is a cavern of bombast. Broad and sweeping it sets the emotional tone for the proceedings perfectly by declaring, in no certain terms, that “Horse of the Other World” is a bold album by a band confidently making music on their own terms.

Next up are the jangly and perky, “Radiant Boy” and “Pretty Police,” songs that lighten the mood by opening the windows and letting a gentle breeze come in. While both are inherently drenched in atypical shoegazer sauces, they’ve both been marinated and seasoned by See Through Dresses tightly hewn melodies. 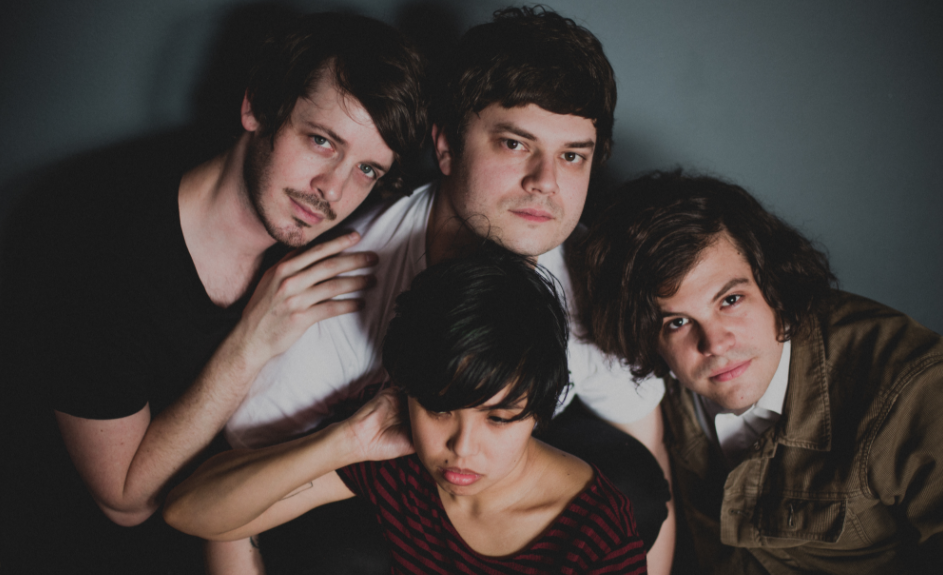 The band channels the “Disintegration” era sound of The Cure for their lead single, “Violet,“ a shimmery and synthy delight highlighted by the rolling percussion of Nate Van Fleet. Crisp, potent and brash it exemplifies how wonderful the band’s auditory paradigm shift truly is.

However, the most striking examples of See Through Dresses musical progression are found on the latter half of the record. Straight and to the point, the record’s stalwart moment is “Lucy’s Arm,” a cut that fits snuggly next to Slowdive, early My Bloody Valentine or a wide array of Alan McGee’s mid-1990s signings. In comparison, the broody title track, “Horse of the Other World” harkens back to “Earth, Sun, Moon” era Love and Rockets.

Capitalizing on their continued maturation the band sequestered themselves in Omaha and recorded part of their sophomore album in their own space and at ARC Studios with the legendary Ben Brodin (who has produced prolific music for First Aid Kit, Mynabirds, and Bright Eyes ). This two-pronged process has paid off in that it enabled the quartet to experiment, tinker and fully flesh out their vision of making a record with swirling soundscapes and lushness that embodied their musical evolution.

As a result, “Horse of the Other World” is an excellent follow-up by a cohesive unit whose depth and consistency has resulted in a powerfully ethereal effort set amidst dingy splashes of feedback and gorgeous effervescence.