by Tillman Smoot
with no comment
Concert CoveragePhotojournalismThe ATL

Editor’s note: the reviewer was unable to attend the first half of the evening, so the review focuses on Styx’s performance. Full galleries of all three bands can be found at the bottom of the review.

All photos by Chuck Holloway. Review by Tillman Smoot. 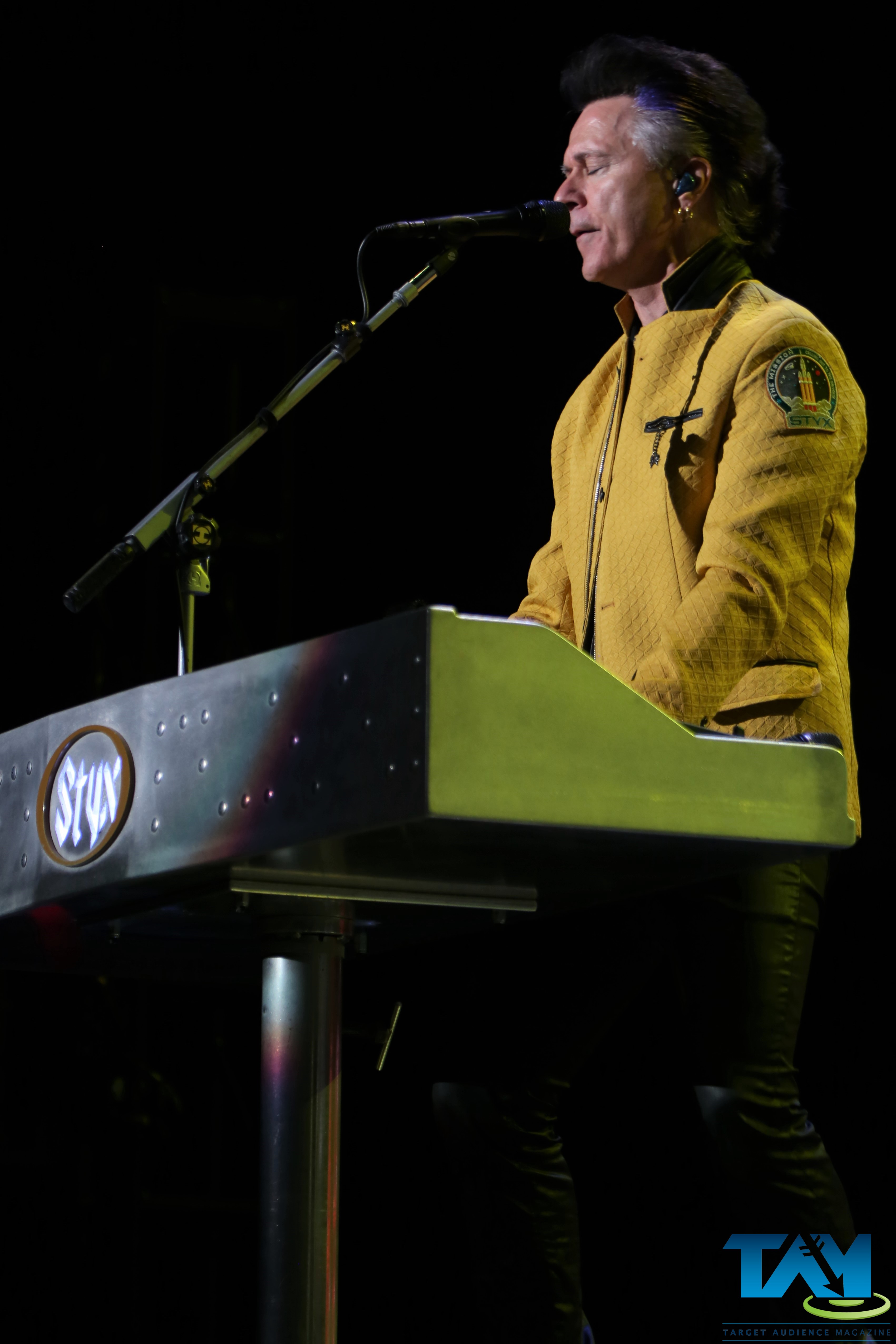 Atlanta in the summertime is hot, humid, and the days are often punctuated with scattered thunderstorms that do little to provide any relief. In fact, they usually do nothing more than make residents outside even more miserable. That’s just a fact of life here.

Styx is obviously aware of the weather conditions that greet them when they play Alpharetta each year, but it has not stopped them yet. In fact, seems to have only made their yearly performance in the Atlanta area that much stronger.

This year’s summertime tour had special significance to Styx. It’s not only the 40th Anniversary of their iconic album The Grand Illusion, but in June, the band released their first new studio album in over a decade, The Mission. You can check out our review of The Mission here.

The night kicked off with the prerecorded intro music of “Prologue” from The Mission, while each band member made a special entrance through trap doors built into their stage risers. Todd, followed by Tommy and Ricky came up from behind the drum set, while JY and Lawrence each walked on to the stage through the door built into the back of the set. While “Prologue” is a great way to make an entrance, I do have to admit, I miss their old intro music and video, “Drastic Measures.” It’s all a matter of personal preference though. “Drastic Measures” is actually my ringtone, so I am a bit biased.

Lawrence was sporting his new Mission-themed jacket for the first several songs of the show, which was kicked off with the fast-paced rocker, “Gone Gone Gone,” as soon as “Prologue” finished. Lawrence’s voice was spot on, as was JY’s fun and crunchy guitar solo. The evening was off to a great start, and the audience was on their feet and very receptive to the new song. In fact, with the exception of a few slower moments in the evening, the audience in the pavilion remained on their feet for the entirety of Styx’s set. 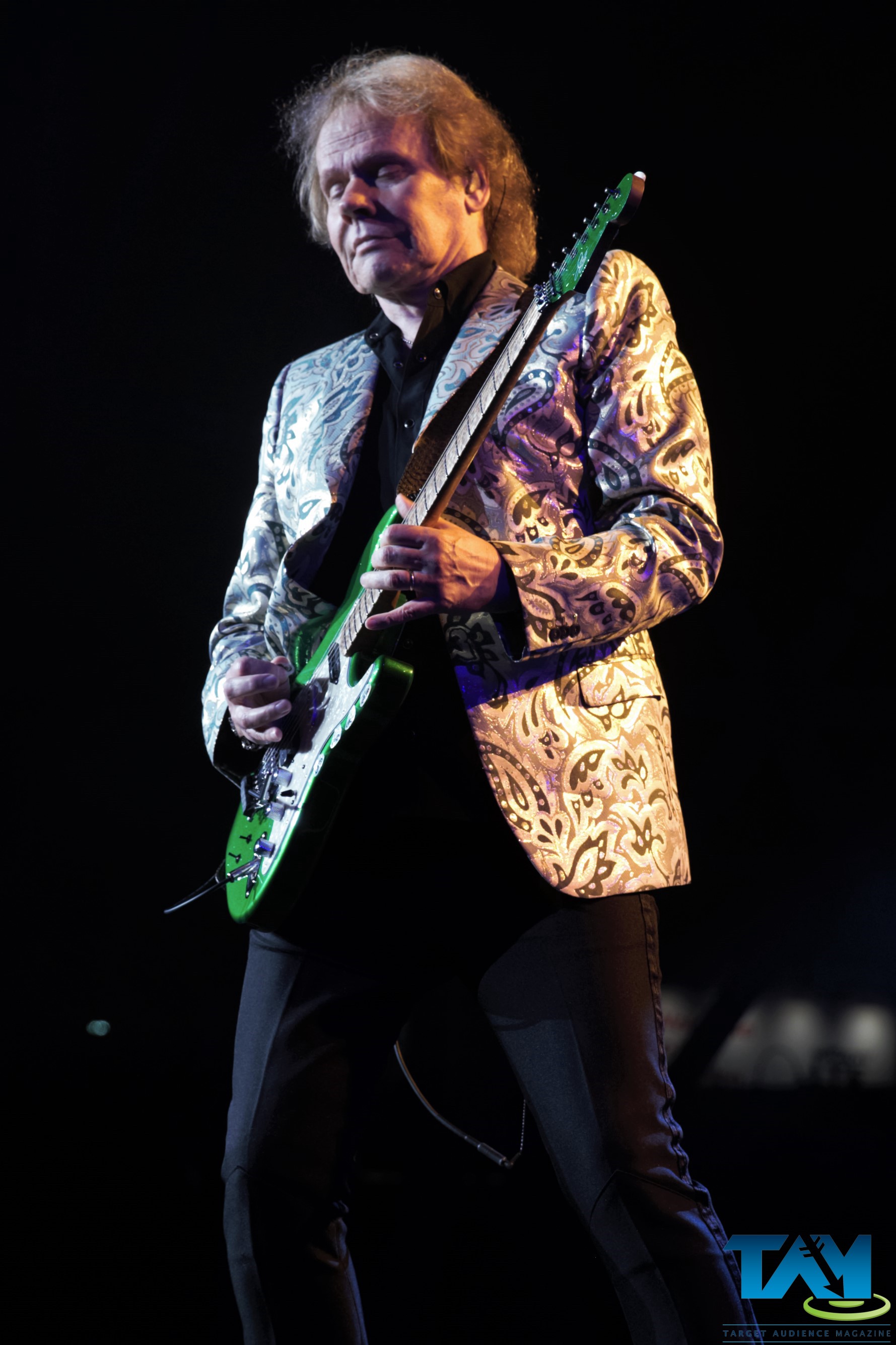 Like all of the abbreviated summertime Styx shows, the band chose to concentrate on the classics that people expect to hear. They usually save the deeper cuts for the theater tours that make up the rest of their yearly schedule. The band practically lives on the road, and has learned exactly what their fans want to hear every year.

“Blue Collar Man,” “Grand Illusion,” “Crystal Ball,” “Too Much Time on My Hands,”  and “Miss America” are almost always a guarantee throughout the evening. One of the most unique experiences at a Styx show, however, is when JY has everyone pull out their cellphones, turn on the screens or flashlights, and “Light Up.” It’s an awe inspiring sight to look back at the audience behind you and see stars sparkling everywhere. 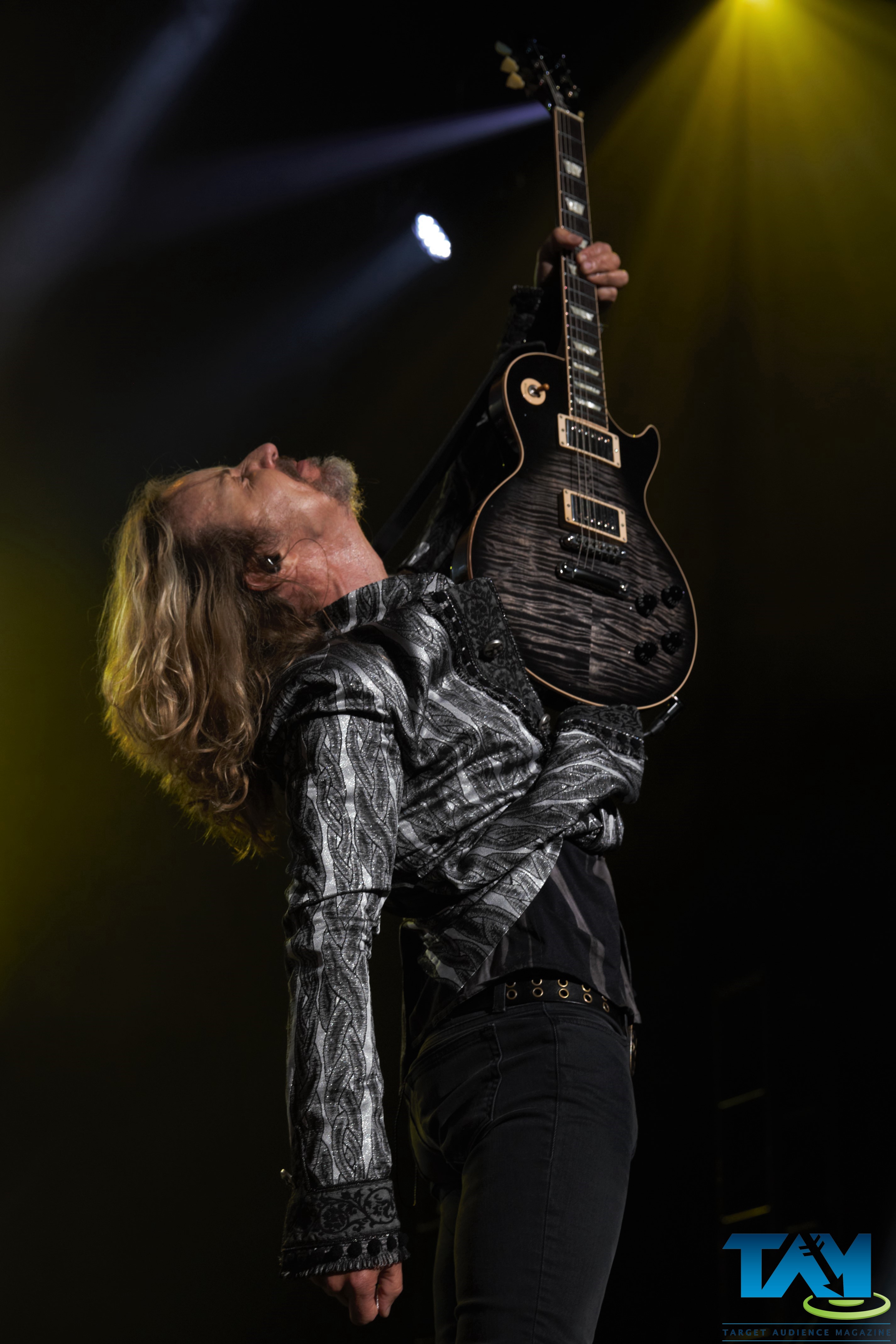 The other songs from The Mission that they chose to perform were “Radio Silence,” and the keyboard solo, “Khedive.” The latter of the two songs has actually been a part of the Styx shows for a while now, but the fans didn’t realize what it was. In a recent interview with TAM, (link coming soon), Gowan explained that “Khedive” had started off as a composition that he had created and then named for the ship that his father had served on, the HMS Khedive. Finally, after explaining the title’s origin, it became a song on The Mission as well as the name of the spaceship that the story of The Mission chronicles.

The evening closed out with their biggest hits, “Come Sail Away,” “Paradise Theatre,” and finally, the classic rock favorite “Renegade.” Another year’s summertime Styx concert is now in the books, and a massive crowd of classic rock fans has gone home satisfied, most likely already wondering who will join the band on the 2018 summer tour.

To find out more about the remaining dates for the United We Rock tour, visit Live Nation.

TAM wishes to give a very special thanks to Amanda Cagan of ABC Public Relations, Holly Clausen of Live Nation, Vanessa Sahawi from Scoop Marketing, and the management teams of Don Felder, REO Speedwagon, and of course, Styx.