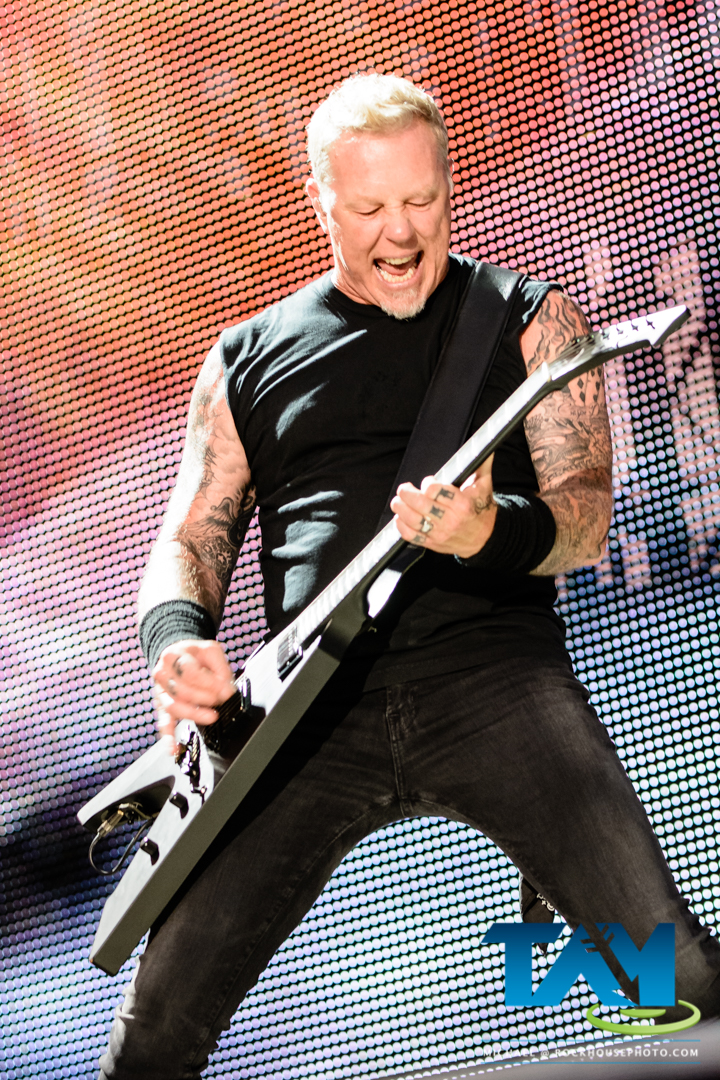 Complete photo galleries of Volbeat, Avenged Sevenfold, and Metallica can be found at the bottom of the page. Live performance photos by Michael Bradley.

The newly-opened Suntrust Park in Atlanta, Georgia played host to heavy metal legend, Metallica on Sunday, July 9, 2017. It was only the second concert to be held at the new home of the Atlanta Braves, having played host to Billy Joel earlier this year. It was also the first time in eight years that Metallica played in Atlanta, with their last performance taking place at the Phillips Arena in 2009 during their “World Magnetic” tour.

The week before the concert had been hot, humid and oftentimes filled with thunderstorms. As the day approached, forecasters were calling for clear skies, less humidity and a much more tolerable temperature. Thankfully, for once, the meteorologists were right. While the park was subjected to temperatures in the low 90s during the afternoon, as the sun began setting, the field became a much more appealing place to be.

Opening band, Volbeat took the stage at 6:00 PM, followed soon by the second opener, Avenged Sevenfold. Between them, they kept the audience engaged and entertained. Small pockets of moshing fans could be seen here and there, but much of the crowd could be found in the shade of the park’s interior halls, drinking beer, talking and buying merchandise.

At 8:50 PM, the opening strains of Ennio Morricone’s “Ecstasy of Gold” began playing through through the sound system, accompanied by scenes from “The Good, the Bad and the Ugly” playing on the enormous screens behind the stage. At the sound of Metallica’s long-time intro music, the audience, who had now all filed to their seats, roared with expectation.

Minutes later, the video began showing glitched scenes of the cover art from Hardwired… to Self-Destruct, and a recording of swelling the introductory drums and guitars of “Hardwired” began getting louder and louder. As the sound reached it’s apex and the video began showing the entirety of the album photos, two giant balloons inflated at the top of the stage and the band took their places in front of the capacity crowd. Moments later, the band interrupted the recording and took over for the rest of the song, plowing through “Hardwired” and straight into “Atlas Rise.” 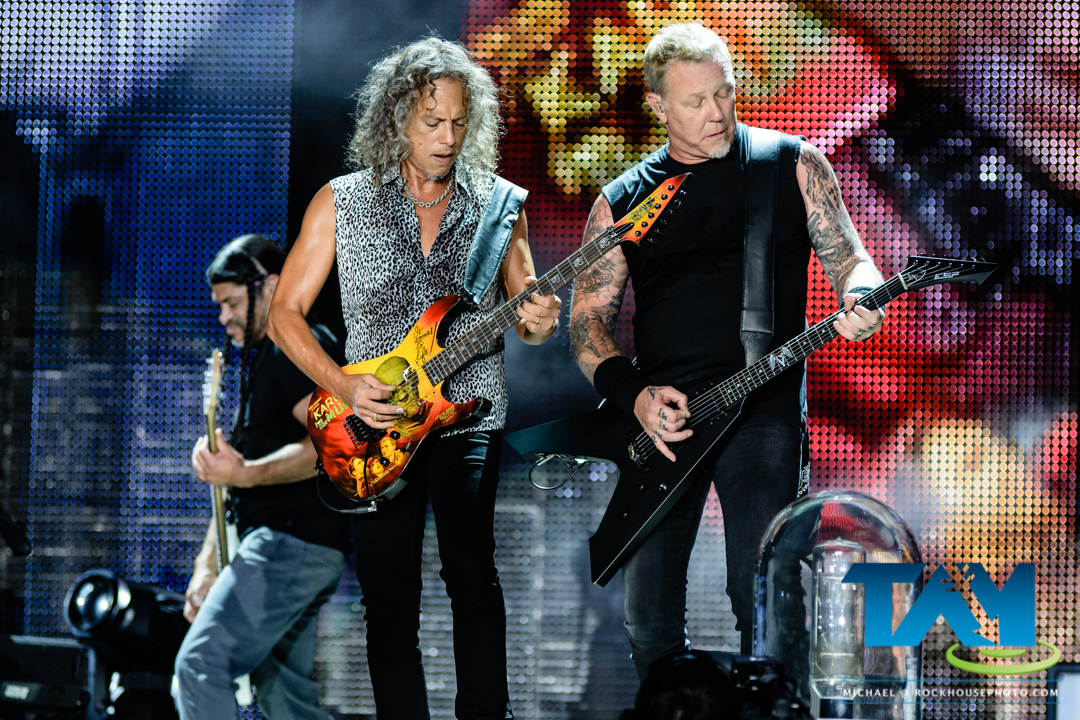 At the end of the first two songs, singer and rhythm guitarist, James Hetfield said hello to the crowd and announced “I like what you’ve done with the place,” as he motioned around to the stadium. As the roar from the crowd subsided, he got serious for a moment and spoke to the audience about inclusivity at the show.

Before we go any further, we want to say something… All are welcome. Metallica doesn’t give a shit. We are here right now to celebrate life. To celebrate live music. It doesn’t matter what race you are or what God you believe in. We are a family. The Metallica family.

Ironically, the band then then launched into “For Whom the Bell Tolls,” followed by “Creeping Death” off of the Ride the Lightning album, both of which were incredibly well received by the audience. The rest of the evening was filled with choice selections off of Hardwired… to Self-Destruct along with selections from many of their previous albums, dating all the way back to their debut album, Kill ‘Em All. 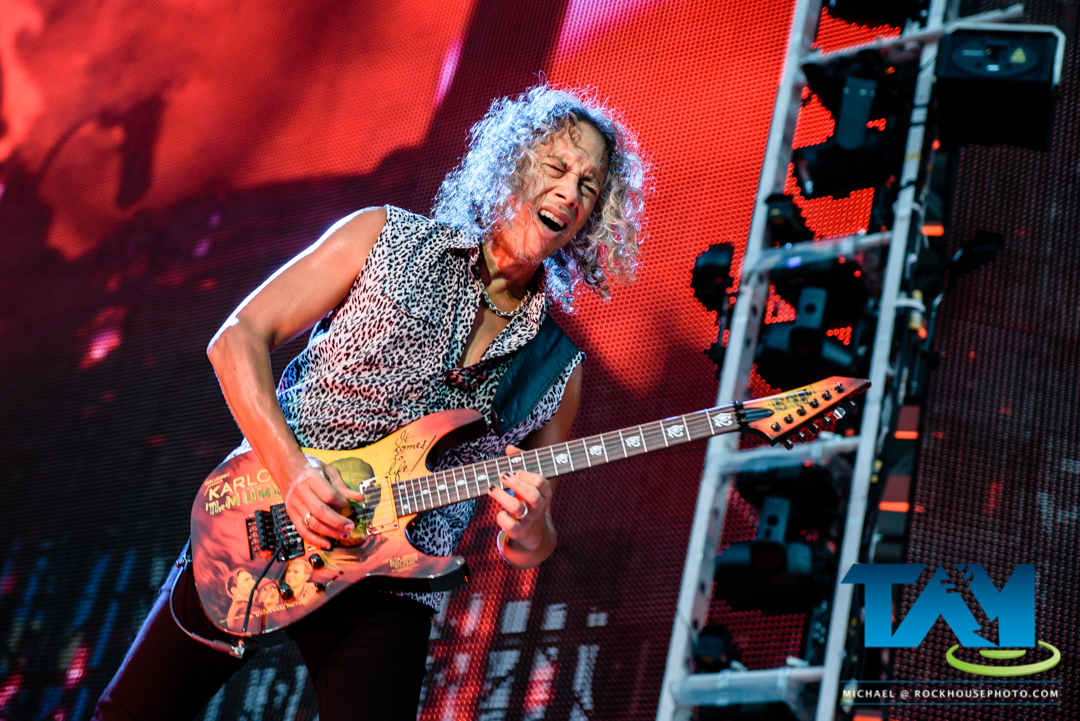 The selections off of Hardwired… to Self-Destruct included “Moth to the Flame,” “Halo on Fire,” and “Now That We’re Dead,” the latter of which included a long break in the middle of the song that found all four band members playing giant taiko-style drums for a few minutes.

During the intro of “One,” the sounds of war that can be heard at the beginning of the song echoed through the stadium, accompanied by lasers shooting into the audience in time with the machine gun bursts, and fireworks shooting up into the night sky, temporarily lighting up the stadium below. The band has always taken the extra step during their performances of “One,” but on this particular stadium tour, it felt as if the set and effects crews took even more pride in making the song hammer home the sounds and sights of a war-zone.

With over 35 years of music to draw from, it is always hard to please everyone. In an excellent, recent interview with Newsweek, drummer Lars Ulrich explained why the band plays certain songs in certain types of venues. It basically comes down to energy, intimacy, and keeping the audience engaged. It’s worth a read if you’re upset that they didn’t play any of their longer songs off of albums like Death Magnetic or …And Justice for All. 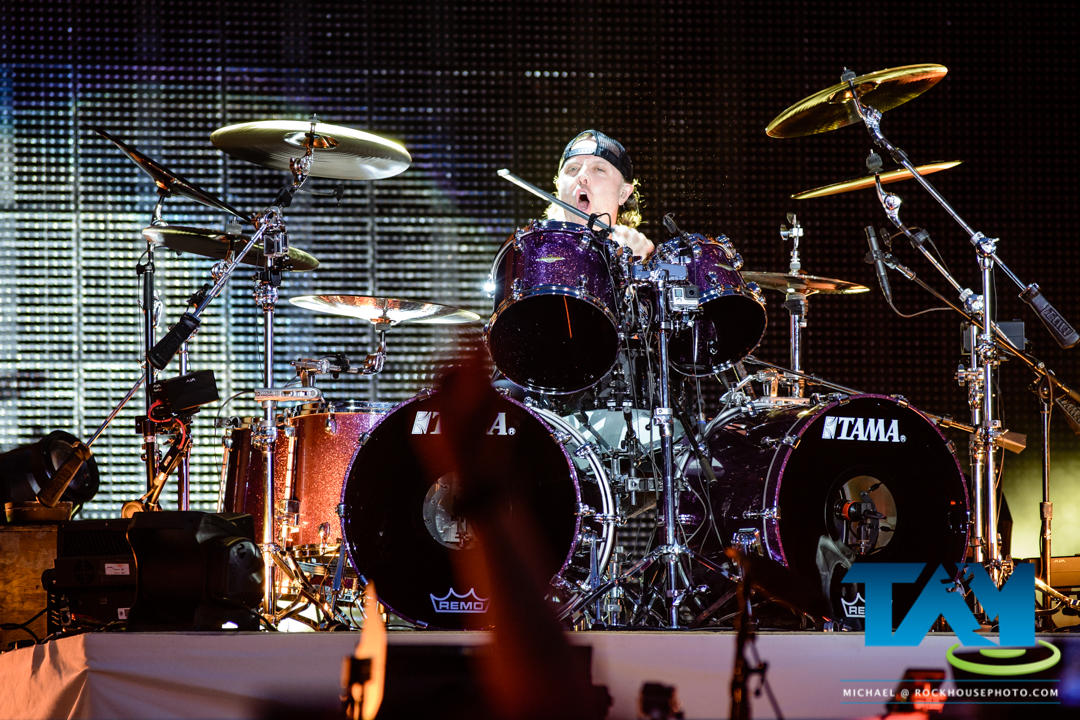 At the end of the night, after their encore set of “Battery,” “Nothing Else Matters,” and “Enter Sandman,” a prepared video for Atlanta played to the crowd as they began filing out and heading home. You can see that video below, along with Metallica’s full set-list, and photo galleries of all three of the bands  performing in Atlanta.

If you find yourself faced with the chance to see Metallica on the Worldwired Tour, embrace the opportunity and go see it. It will prove to be one of the biggest, most spectacular concerts ever performed.

Metallica’s set-list from Suntrust Park in Atlanta on July 9, 2017