by Barry Adkins
with no comment
Better B#InterviewsMusic News

Welcome, ladies and gentlemen, to the final segment of my interview with the wonderful Jeff Waters of Annihilator.  As you may have caught in my first, or even second, interview segment, we’re talking about the band’s new album, Suicide Society.  In my personal opinion, it is a marvelous example of modern day thrash metal with the ability to run amok every now and then with a softer, more melodic side.  But in case you’d like a second opinion, my fellow contribute Jerel Johnson has written a review of the album.  Give it a peak!

In this final segment we discuss Jeff’s time as a musician’s advocate, getting them out of crappy record deals and contracts; a spat he had with a former bandmate over the release of Annihilator’s “Ten Years In Hell” DVD; as well as delving into whether he’s ever ghost-written any pop or country tunes.  Tune in to find out!  And just a reminder that there is a convenient Table Of Contents available in the Youtube description to help you jump around.


Check out Annihilator on tour if you get a chance! 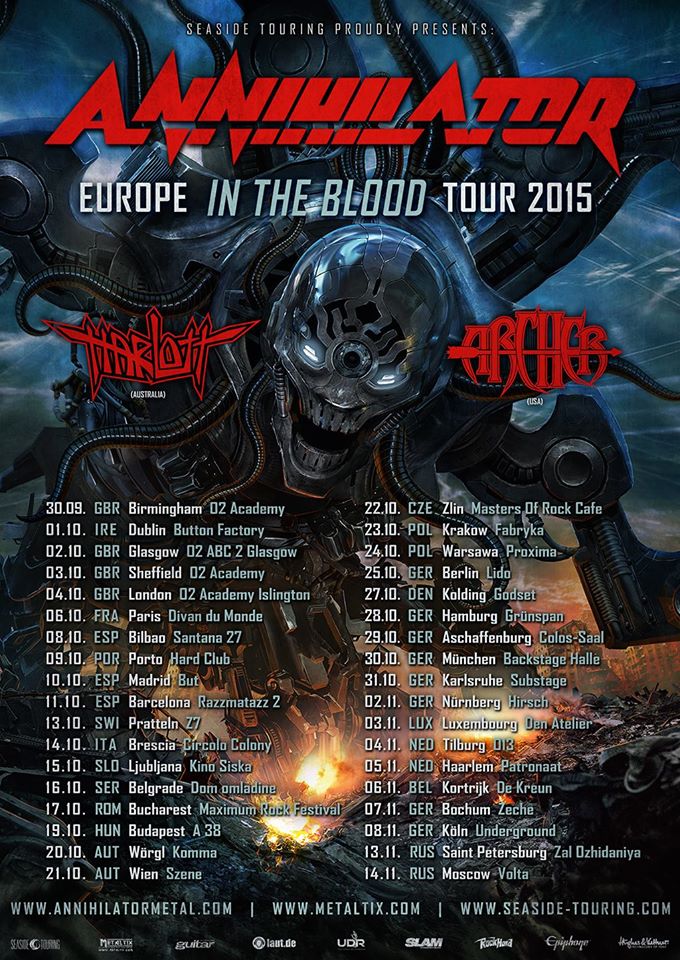