Photo above courtesy of Rachael Griffiths at Black Lotus Photography.

Nine years ago I walked into a now defunct rock venue to check out one of my favorite bands, Stuck Mojo. I was running late and worried I wouldn’t make it in time to see them start the show. Luckily, however, I made it before the opening act had finished playing a musical experience that would go on to completely win me over. They were Forever Never from the UK, and to this day, they remain my favorite band that I ever accidentally caught in concert (though there are some close contenders). I followed them until after their second album came out and I lost touch with their music, hearing only that their lead guitarist was leaving the band and the rest had decided on a hiatus. It came as some surprise to me then when the band resurfaced earlier this year with a new song and plans for a full length album. I reached out to them and have been honored to speak with lead singer, Renny Carroll, about their early work, touring the US, and especially regarding their new music. But enough stalling, let’s see what he had to say! 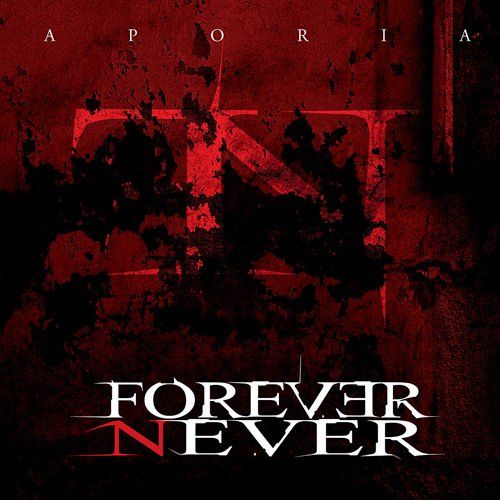 Nine years ago your debut album, Aporia, was released. Looking back on that release and the beginning of the band, what stands out in your mind the most?

Seems like a long time ago, and the songs on that album feel like a long way away from where we’re at now! Like any band’s debut album – the first batch of songs are not necessarily where the band intended to be, but they all make up the first “collection” of material. Still very proud of that album, and I look back on it fondly, but perhaps we were a little naïve going into that. I really wish the production was different now listening back, for example, but we were young and we didn’t really know quite exactly what we wanted.

That same year you took to the road with rap-metal legends, Stuck Mojo, touring across the United States. I maintain to this day that Forever Never is the best band I’ve ever accidentally seen live. Do you have any particularly fond memories from that tour?

That tour was a lot of fun for all of us, and I still feel privileged to have at least been out to America once to play for everyone. I think the tour in general was one long fond memory to be honest, meeting so many people on the road – some of which had never met a real life English person! It was a great cultural experience as well as a musical one.

Being from Great Britain and with your experiences of traveling across the US, what have you found to be most bizarre about us on this side of the Atlantic?

The funniest thing was just the broad spectrum of reactions we got from place to place. I’ve always said in places like Florida or New York, everyone there is pretty aware of tourists, so a British accent is not really a novelty. But when we were in places like Fayetteville, or Charlotte, I don’t think people were quite as used to it. I always tell this story and it kind of highlights this quite aptly: we were stopping off for gas somewhere in North or South Carolina – I forget exactly where – but our guitarist, George, went up to pay and ordered some fried chicken at the same time, to which the lady at the counter said “Y’all got a weird accent. Where y’all from?”, to which George replied “England.” She then replied with “What state is that in?”. We all thought that was pretty funny, but she shrugged when we said “Britain” and “United Kingdom” as well which was more surprising. Don’t worry, we don’t think you’re all like that – we have plenty of untraveled Brits as well! Haha!

The band took a hiatus following the I Can’t Believe It’s Not Metal EP, which I somehow managed to miss. Such a shame too, because it’s a very well done Covers release. But anyway, how do you feel the hiatus has affected the band? Was it necessary?

I think it probably was necessary, and all things considered, I believe it has done all of us some good. “You don’t know what you’ve got ’til it’s gone” and “The grass ain’t always greener” are both clichés which come to mind but I think they’re both relevant on this occasion. It’s just put the fire back in our bellies and we are savouring every moment that we are back on a stage!

Let’s talk new material. Forever Never recently put out a video and single for the song “Never Giving Up.” Killer groove and melody, and an apt song title for coming back from a break. Can you tell us about how the band got kickstarted again and how this song came together?

Over the course of a year I spoke to everyone in the band individually at one time or another and it became pretty apparent that everyone was up for getting back into it again. The music to the track was written quite a while before the lyrics, but it all came together pretty easily to be honest. And obviously because of the lyrical content it felt like the perfect song to re-announce ourselves.

I’ve heard that we’re in for a few more singles over the rest of the year and then hopefully a full length LP sometime next year.  Any hints or teasers you can share with us about what lay in store?

That’s right, as the plan currently stands, we are releasing another single in maybe October. That’s a track called “One Life,” which we’ve been playing in our live sets. We think it’s gonna be a massive song for us. It’s a massively uplifting tune, and explores more new territory in the FN sound. There’s quite a lot of material written towards the album as well, there’s a really wide spectrum of sounds in there and some real surprises.

Forever Never is known for having some intense and heavy grooves, even some keys, but will we see any electrifying guitar solos on any of the new material?

Yes! Absolutely. We’ve never been a band to follow the same blueprint for every song. We’ll always have guitar solos in our music – they just won’t be on every single song. If the song calls for it, we will have one and it just so happens we can call upon as someone as damn cool as G to lay down some soulful licks. We’ve expanded our soundscapes on the new stuff as well, experimenting with more piano and keys but also with synth bass and synth drums. Like I said, we’re really mixing it up and think it’s a really exciting phase of the Forever Never sound.

Members of the band have guested on other artists’ albums, such as Fozzy’s Chasing The Grail and two Stuck Mojo releases. With your own releases we also saw Benji Webbe from Skindred featured on Forever Never’s cover of “Boombastic.” I’d love to hear how these experiences came about and what it was like to work together.

Well, with the Stuck Mojo and Fozzy stuff, we toured with them both several times and Rich was a fan of my vocals so he asked me to get involved with some guest vocals. Then on the album Chasing the Grail, I actually did vocal production on 5 songs, which was really good fun to get involved with. I came up with the idea of the “Boombastic” cover while we were on tour with Skindred, so it was a simple question at the time really. Was amazing to work on that track with Benji and with Rich, who in the space of 10 years I’ve gone from fan, to friend, to collaborator! Amazing.

Does the new album feature any guests? Can you tell us who you’d like to collaborate with for any upcoming material?

No, it doesn’t. Yet, anyway. I think I would like to have one or two guests maybe on the new album, but not sure on what tracks yet. I would love to do another track (after “Exitdose” [from the album Forever Never]) with a female vocal. Lynn from Pvris would be amazing – think that would be cool as fuck. I’d probably like some unconventional guests on our stuff, from outside the rock world. That’s when some magic happens when you take someone out of their usual world and drop them into a different sound altogether.

Your music is getting attention from MTV Rocks, Scuzz TV, and even Kerrang. The new single has spent weeks upon weeks on Kerrang’s rock chart. Congratulations! What advice would you give to other bands who are attempting to get their music heard?

Thank you! It’s now 7 weeks on the chart (as of August 1) which is amazing. It’s gone down really well and we couldn’t be happier. Two words probably of advice: determination and perseverance. Oh, and sacrifice. You won’t ever get anywhere with music without making some form of sacrifice. It’s a long road, and it has ups and downs the whole time and you have to make some tough decisions, but if you love it as much as I do, there’s only ever one choice to make: Music.

I know the band has seen members come and go throughout the years, most recently with the departure of your longtime bassist, Kev Yates. I don’t imagine that ever gets easier. But what do you believe have been the band’s high point and low point up to the present?

This has been a real tough one as I started the band with Kev, so it has been a difficult one, but we both appreciate each others positions. So it’s at least been cool that we’ve been able to come out of it still as good mates. It’s certainly a low point emotionally for me, but at the same time you have to always see the sun through the clouds and think of the freshness that will come with some new blood. High point for most of us I think would have to be the packed tent at Download Festival 2009. That was absolute euphoria for half an hour. We just wanna do it all over again next year!

I want to thank you, Renny, for taking the time to answer a few questions. It has been a pleasure! To close out, what do Forever Never’s upcoming tour plans look like? Will the United States get another chance to see the group in the foreseeable future?

No problem. Well, we are currently getting our new bass player situation sorted, after which we will be getting in some dates before the year is out, and then we will likely get into recording mode. As for America, it goes without saying that we would love to get back out there, but it’s probably a little while off for the time being. Saying that though, with people such as yourself and the guys at X106.9 KMZK Colorado who have us on their A playlist helping to spread the FN sound stateside… who knows, it might be quicker than I think? Here’s hoping!