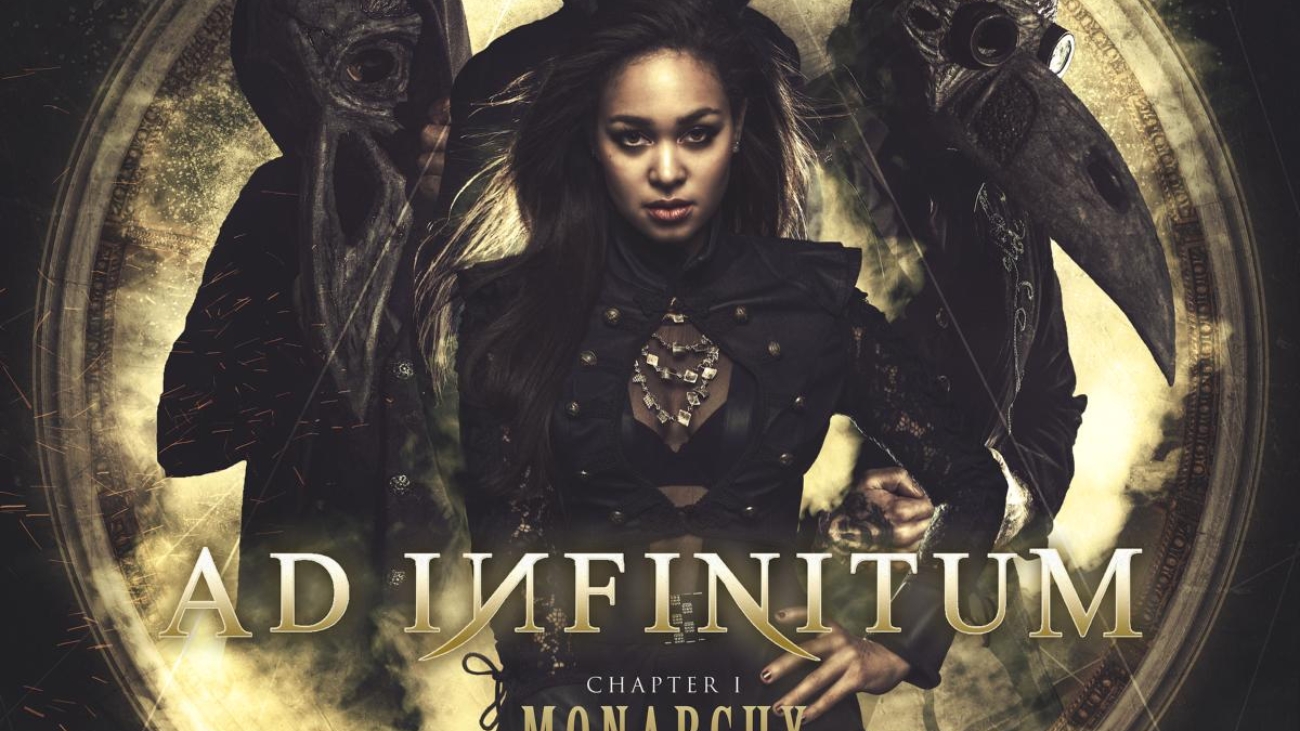 Swiss symphonic metal quartet Ad Infinitum’s debut album, Chapter 1: Monarchy, sounds as grandiose as its title directs. “Infected Monarchy” opens the album with a dream like piano and serene strings that build up as Melissa Bonny’s beautiful, yet powerful vocals commence and the guitars explode. The song transitions between tense drumming and heavy grooves interspersed with tranquil tempo changes while Bonny’s vocals soar above the chaos.

“Marching On Versailles” is a dynamic track with militaristic drumming accompanied with staccato riffing that echoes a march. The harmonious chorus contrasts with the song’s hard driving nature, and showcases Bonny’s vocal range. “Maleficient” is a hellish track with its churning riff and industrial like percussion. Guitarist Adrian Thessenvitz unleashes a nice lead during the song’s midsection before the song plods to its conclusion.

“See You In Hell” is one of the more accessible tracks on Monarchy, with its slow tempo and melancholy yet catchy chorus. It is no wonder that it is the second single off the record. “Fire and Ice” is an emotional ballad with its haunting bass line and halcyon guitar riffs that complement Bonny singing of a love as strong as the elements. “Revenge” is notable for its galloping tempo and baroque guitars that create a dark atmosphere of a person on the hunt for retribution.