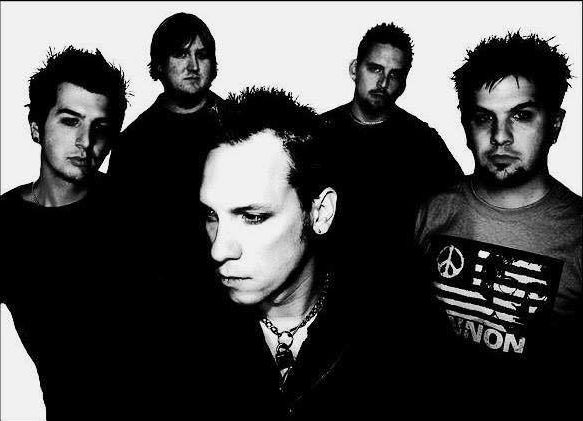 The right to a name in the music industry with Brad Cox.

I have the pleasure today of speaking with Brad Cox, frontman of Baltimore-area rock bands We Love The Underground, Skitzo Calypso, and Niki Thunders.

Brad, all those bands must take up quite a bit of your time.  How long have you been making and releasing music?

I started writing and recording music in high school with a good friend and inspiration, Mr. Dave Pace.  I’ll never forget the first recordings or people that helped give me a lil’ push on the back [when I needed it most].  I started recording the first Skitzo Calypso album in 1996 – the first track, “Blinds” was penned in a Best Western on Santa Monica Boulevard – the things you’ll never forget.  So, to answer your question, about 23 years.  Even before Skitzo Calypso, I was releasing cassette tapes under various names/aliases/monikers and guesting on a range of local projects.

I’ve heard that you’ve been having trouble recently concerning a copyright or trademark issue surrounding the band Skitzo Calypso.  Could you fill us in on the details?

So, it’s simple, and I hope my fellow local/regional friends can learn a little something here, and that’s that online vendors, such as, but not limited to:  Etsy, Amazon, iTunes, CD Baby [and beyond] will not adhere to common sense, arbitrate or defend you in any capacity – essentially, contract law has tied their hands.  They won’t even talk to you.  Try finding a phone number for iTunes legal, I’ll wait.

In short, last Saturday night, November 4, I received a trademark complaint from CD Baby stating that a rap artist in California trademarked one of the words in our band name and that we were no longer allowed to use said word in our releases: Burning Down an Empire, Between the Lines & Beyond the Static, and The Shattering.  Due the complainant’s obvious neglect to challenge our other works, it became clear that the he was simply targeting anyone and everyone with said word in their name.  I’m reluctant to even identify which word [it was], because I don’t want to give this person any more attention than he deserves.  This isn’t the behavior of an artist or even a savvy businessman, it’s an act of harassment, by exploiting the vulnerabilities of online communities and contracts.

I think my good friend and drummer of Skitzo Calypso/We Love the Underground said it best: ‘You don’t make a name for yourself by trolling the web or buying a word, you do it by putting on solid musical performances and writing and releasing the best music you can.’  He’s correct – if anything this claim just points to the depths of the claimant’s insecurity and lack of actual substance.  On its face, it’s a false trademark infringement claim, which I now have the burden of unpacking.

The law is explicit: ‘First to Use’ not ‘First to File’.  His profile on the US Patent and Trademark Office website identifies:  FIRST USE IN COMMERCE: 20150120 [IE:  January 20th, 2015].  His trademark also only covers live performances, video production and audio production; it doesn’t state prerecorded audio.  Aside from the fact that his trademark is completely invalidated by our ‘First to Use/First Use in Commerce’ history, via financial records, tax filings and other such trails of our existence, the online vendor [who caved to an unreasonable ‘takedown request’] will not get involved.  They basically leave the burden on the seller to absolve the issue with the claimant.  So, literally, anyone could say anything, and your product is coming down until an agreement is reached between you (or your lawyer) and the claimant.

What have you tried thus far to resolve this conflict?

I reached out to the individual and tried a very human approach – I explained our situation, our history, catalog and passion for music, with a request to withdraw his complaint from iTunes.  It took him a few days to respond, but he basically stated, ‘As an active musician, there are just too many bands with this particular word in their name.  I hope you understand.’  Great, I’m glad that you chose something so generic, that you feel a need to hold other peoples’ music hostage – so, basic!  Well, that’s fine, but if he did his homework he’d realize that there’s also a metal group in California that could trump his claim and get his product booted.  I’ve done a lot of homework on this guy.  He has zero legs to stand on and will be met brashly with attorneys.  It’s not really about Skitzo Calypso, it’s about standing up for ourselves [and others that may fall victim to such attacks] and for what’s inherently right.

To put this whole thing into perspective, our first album dropped when this individual was 7.  Our first documented online sales [from CD Baby] date back to 2003.  That doesn’t include the duplication of records and other various products that pre-date the convenience of online platforms.  It appears my only recourse is to follow the proper channels and to lawyer up.  Plain and simple, the longer this goes on, the more potential sales we’re losing and fees that will pile up.  It’s lose/lose for this individual.  They say you catch more bees with honey – if he wasn’t so short-sighted, he’d realize that artists working together [on a local/regional level] can have a mutually beneficial outcome.  The world’s a much smaller place in the age of digital media.

From the sound of it, this could easily happen to any musician or band.  Do you have any advice for others based on your own experience?

Don’t be bullied.  Don’t back down.