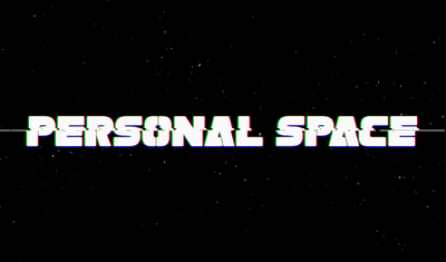 “Personal Space” – A Scripted Drama About an Unscripted Reality Show

You’re on the generation ship Overture in deep space. You’re part of a crew that serves a 25-year shift, and once your shift is done you’ll go back into cryosleep. To help you stay sane, there’s an interactive therapy program with which you can talk out your frustrations, concerns, worries, and struggles. What you don’t know is that all your therapy sessions are being transmitted back to Earth and edited together to create a reality TV show.

Welcome to Personal Space, a new 28-episode Kickstarter-funded comedic drama web series three years in the making that launches on Amazon Video on Friday, March 2. It takes place in an alternate present day in which the development of space travel came decades earlier than what it did in our reality. So that only one set had to be built to keep costs at a minimum, the show makes clever use of a single stationary camera which captures each of the crewpersons’ confessional sessions. Secrets are revealed, mistrusts of each other are mentioned, annoyances at others’ behaviors are aired. It’s when the therapy computer starts playing back edited bits to the crew that things start to heat up.

The cast of Personal Space has an impressive sci-fi pedigree, led by Battlestar Galactica’s Nicki Clyne (Cally) as Second Shift Commander Gail Gartner and, in one of his last performances before his death, Richard Hatch as First Shift Commander Robert King. First shift has retired and it’s Second Shift’s turn to take care of the ship, but King doesn’t really trust them, so he stays awake a little longer to help advise the new team (causing all sorts of problems, like with air and food rations). Gartner is a young, optimistic, wide-eyed newbie who others assume got her position because of who her parents are. The cast also features Star Trek: Voyager’s Tim Russ as Engineer Jeff Lipschitz, who apparently makes a killer quac; Stargate SG1’s Cliff Simon as Overture captain James LeBarre; Son of Anarchy’s Kurt Yaeger as Second Shift Engineer Leonard Freeman (at some point in the series I assume we’ll find out why he wears no shoes and only one sock); Sean Persaud from Edgar Allen Poe’s Murder Mystery Dinner Party as the Second Shift doctor Stanley Blaszkiewicz, the annoying prankster whose job is to monitor the well-being of the cryogenic passengers; and Vivi Thai as Second Shift Botanist Deborah Li–the computer calls her “deBORah” because she refuses to clarify the pronunciation of her name, and her hair gets flatter and flatter as she runs through her ration of hairspray. Rounding out the cast are Julie Aks and Brent Bailey, hosts of the reality show. She is a tough-as-nails go-getter who adopts a perky, E! Entertainment persona on camera; he is her hapless co-host who worries about the legal implications of what their company is doing and awkwardly tries to make “that’s what she said” jokes that never quite work. The series begins innocuously enough, with confessions mostly to do with interpersonal annoyances. But Personal Space quickly displays the rich potential of its premise: We learn that Commander King is hiding something in his computer files that no one else must see. Later, the therapy computer takes a quote from King’s recorded session, edits it, and replays it for Gartner. Clearly, the crew is being manipulated to ramp up the tensions between them. In the first episode we see King installing a software update to the therapy computer; is this update corrupted? Has it been tampered with to make the computer needle the crew in certain ways? Or is someone back on Earth hacking into the system and feeding the computer prompts? Either way, with 28 episodes to go, I predict that the situation between personnel will grow quite ugly. Will the crew learn that their secrets are the subject of a reality TV show? How will they react? And what will that mean for Season 2 (the show’s website has already teased a second season with the casting announcement of Tahmoh Penikett of Battlestar and Dollhouse fame)?

With its unusual presentation (everything we see is from the point of view of a single camera, meaning we never see any part of the ship except for the cabin where the crewpersons conduct their confessionals), Personal Space relies on the writing and the performances. Fortunately, the show boasts a solid cast who deliver the material in a believable way and connect the characters to the viewer. Hatch gives his usual reliably strong performance as King, fretting over the fitness of the relief shift and panicking over the information he’s hiding. My favorite among the cast so far (having seen the first five episodes) is Persaud, playing the mischievous “Blasto” Blaszkiewicz. He hints at not having any friends; does he assume the brat routine to hide his loneliness?

There’s a great deal to learn about each of the crew members aboard the Overture, and thanks to the company that has bought out the space program that launched the generation ship decades ago, everyone on Earth will learn about them.

Learn more about the show at http://personalspace.tv/