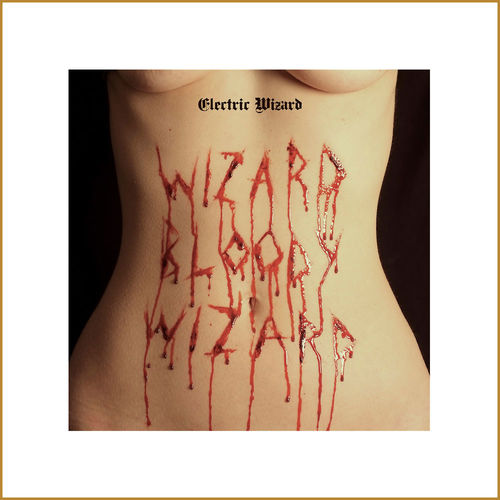 Electric Wizard keep the doom wheel rolling on its ninth record Wizard Bloody Wizard. Six songs of bluesy sludge wrapped in psychedelia, the occult and melancholy. The record’s initial single “See You In Hell” is a primordial blues stomp akin to Black Sabbath. Front man Jus Osborn’s signature dissonant vocals wail through like a drunken mage while bassist Clayton Burgess keeps the bottom end depressingly groovy. “Necromania” is heavy psychedelia with its fuzzy guitar effects and light drumming. The song’s haunting lyrical content bizarrely fits the musical mood as though we are witnessing a satanic ritual in London circa 1969. The intro on “Wicked Caresses” perfectly creates the haunting mood on this track with pounding drums and minor guitar chords. This track moves and grooves thanks largely to Simon Poole’s drumming. Album closer “Mourning Of The Magicians” is the album’s magnum opus. An 11 minute elegy with a driving bass line that conjures a picture of people marching in a funeral procession. Jus’s despondent vocals capture the downcast aura on this track. It is beautiful in its sadness and relishes in its finality, especially with the line “here’s the darkness/ that you always wanted.”

Many point to Electric Wizard’s 2000 release Dopethrone as the band’s finest work and it is hard to disagree. However, Wizard Bloody Wizard shows the band is still capable of producing ear deafening doom metal 24 years since its formation. There is a looming darkness on his record even during its light moments which comes through in the muddled fuzz and feedback. Yes, the production is muddy, but not amateur or poor. It harkens to the production of Sixties and Seventies hard rock and metal records, only with a modern polish. The major weakness is the tinny sound of the guitar leads. There is some great lead guitar work on Wizard, unfortunately it is sometimes drowned out by the rhythm guitar and bass.

Wizard Bloody Wizard gets its point across in six songs which is Electric Wizard do sludge metal like no one else. Sure, this record is not up to par with the band’s earlier releases but that means little in the long run. The band’s heaviness has not dulled and the epic “Mourning Of The Magicians” is one of the band’s best songs. Pick this record up if you love the band or need some doom to crush your ear drums.