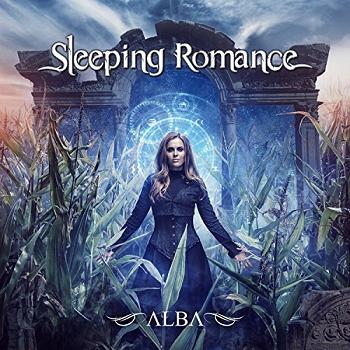 Sleeping Romance’s sophomore effort, Alba, is prime with heavy riffs and soaring operatic vocals. “Where The Light Is Bleeding” is a crushing track with pounding guitar riffs interspersed with piano and strings that accentuates the somber mood of this song. “Lost In My Eyes” is a fast paced catchy tune with intricate guitar harmonies that are both beautiful and haunting. Vocalist Federica Lanna’s voice is so serene yet powerful as she sings of fighting to uncover the truth. “Touch The Sun” continues the theme of self-discovery and determination. Musically, the song is groove oriented and features horns during the track’s midsection. “Forgiveness” is one of the longest songs on Alba and the centerpiece. A song about a scorned former lover, the emotional content of the lyrics makes way for a musical roller coaster of baroque riffs and guitar virtuosity. “Across The Sea” is a placid ballad that paints a picture of a crew resting for the night as the ship sails to its next destination. The title track is the penultimate song and barges in like an army through the gates of its enemy’s castle. The rolling percussion crashes like a battering ram while the guitars are lockstep in the melee. The unorthodox rhythm changes on the song add to the chaos making this a thrilling track from beginning to end.

This record is notable for its superb musicianship and songwriting. I have stated numerous times that symphonic and power metal bands are infamous for crafting pretentious compositions that go nowhere. That is not the case on Alba, as the songs are catchy but maintain a degree of complexity. The duel guitar attack of Truzzi Federico and Fabrizio Incao is both pulverizing and grandiose. Lanna’s vocals are strong and coherent and complements the sonic assault backing her.

Alba is a very good record and perfect for the season. There is a cold, rigid emotion on this album which makes it suitable for the Autumn and Winter. The album is somewhat accessible for casual fans of metal, although some tracks are fairly heavy. That being said, fans of Delain, Xandria or Serenity should definitely check this album out.

For news and tour dates check out the band’s website: