Atlanta welcomed back AWOLNATION February 27, filling The Tabernacle with fans of the versatile, genre-spanning band out of L.A., best known for the 2011 smash hit “Sail.” Earlier in February 2018, the band released its third studio album Here Come the Runts, driven by lead single “Passion,” an upbeat dance/rock song that is one of the best AWOLNATION has ever produced.

After a short but passionate set from opener Nothing But Thieves, AWOLNATION’s front man and founder Aaron Bruno took the stage in a straw hat and a long cape flaunting the album title, and started the night with the title track of the new album. Trading the cape for a pair of rather comfortable looking denim overalls, Bruno launched into “Hollow Moon (Bad Wolf)”, the epic hit from 2015’s Run, inspiring a sing-a-long throughout the crowd, which continued with “7 Sticks of Dynamite” and “Passion.” Bruno was a nonstop ball of energy on stage all night, darting from side to side and keeping the crowd hyped. 2011’s debut album Megalithic Symphony got some love with “Kill Your Heroes,” and fan favorite “Soul Wars,” which had everyone dancing almost uncontrollably. (AWOLNATION songs tend to have that effect.)

Fantastic new songs “Miracle Man” and “Stop That Train” kept the energy high, until things slowed down with current single “Handyman,” during which Bruno took to the balcony to sing among some lucky fans who were loving every minute. Bruno’s easygoing, fun vibe spread through the crowd as they sang along, creating a one of a kind camaraderie and many happy faces throughout the room. After a short break, the fans demanded an encore, and the band obliged, returning to the stage with the electronic, bass-driven “Run,” the chaotic and heart-pounding “Burn It Down,” and ending the night with the incomparable “Sail.” 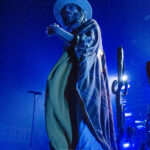 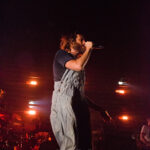 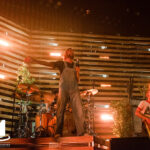 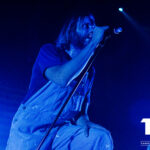 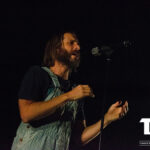 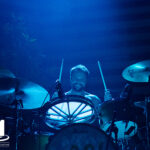 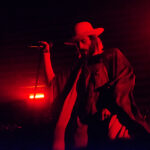 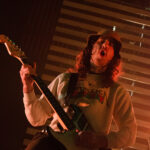 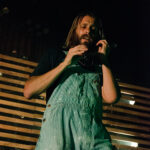 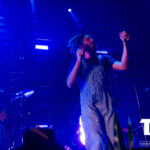